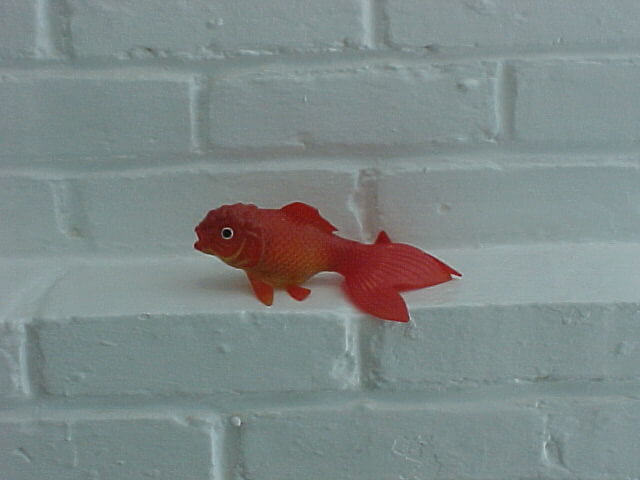 You think choosing the most suitable college was difficult? Well, wait until you get to the student housing part.

There’s no denying that New York City is a schooling paradise. There are hundreds of world-class undergraduate and graduate colleges to choose from- including two Ivy League universities. Sadly, it comes at a cost.

For starters, college tuition is astronomically expensive. Going by the 2017-2018 academic year report, the average cost of tuition for undergraduate students based in the state of New York is $6,870. Students from other states, on the other hand, end up paying double. Their average is $13,554.

And that’s not all. The situation is much worse for graduate students. While New Yorkers are paying an average of $11,702, out-of-state scholars are forced to dig deep into their pockets for $22,503 per year.

Certainly not a walk in the park, right? Unfortunately, your troubles don’t end there. Accommodation, as it turns out, is equally expensive. Both undergraduate and graduate students are paying an average of $13,827 for housing this year.

Combine that with $1,073 for books, and the average cost of attendance sums up to $21,770 or $26,601 for undergraduate and graduate New Yorkers respectively. Out of state students, on the other hand, pay a total of $28,454 for undergraduate courses- then graduates fork out a whopping $37, 153.

Now, the worst bit is- there’s barely any hope for costs reductions in the near future. As a matter of fact, they have been increasing progressively in the recent past.

But, at least there’s some good news. Although you cannot control the tuition fees, you have a wide range of options when it comes to accommodation. If you approach this strategically, it’s possible to find cheaper housing. Most importantly, even if you ultimately settle for costlier options- the point of this guide is getting you ideal student housing in New York at a reasonable price.

So, let’s get started with the types of student accommodation available in New York City.

Airbnb was initially created to facilitate travelers and tourists. But it has since morphed into a completely different thing altogether. Even students can now capitalize on the platform to secure both short and long-term housing.

That said, Airbnb would be ideal for students taking short courses that typically don’t run through an entire academic year. Long-term leases are also possible for students with have unusual semester dates.

The best thing about this option is that you probably won’t have to pay any of the bills directly. Plus, it’s pretty flexible- you can proceed with either nightly or monthly rates.

Unfortunately, it might take you a while to find a perfect deal. And when you pay for one, the site takes a percentage cut from the final sum- consequently making the whole thing more expensive.

Subletting is basically the process of renting part of a house from the principal tenant or owner. This option is popular among short-term students seeking off-campus accommodation.

Thankfully, finding one shouldn’t be a problem at all. There are multiple platforms where property owners and tenants list their properties for subletting. You could, for instance, start off with social media to get an overview of the available units.

Well, you’ll possibly fall in love with sublets if you’re seeking the convenience and security that comes with shared properties. However, and rather ironically, this also introduces a complication. You’ll notice that living with the principal tenant can be restrictive to some extent, especially with strict house rules.

On-campus housing is probably the first thing that comes to mind when you think about student accommodation. It essentially refers to units that have been purpose-built by colleges to house their students within the campus precincts.

They are particularly suitable for students who are unfamiliar with the city- since they save you the trouble of commuting to and from school on a regular basis.

The subsequent prices, however, are not standard. What you end up paying depends on your school’s housing volume, location, and amenities.

It turns out that purpose-built units are not always owned by campuses. Even private developers are increasingly capitalizing on the growing student population in New York- by offering specialized accommodation units.

Although some are seemingly identical to on-campus housing models, designated off-campus units usually provide extra amenities like study rooms, package services, laundry, and more. And that, of course, is ultimately reflected in the pricing. So, all factors considered, this type of unit ends up being costlier than its on-campus equivalent.

And now the big question- what’s better between off-campus and on-campus student housing?

Well, there’s no straightforward answer to that. What’s suitable for you depends on several distinct variables that affect each of these models.

At the top, of course, is rent. While most people tend to believe that off-campus is always costlier, it turns out that there are a couple of notable exceptions.

In Queens, for instance, the average monthly rent for a single room on-campus unit at St. Johns is higher compared to its corresponding off-campus equivalent.  And the same applies to Queens College. The difference is even much greater when you shift to colleges like Brooklyn College, College of Staten Island, and Fordham.

Interestingly, the tables turn when it comes to the affluent areas of New York City. At NYU located in Manhattan, for example, off-campus single-room housing models are 23.5% more expensive than their on-campus counterparts. At Pace within the same borough, the difference increases to 29.7%, then 53.4% at Columbia, and 69.9% at Hunter College.

That said, off-campus student housing typically offers more amenities that students find helpful. However, on-campus units make up for this by providing increased convenience and reduced rates on meals. As a result, the average cumulative cost of living has always been slightly higher for off-campus dwellers.

This year, the average annual cost of living for off-campus students is $15,285. Compare that with the average on-campus spending of $13,827.

Now let’s get to the practical bit of hunting for an ideal accommodation unit. The type of student housing you ultimately settle for depends on your persistence and overall finesse.

First off, stop thinking entirely like a prospective renter and look both ways. Put yourself in the shoes of a leasing agent. What would be your principal strategies for filling vacancies while maximizing the profits at the same time?

Since students are usually perceived as naïve, many leasing agents lie about the number of available units for more negotiating leverage. The fewer the properties, the higher the consequent rates. Also, expect them to hold off information about extra charges like service fees. They might even bump up the prices especially during the peak months as new academic years kick off.

Then, of course, it goes without saying that you should search extensively- both online and offline. New York is a busy city serviced by sophisticated but efficient transport networks. So, feel free to extend your search beyond your college’s precincts to other neighborhoods strategically positioned along the transport nodes.

As you zero in on potential rentals, begin analyzing the finer details of each unit. A leasing agent is not an entirely trustworthy party when it comes to this. Hence, a thoughtful alternative would be seeking the truth directly from the horse’s mouth. GoHomeNY is just the perfect platform for this, thanks to its wide collection of unbiased property reviews by past and current tenants. They might help you identify critical red flags that you might have overlooked.

And finally, know when and what to negotiate. While it’s understandably difficult to persuade an agent to reduce their rates, a well-structured negotiation strategy might convince them otherwise. Properties that have stayed vacant for long, for example, can attract lower rates if you have a way with words. Also, avoid hunting during the peak summer season. Consider doing it earlier or much later. You might end up saving you several hundred dollars each month.

Sure, school’s expensive. And so is renting a place. So it might all feel a bit too overwhelming at times, especially if you’ve never experienced a real estate market like New York’s.

But, one thing you might appreciate overall is the versatility of college life. As you’ve probably noticed already, that’s one of the fundamental strongpoints in your arsenal. College students travel light, and they can put up pretty much anywhere. So, use that flexibility to your advantage by moving around when you need to. If another vacancy with better rates opens up, simply pack up your bags and relocate. Just one thing though- ensure your tenancy agreement is not restrictive about temporary leases.

And finally, remember- getting a roommate to split the bills makes the cost a little more bearable.