The Glass Cube At Apple’s Fifth Ave Flagship Is Finally Back, And It’s Stunning

The famous glass cube at Apple Fifth Avenue flagship store has been closed for renovations since 2017, but it’s gearing up to finally reopen!

Over the weekend Apple’s long-awaited, new-and-improved glass cube was unveiled, and it stunned us all! The new iridescent glass that’s currently on display shimmers in rainbow colors when light reflects off of it. While some reports state that the color is temporary and will once again be clear upon the store’s official opening, we’re holding out hope that that’s not the case—because who doesn’t love the mesmerizing colors and vibrant photo opp?

At 32-feet tall, the new glass cube comprised of only 15 glass panes as opposed to the previous cube that was made up of 90.

Apple’s “re-imagined” flagship is expected to be open 24/7 and will more than double in size from 32-square-feet to a whopping 77-square-feet! While an opening date has not been announced by Apple, there’s a message on the glass exterior that, according to 9to5Mac, reads:

“Beneath the surface of Fifth Avenue, you’ll soon discover a reimagined space where creativity is always welcome. A 24-hour store with doors open to the bright lights and big dreams of this city, ready to inspire what you can do, discover, and make next.”

The post The Glass Cube At Apple’s Fifth Ave Flagship Is Finally Back, And It’s Stunning appeared first on Secretnyc. 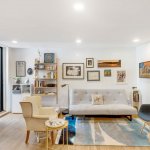 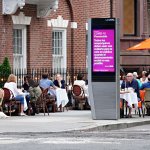 Everything You Need To Know About NYC’s Reopening
June 22, 2020 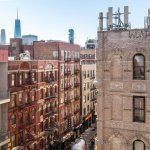