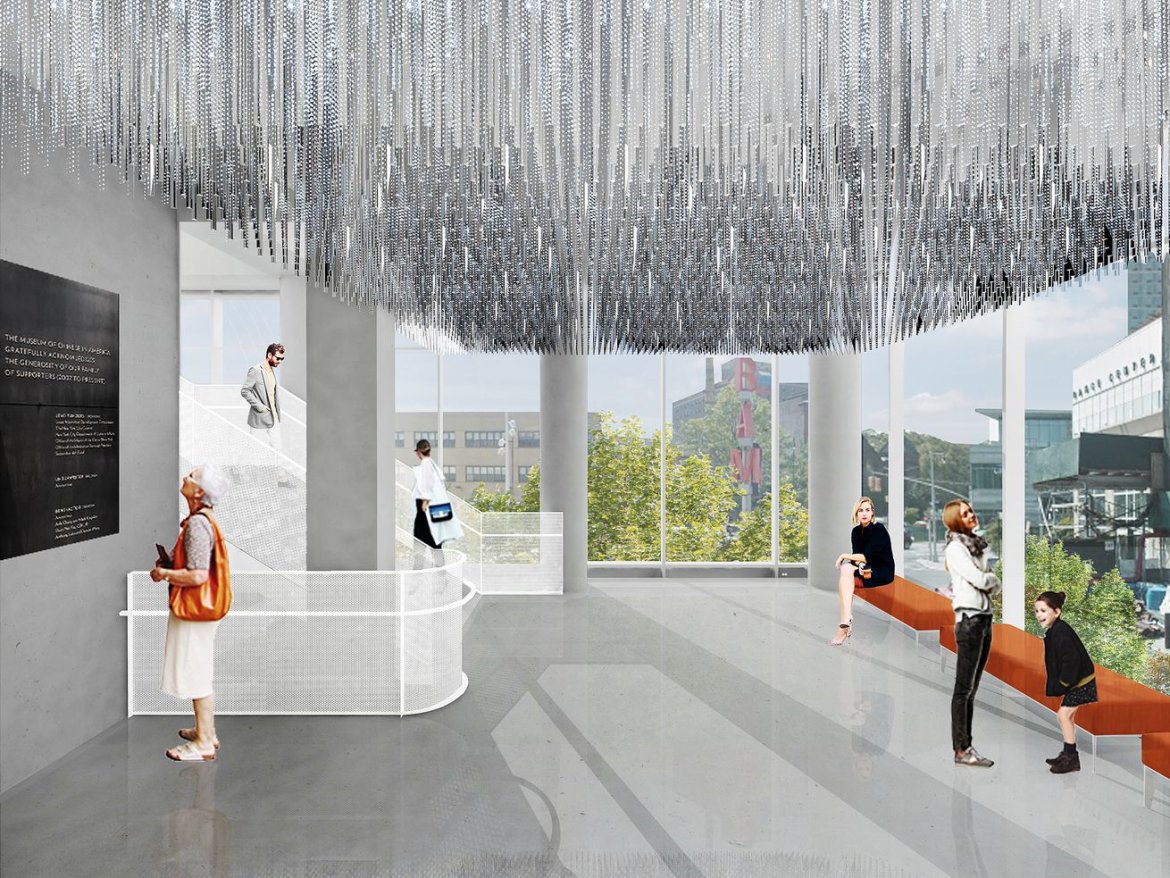 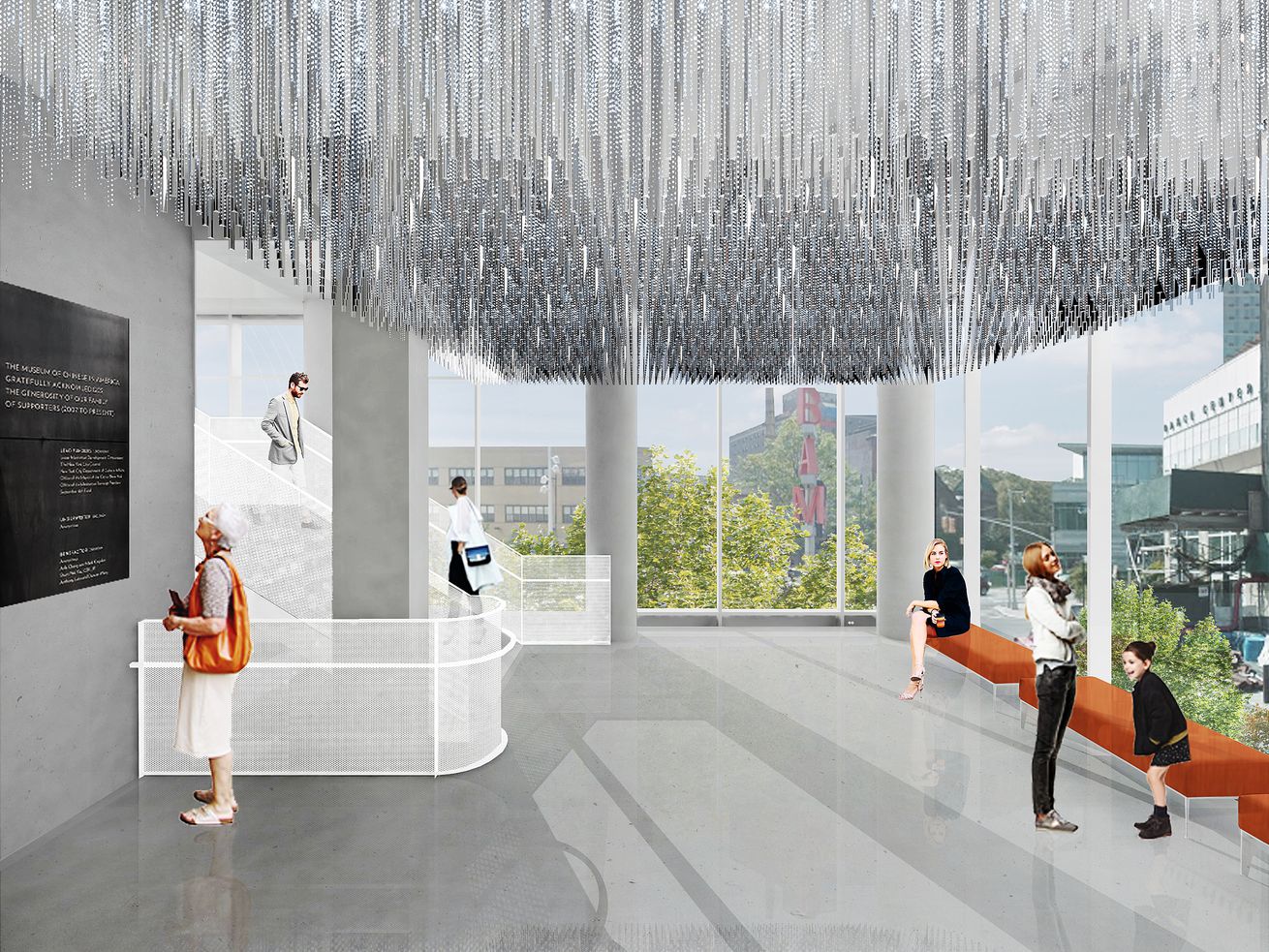 Rendering of BAM’s cinema lobby at the center. | Courtesy of TEN Arquitectos and Andrea Steele Architecture/NYCEDC

A long-awaited cultural center that’s part of the 32-story building at 300 Ashland Place in Fort Greene has finally broken ground. The center was negotiated as part of a deal between developers Two Trees and the city, to build additional residential density at the site, but progress has not exactly been swift.

Two Trees bought the site, a former parking lot, from NYC’s Economic Development Corporation (NYCEDC) in 2013, with the building eventually opening to residents in 2017. A public plaza surrounding the building debuted in the summer of 2017, wile the development’s retail components including an Apple Store and a 365 by Whole Foods Market opened in late 2017 and early 2018, respectively. But early this year, in February, EDC and Two Trees were still finalizing the deal to build the cultural center.

Located within 300 Ashland and operated by the city, the center—designed by TEN Arquitectos, Andrea Steele Architecture, and built by Skanska—is expected to be completed by winter 2021.

“The design elevates the public walk to connect the community to new resources,” Andrea Steele, principal of Andrea Steele Architecture, said in a statement. “While the exterior landscaped terrace has already become a vibrant destination and venue for dance performances, concerts, markets and festivals; the new cultural spaces will bring critical activation and extend the public realm within, resulting in a 360-degree panorama of city life.”