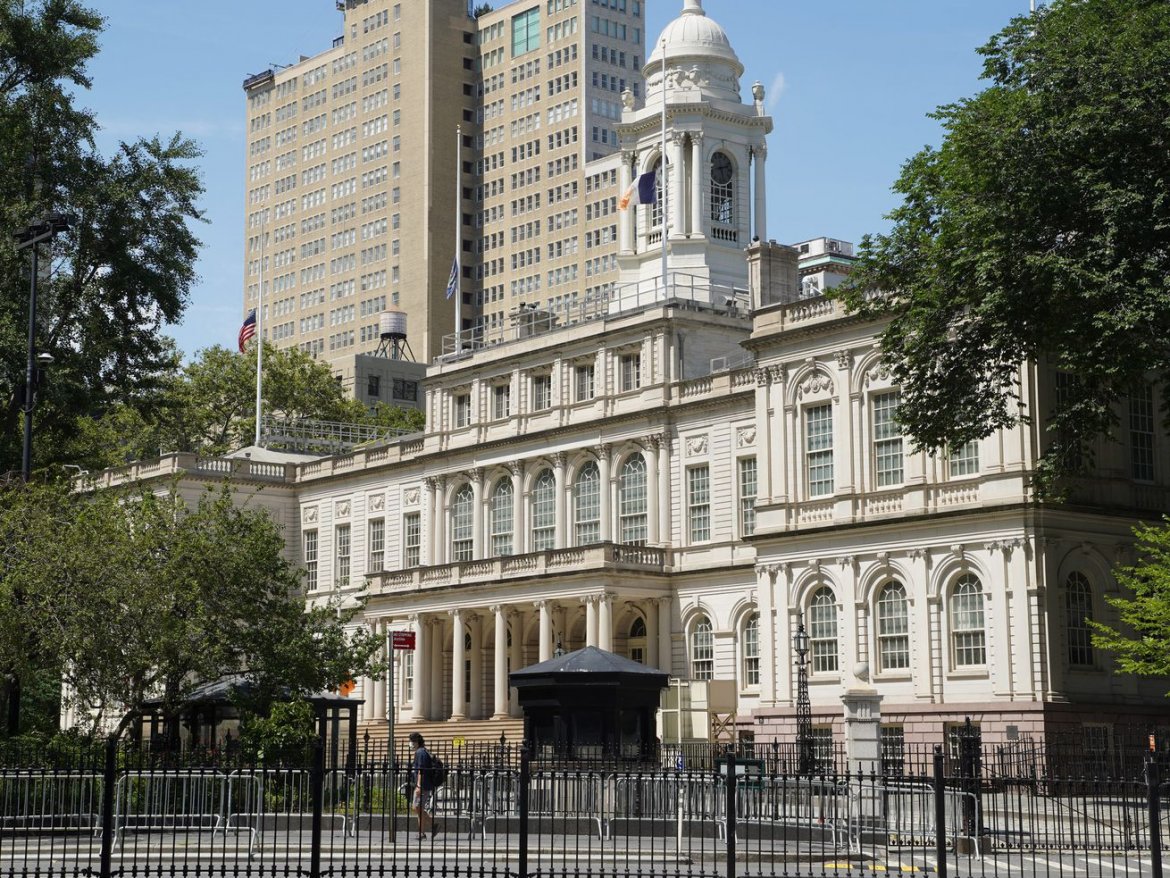 City Hall Park Is Still Under Lockdown, the MTA Has a Man Cave, and Other News 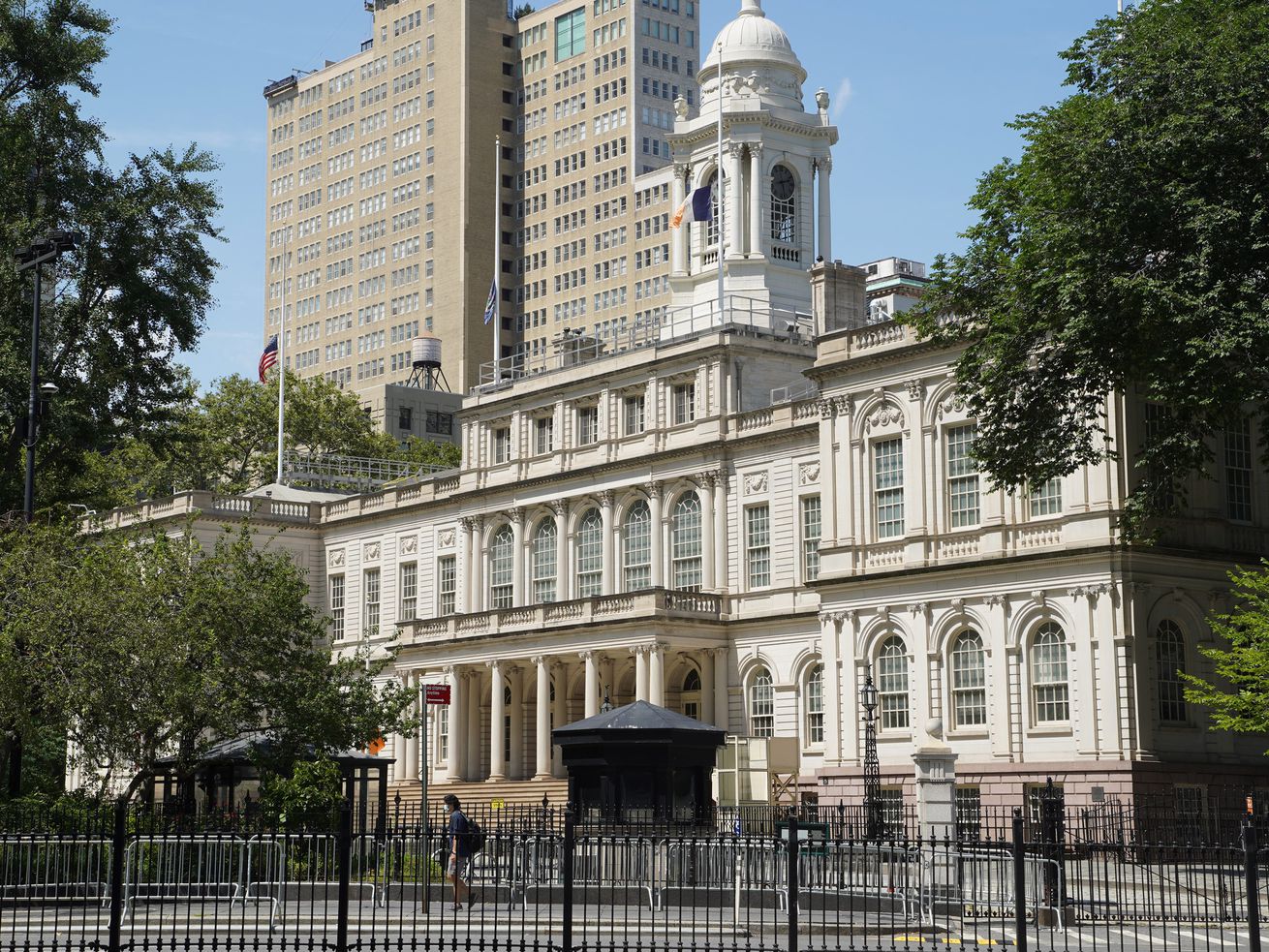 Here’s what’s going on around town this week.

For nearly a month this summer, the 8.8-acre green space surrounding City Hall was home to the Occupy City Hall protesters as they called on the mayor and City Council to defund the NYPD. The cops cleared out the encampment on July 22, and since then, the park — which has several grassy lawns, seating areas, and fountains — has been heavily barricaded, making it inaccessible to the neighboring lower-Manhattan community, and residents can’t get an answer as to why.

A group of neighbors called Friends of City Hall Park, Tribeca Citizen reports, has been trying to speak to the Parks Department, the NYPD, and the mayor’s office to advocate for the park’s reopening, but to no avail. “We remain locked out of our precious green space even as the lockdown relaxes,” Skip Blumberg, the leader of the Friends of City Hall Park group, tells Tribeca Citizen.

In the meantime, the group has been meeting weekly for “weeding sessions” to maintain the only piece of the park they have access to: the plant beds at the park’s Brooklyn Bridge entrance.

An NYPD spokesperson told Tribeca Citizen that there is no official date to remove the barriers but that the NYPD is in talks with the mayor’s office to continue to “ease restrictions.”

The MTA man cave, toxic ‘black mayonnaise’ in the Gowanus Canal, and other NYC happenings

After a local spike in the number of COVID-19 cases, six neighborhoods now account for 20 percent of all COVID-19 cases citywide, including a swath of southern Brooklyn that health officials have been calling the “Ocean Parkway Cluster.”

Three MTA employees brought the comforts of working from home to their workplace by secretly converting a storage room under Grand Central Terminal into a “man cave” tricked out with a futon, fridge, TV, and other creature comforts.

The clock artwork in Union Square that has kept time in hard-to-parse fashion since 1999 has been reset for a new countdown: the time left to take meaningful action on climate change.

The Strand’s director of marketing is opening her own secondhand bookstore on the Lower East Side, selling used books, vinyl records, and assorted antiques.

New York will rename the Brooklyn Municipal Building after Ruth Bader Ginsburg. That is in addition to another forthcoming monument in the borough.

An “early voting” gag got under way in Astoria, where what appears to be a paper shredder camouflaged with a Trump-Pence campaign logo appeared this week on the sidewalk, encouraging New Yorkers to “drop your mail-in ballot for President Trump here!”

The MTA is upgrading to robot workers and will deploy a new highlighter-orange, cranelike bot to the F train’s East River tunnel, where it will conduct precision drilling in the concrete as crews work to repair damage from Hurricane Sandy in 2012.

Helicopter tours of Manhattan — and their extremely annoying habit of hovering over Central Park — are back.

Ten years after it was declared a Superfund site, this November, the EPA will finally start to dredge the toxic “black mayonnaise” from the bottom of the Gowanus Canal.

The end of 2020 will, unsurprisingly, be marked in dully apocalyptic fashion in Times Square, which will be all but empty, its “virtually enhanced celebration” broadcast on TV.

This was supposed to be a banner year for reducing plastic waste in New York, with the city’s plastic-bag ban taking effect on March 1. The coronavirus wrecked that, too, leading to a sharp increase of plastic waste in the city.

The sickly scent of bath products will no longer waft along East 61st Street after home-goods retailer Bed Bath & Beyond closes that Upper East Side location and 63 others nationwide by the end of the year.

The International Center of Photography will offer visitors a look through the viewfinder of five photographers who captured New York during the height of the pandemic when it reopens its gallery spaces next week.

Further east, the Queens Museum also reopened this week, and its new shows include an exhibition that traces the 160-year history and transformation of Ridgewood Reservoir from Brooklyn’s onetime water source to an invaluable 50-acre open space in Highland Park.

Starting next month, you’ll be able to pick through piles of mantels, gates, and more architectural salvage at the new Hell’s Kitchen flagship of Olde Good Things, a leading purveyor of architectural antiquities.

For ten years, the Queens Memory Project has collected snapshots of life in Queens, from oral histories, to story quilts, to creating a community archive of old photos and moments. In celebration of that history and its tenth anniversary, curators of the project will share highlights from their collection with a Facebook Live event on September 30 at 7 p.m.