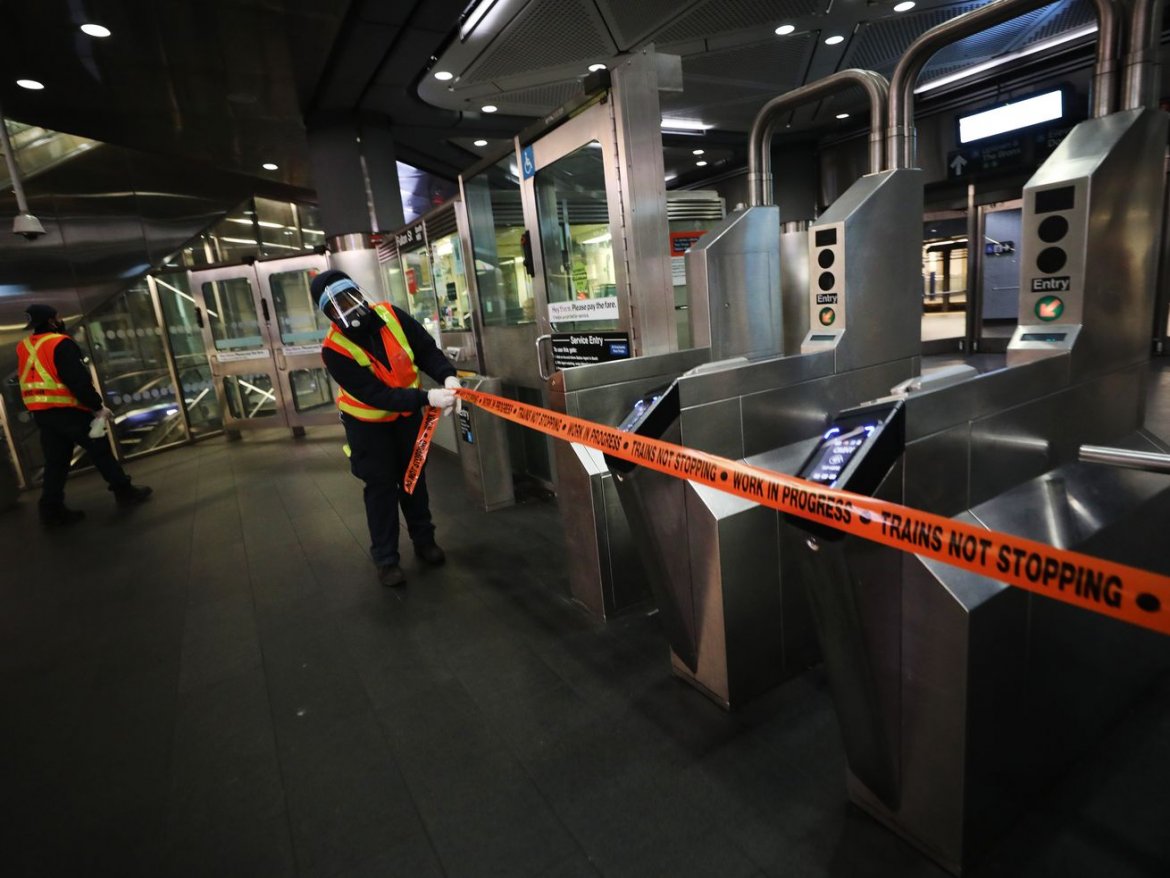 Did New York City just give up on public transit? 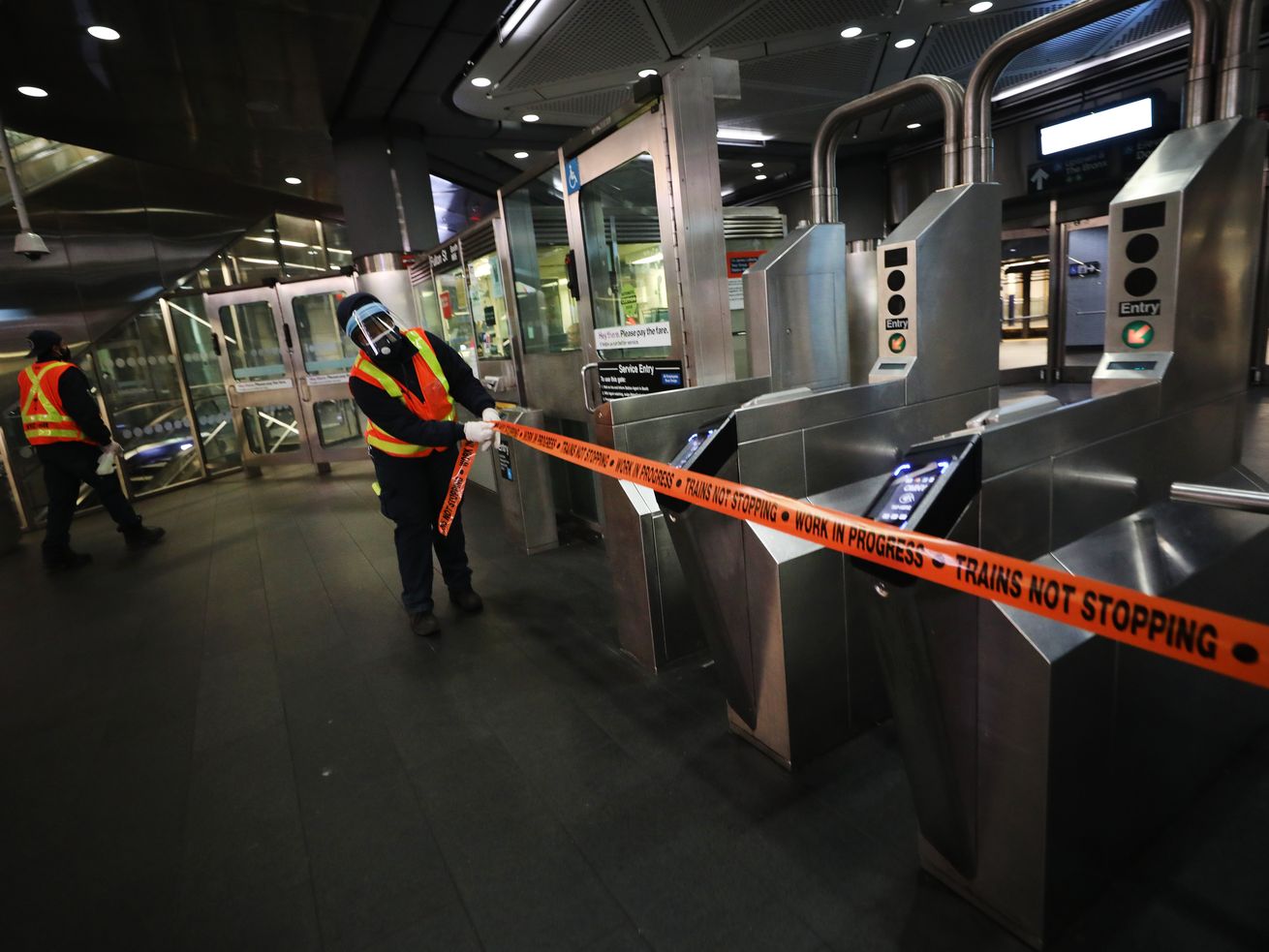 The subway has been unfairly demonized in the city’s COVID-19 crisis. | Photo by Spencer Platt/Getty Images

In the three months since Andy Byford resigned as New York City Transit chief, the U.S.’s largest transportation system has undergone an unimaginable transformation due to the novel coronavirus pandemic. Ridership has plummeted. Budgets have been decimated. And, in that short time, a two-tier transportation system has emerged, where the wealthy continue to work from home or commute in private cars, while essential workers ride crowded trains.

As Byford says a firm goodbye to New York—as of today, he’s accepted a similar job in London—his departure stings on a symbolic level. With Train Daddy leaving the station, the slim hope that, in the wake of this crisis, the city would somehow prioritize fair, accessible public transportation by making the trains work every day, for everyone, is also vanishing.

The new reality for the city is being demonstrated by New York Gov. Andrew Cuomo, who was spotted on Tuesday in Lower Manhattan immediately after ringing the opening bell—technically the “reopening” bell—at the New York Stock Exchange, which had been closed since March 23. You can see him, in a photo taken by NBC’s David Gura, whom the governor is yelling at through a blue surgical mask, as he toodles around Wall Street in a private vehicle that he himself is driving. It’s one of the many “muscle cars” the governor owns, and that morning he chose to drive one that just happens to be the same make and model as the city’s highway patrol vehicles.

The Governor of the State of New York, Andrew Cuomo, driving himself around Lower Manhattan: pic.twitter.com/EogD0DdqJX

Despite the fact that he’s driving down a street that’s restricted to cars—which I guess you can do when you’re a governor in a car you bought to make yourself look as if you were bestowed with superpowers—Cuomo isn’t doing anything wrong. In fact he’s just following the rules set forth by the fortress of capitalism he had emerged from, which, as part of its reopening plan, has barred access to its trading floor for anyone who rides public transit.

What the city doesn’t have now is someone like Byford—who by all accounts had the right ideas to repair the triple-whammy of service, maintenance, and reliability crises which had plagued the system—to center the needs of transit riders through the COVID-19 crisis. Maybe Byford, who did not get along with Cuomo, would have preemptively shut down the stock exchange’s rules for setting an inequitable, unsustainable precedent for the city’s reopening.

What New Yorkers need is information about the low transmission risk of riding the city’s subways, as evidenced by millions of people who are safely riding trains (with proper precautions in place) in cities today. As service is cut back, they need complementary emergency walkways and bikeways carved out of the streets above. They need overnight trains, the elimination of which has forced people who rely on them for nightly protection out onto the streets.

In the circuitous web of finger-pointing that has surrounded the city’s response to this crisis, and the ego-driven patriarchal pissing contests that may have made the crisis worse, it’s not worth going back over what might have been. So what, then, can be redeemed? New York City Mayor Bill de Blasio—who is also quite fond of driving through the city in his own overtly masculine vehicle, even if he doesn’t own it outright—refuses to see how his failure to act quickly to preserve the right to public transportation undercuts his “fair recovery” agenda.

The immediate crisis is that the people who live in a city where most people don’t own cars don’t have a safe way to resume their daily activities. As many experts have noted, the best possible path out of this crisis is a wide range of free, flexible transportation options—including the infrastructure that will prioritize those options. As Italian cities expand their bike lanes and sidewalks, residents of cities are given a $540 credit to use towards the purchase of a bike or membership, with the goal of freeing up social distancing space for people who still need to use transit. Make Citi Bike free for everyone. Swap out some taxis for open-air electric rickshaws. Give away roller skates!

Navigating future in the near-term lies in the hands of Sarah Feinberg, who took over as interim president of the NYCT after Byford resigned, and has recently been appointed to the Amtrak board. Apparently she gets along with Cuomo better than Byford. She rightly derided the NYSE’s decision. (“Did you see that?” she told New York Magazine. “They didn’t say, ‘You’re not allowed to come to work if you go to an unauthorized party in Greenwich.’”) But she also hasn’t committed to the role beyond an interim basis. Will she be able to deliver the transportation system New Yorkers deserve?

If you are looking for the dystopian vision of what New York City transportation might look like after coronavirus, there is no better example than what has already played out in Lower Manhattan this week. It’s not just about the discriminatory trading floor rules. Unless there is a major intervention from someone who can advocate for the hard-working, transit-riding people of New York City, anyone who doesn’t have the means to buy a car, or isn’t comfortable riding a bike, or can’t afford to live within walking distance of their job, or feels that their health would be compromised by riding in a taxi—they are all literally locked out of any opportunities to make money safely. And meanwhile, the governor, who has willfully imposed the conditions under which this will continue to suppress the city’s most vulnerable residents, who have already lost so much in this crisis, is doing a victory lap around Wall Street, ensuring the supremacy of those who already have money to spend.