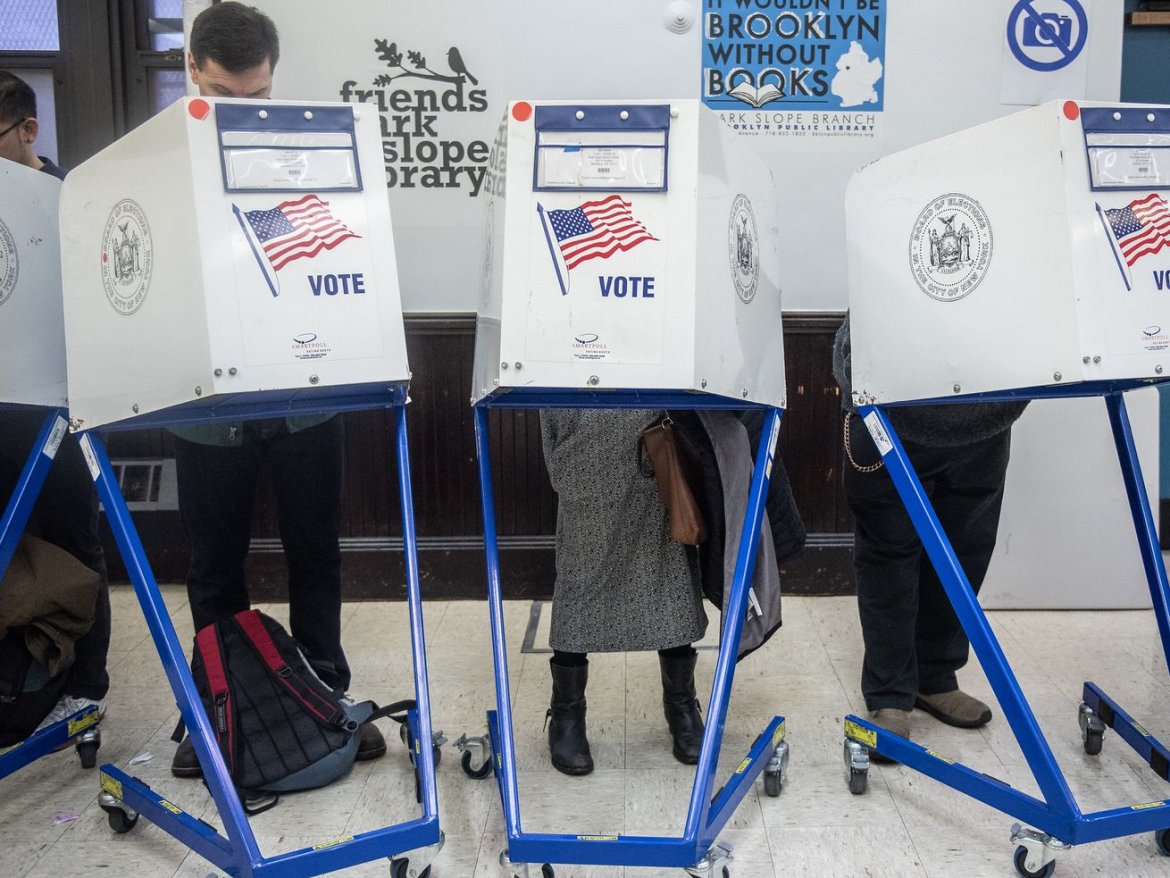 Everything you need to know about New York’s general election 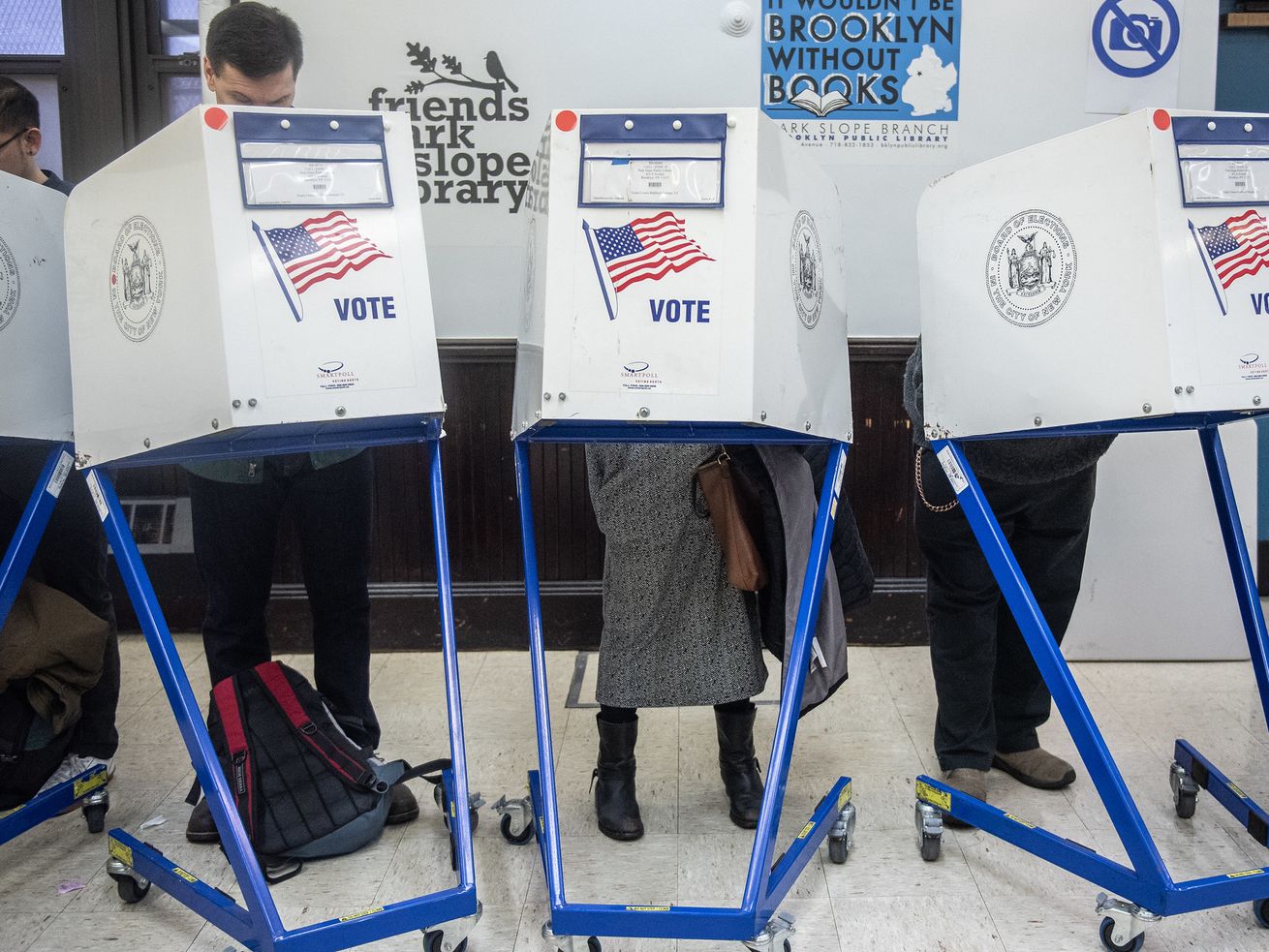 Early voting for this year’s general election opens on October 26, ahead of Election Day on November 5. | Michael Appleton/Mayoral Photography Office

When early voting begins, where to vote, and more

After years of waiting, New Yorkers finally have the option to vote early.

Come Saturday, October 26 at 10 a.m., registered voters can cast their ballots in advance of Election Day on Tuesday, November 5th. The early voting period spans from October 26 through November 3.

With that new system comes a new process. For starters, there will be electronic poll books. Voters will sign on a screen like they would a traditional poll book to check in, and then a printer will print out that voter’s ballot.

On top of all there is to know about the general election, here’s what you need to know to tackle early voting this year—from when and how to vote, to the key races, to the ballot questions.

When to register to vote

The deadline to register in New York state has, as of this point, already passed; and the deadline to apply for an absentee ballot via mail is quickly approaching on October 29, though you have until November 4 to apply for one in person.

November 4 is also the last day to postmark an absentee ballot, as vote-by-mail ballots must be received by the Board of Elections no later than November 12. (The last day to deliver an absentee ballot to the city in person is November 5.) The New York state Board of Elections website has more details on deadlines for military personnel, changes of address, and other issues related to registration.

The General Election is on Tuesday, November 5, though this year, New York is offering early voting from October 26 through November 3 at 61 sites throughout the city that may differ from your typical election day polling site.

Early voting hours vary by day, with a full list of hours neatly presented on New York City’s Campaign Finance Board website. On election day, polling sites will open at 6 a.m. and close at 9 p.m.

As always, make sure to know your rights as a voter before heading to the polls.

Regardless of if you’re voting early or on election day, be sure to look up your polling site, as it may have changed depending on when you’re voting.

If for some reason you’re not listed at the correct polling site for your address—a frequent issue in past elections—you have the right to ask for an affidavit ballot. If you have an issue with accessibility, language assistance, or anything else at your polling site, call your BOE borough office.

Not sure if you’re registered to vote? Look up your voter status on the state’s BOE website.

What are the major races?

There are three main races to watch in this year’s general election, and they include:

Public Advocate: The city’s Public Advocate is the peoples’ representative in city government, and also the next in line to become mayor (like the Vice President vis-a-vis the President.) This year’s election is between Democratic Public Advocate Jumaane Williams (who won February’s special election), Republican City Councilmember Joseph Borelli, and Libertarian Devin Balkin.

What about ballot measures?

This year’s five ballot measures will directly affect the New York City Charter, the document that gives shape to the city’s government. Here’s a rundown on the five measures voters have the opportunity to green-light or shoot down:

Ballot Question 1: Elections: This proposal would bring Ranked Choice Voting to the city’s primary and special elections for Mayor, Public Advocate, Comptroller, Borough President, and the City Council beginning in January 2021. In an RCV electoral system, voters would be able to rank their top five candidates for each position; the candidate who receives the most first-choice votes would win. RCV would create separate run-off primary elections for Mayor, Public Advocate, and Comptroller obsolete.

Finally, the measure would also require that the City Council district redrawing that occurs after every census must be complete by the time candidates begin gathering signatures to appear on the ballot.

Ballot Question 2: Civilian Complaint Review Board: This item relates to the board that’s in charge of investigating allegations of abuses of power and misconduct by police. If approved, it would add two members to what is now a 13-person team, with one appointment coming from the Public Advocate and the other jointly appointed by the Mayor and Speaker of the City Council. It would also require the NYPD’s commissioner to provide more insight into its disciplinary decisions should they stray from the CCRB’s recommendation, among other measures.

Ballot Question 3: Ethics and Government: If passed, this proposal would add an extra year onto the current one-year gap that former elected officials must wait to lobby the agency or branch of government that they served within.

Additionally, the measure would change how some members are appointed to the Conflicts of Interest Board. Under the change, two members that the Mayor currently selects, one member each would be appointed by the City Comptroller and the Public Advocate, respectively. Employees of the Conflicts of Interest Board won’t be allowed to donate more than $400 in each election cycle, and will be prohibited from participating in campaigns for local elected officials.

The measure also would create a mayoral office of the Minority- and Women-Owned Business Enterprise and require that agency’s citywide director to report to the Mayor.

Ballot Question 4: City Budget: If approved, this measure would create a “rainy day fund” that would allow the municipality to save money when the city is faring well financially for future times of financial hardship. It would also set minimum budgets for the Public Advocate and Borough Presidents based off their Fiscal Year 2020 budgets.

The Mayor’s office would also be required to give the City Council information it needs to formulate the city budget earlier in the year.

Ballot Question 5: Land Use: This measure would, in essence, give Borough Presidents and community boards more time to review project summaries for developments subject to the city’s lengthy land use review, and would require that project summaries be posted online.

Getting to and from the polls

Uber and Lyft are offering a 50 percent discount, up to $5, when early voters take either ride sharing service to their polling place and use the discount code NYCVOTES.