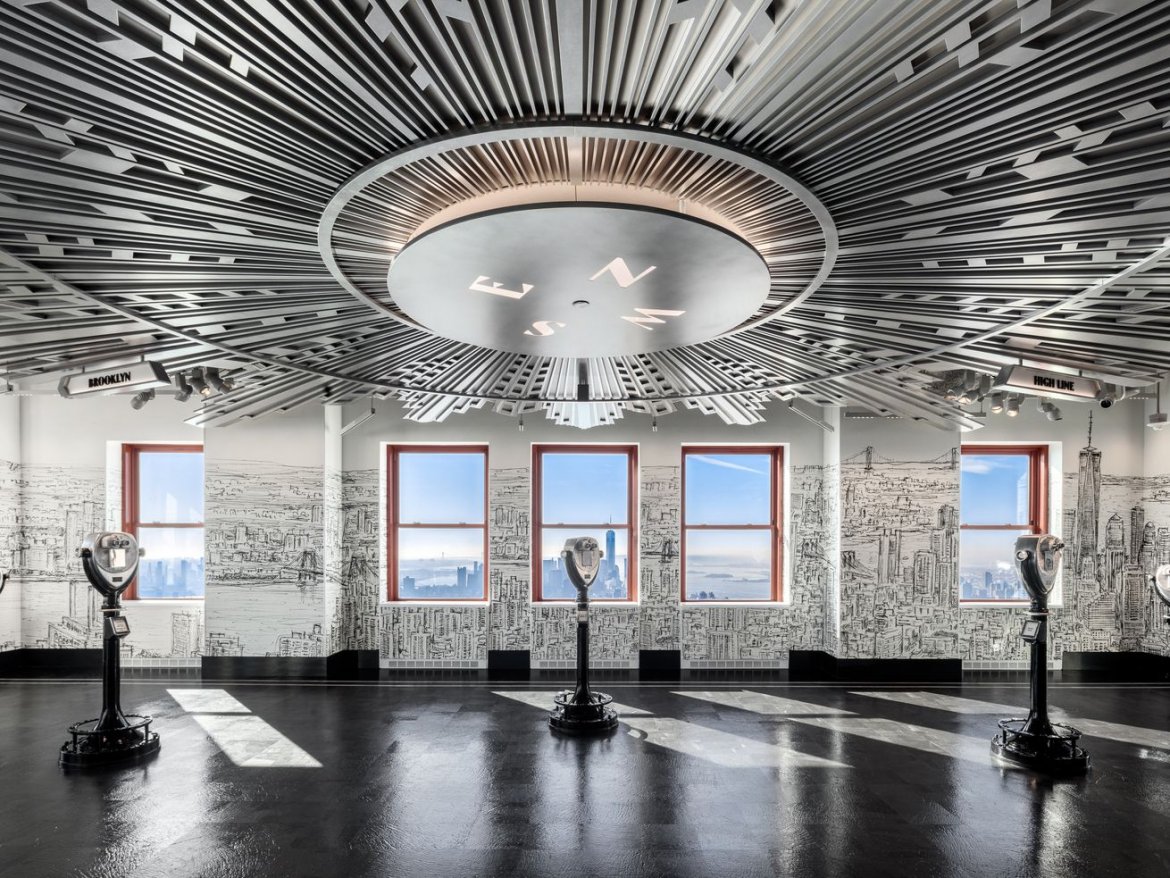 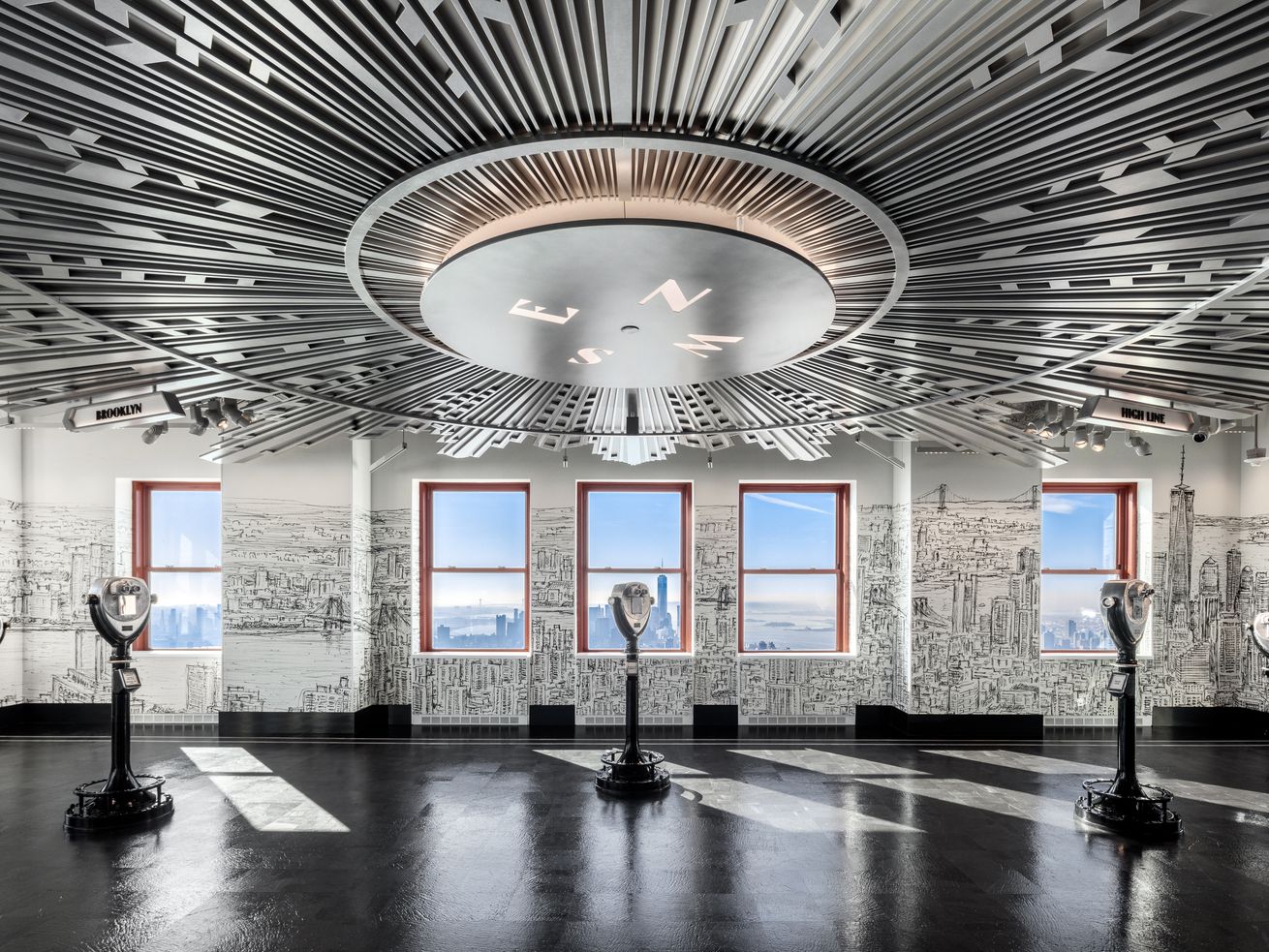 With the debut of a new 80th-floor observatory last week, the Empire State Building has officially completed its four-year, $165 million redevelopment of the iconic skyscraper. The opening came a little over four months after unveiling its new 10,000-square-foot mini museum and almost two months after opening its new 102nd-floor observation deck.

The newly-unveiled 80th floor—crafted by a team led by Thinc Design—has six different components, all geared towards highlighting the building’s prominent place in the city’s skyline. This includes an exhibit, in partnership with NYC & Company, which allows visitors to create their own itinerary; several binoculars with augmented reality scenes of NYC; new self-service kiosks for visitors to pick up photos they took on the second floor’s green screen; and a drawing of the building made by British artist Stephen Wiltshire.

Part of the overall purpose of the redevelopment is to encourage visitors to share their experience at the building via social media, and the new 80th floor experience includes a section dedicated to that: four screens that create “mosaic shadows” of visitors that post their pictures using the building’s hashtag.

“What began with the new observatory entrance opening in August 2018 is now as we intended—a fully educational and immersive journey which connects visitors from around the world to their emotional connections to the World’s Most Famous Building and helps them design their entire visit to New York City from the center of it all,” Anthony E. Malkin, chairman and CEO of Empire State Realty Trust, said in a statement.