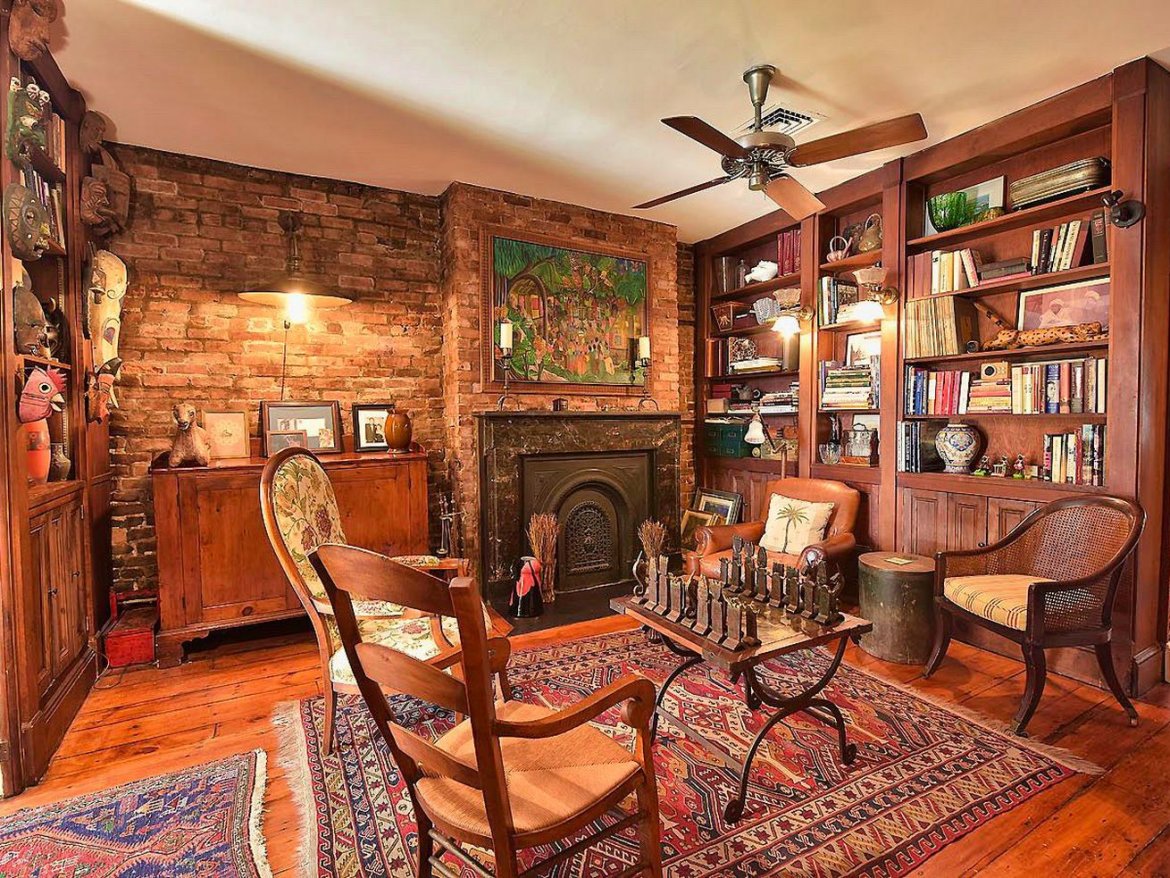 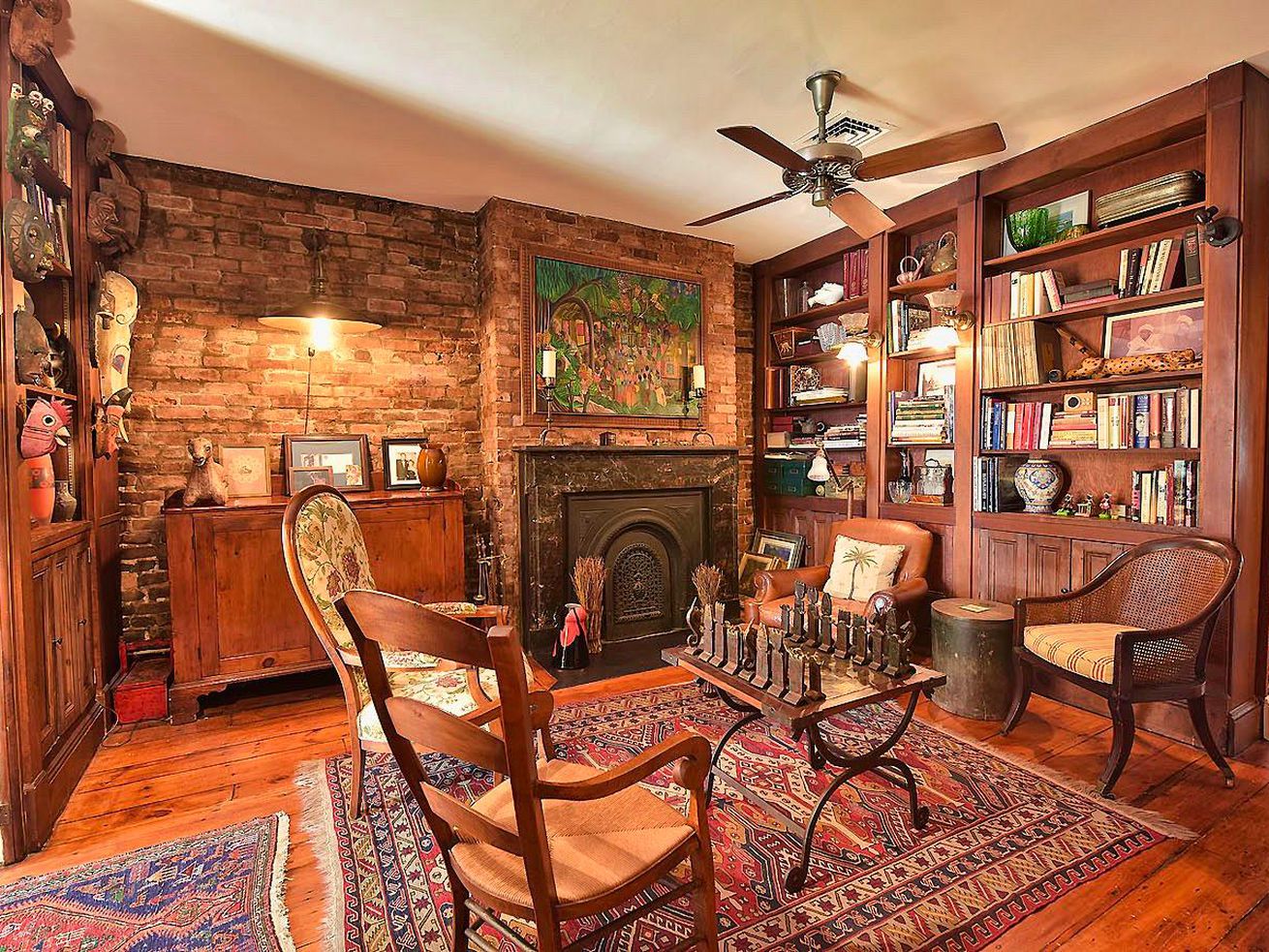 Charming homes abound in Greenwich Village, and this historic Greek Revival house, which just listed for $11.89 million, is no exception.

The three-story, 3,608-square-foot townhouse is configured as a three-family, but can be converted into single-family, the listing says. It has six bedrooms, five bathrooms, a large garden, a patio, eight fireplaces (two on each floor), and fifteen closets.

It also has a ton of elegant details, including original stoop and iron hand-railings in its exterior; and exposed brick, ceiling wooden beams, an original fireplace mantle, and a chandelier in its interiors. (One of the bathrooms also has colorful, floral bathroom tiles.)

Located within the Greenwich Village Historic District, the home was built by John Hanrahan between 1847 and 1848, as part of a row of eight brick houses, according to the Landmarks Preservation Commission (LPC) designation report.

The property is located at 161 West 13th Street, between Sixth and Seventh avenues, mere steps from the 1, 2, and 3 trains at 14th Street and a walkable distance to Union Square.

Taxes are $3,134/month. Eunice Turso and Stephanie Turso of Weichert Properties have the listing.