A Dutch Farmhouse With a Barn in Midwood Wants $3.25M 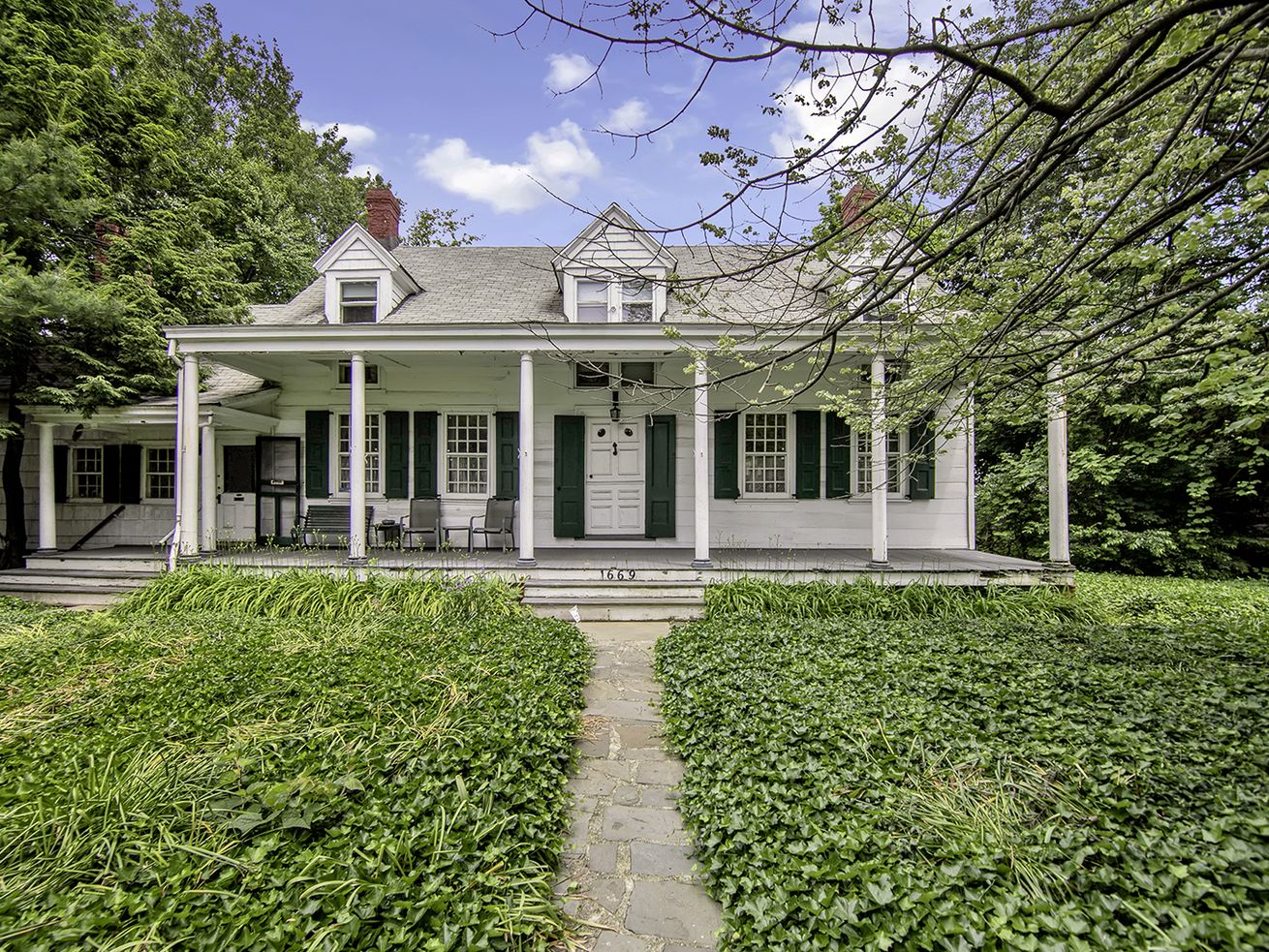 The historic home served as quarters for Hessian officers during the Revolutionary War.

This 18th-century Dutch Colonial farmhouse, known as the Wyckoff-Bennett Homestead, stands on an otherwise unassuming street in the Madison section of Midwood in Brooklyn. The home is located at 1669 East 22nd Street, between Avenue P and Quentin Road, near a wide variety of dining options on Kings Highway including Memo Shish Kebab and Nagoya Sushi. The nearest trains are the B and Q at Kings Highway.

The storied two-story farmhouse was built around 1766 by Henry and Abraham Wyckoff, according to the Landmarks Preservation Commission, and served as quarters for Hessian officers during the American Revolution. Some of the officers left inscriptions of their names in two windowpanes that remain inside the house.

“It’s like owning the Brooklyn Bridge,” Stuart Mont, the late owner of the home, told the Brooklyn Daily Eagle in 2014. Mont and his wife paid $160,000 for the home in 1983 and became one of only three families to ever own the place. Cornelius W. Bennett bought the house from the Wyckoffs in 1835, and four generations of his family lived there after that. Today, the farmhouse is one of a few of its kind left in Brooklyn.

And it’s truly an 18th-century farmhouse, with a full front yard and wood-paneled white façade with casement windows, along with a barn next to the home. Inside, the house is even more of a time capsule: It has preserved hardwood floors, exposed beams, several fireplaces, and a very old-world country kitchen with vaulted ceilings (and pots, pans, and baskets hanging from above).