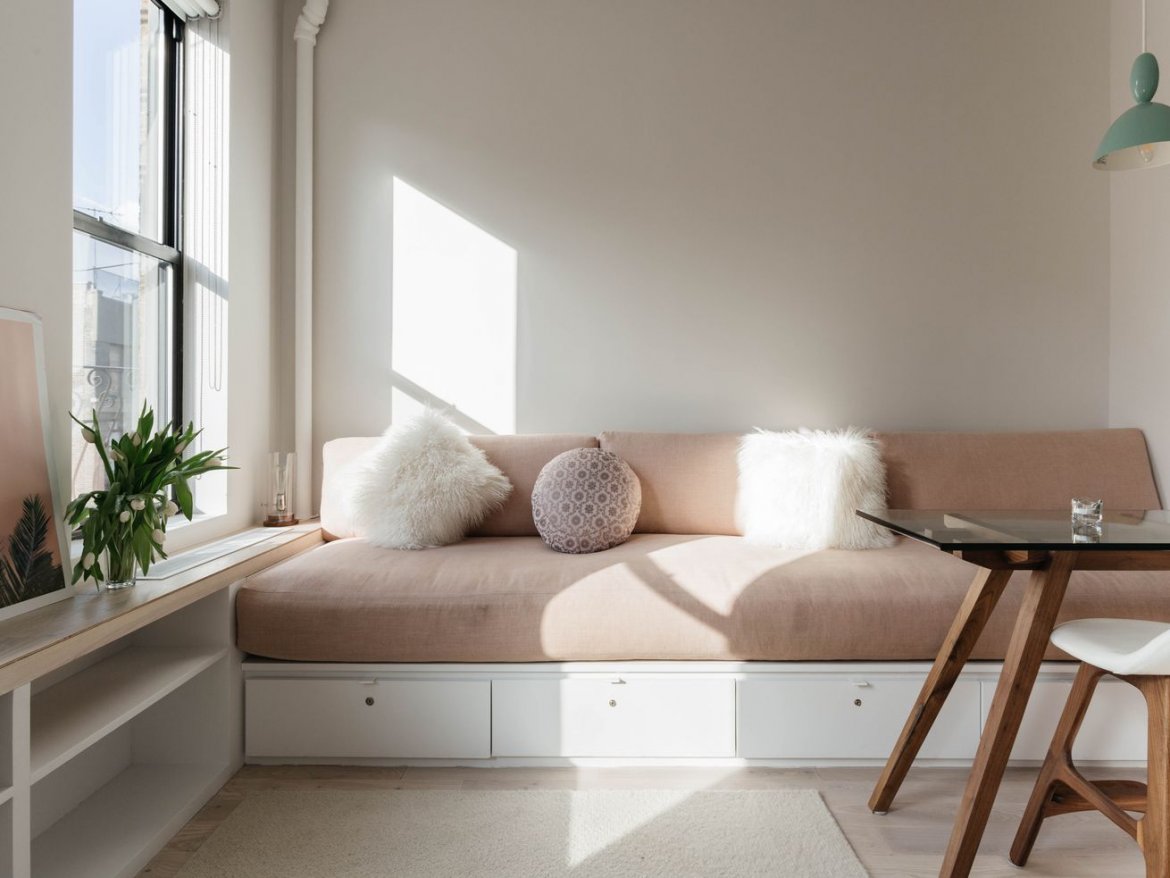 For $625K, a Pocket-Size Scandinavian-Inspired Studio in Soho 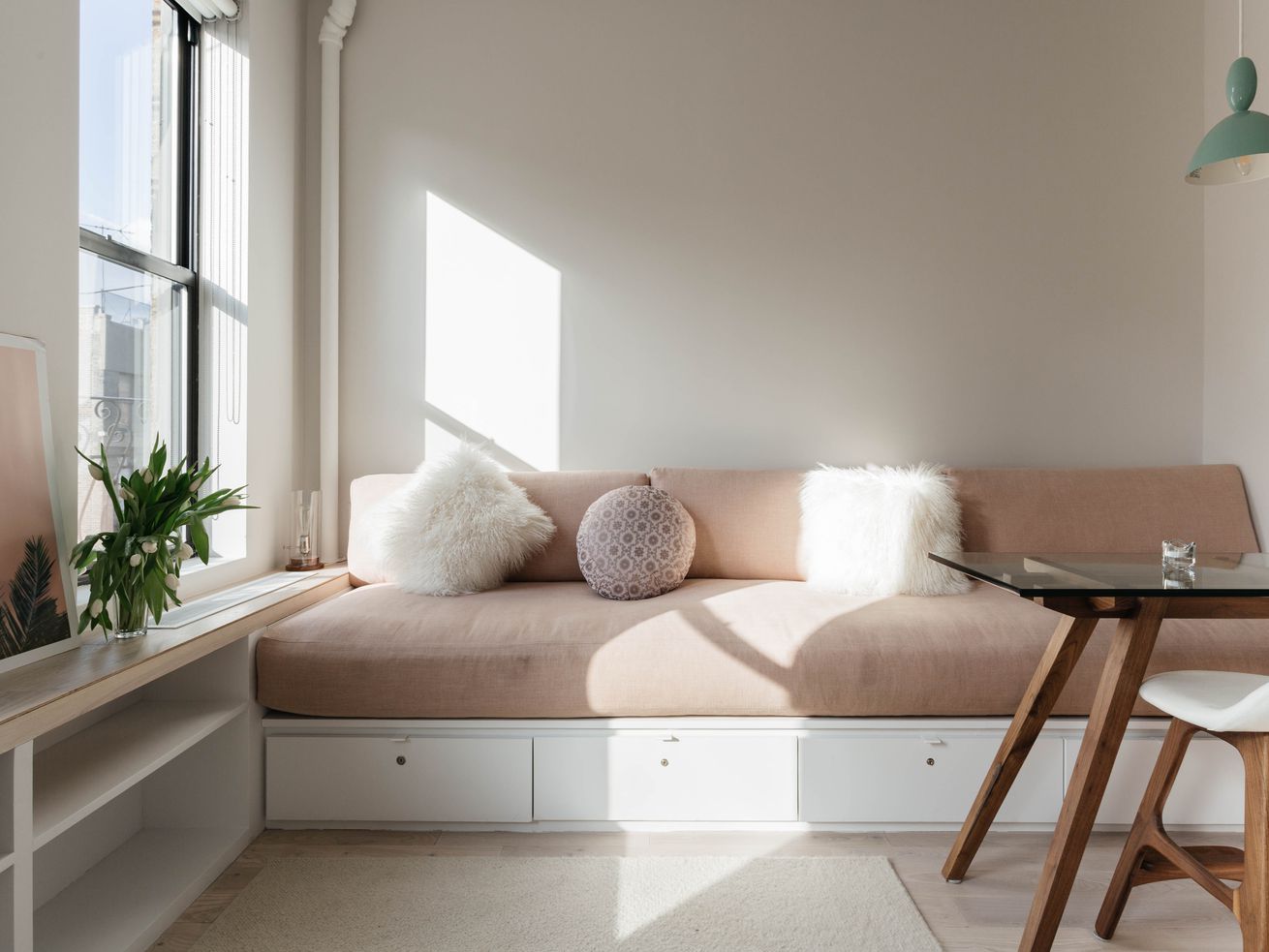 The space was overhauled by Norwegian model Sophia Lie and is selling furnished.

Welcome back to the Six-Digit Club, where we take a look at a newish-to-market listing priced under $1 million, because nice things sometimes come in small packages. Send nominations to the tip line.

The rare Soho apartment for well under $1 million (even studios in the area have a median asking price of $850,000), this studio sits on the fifth floor of a six-story walk-up. The Renaissance Revival tenement building is one of 157 structures that make up the Sullivan-Thompson Historic District, which originated as a residential rowhouse neighborhood in the early 19th century and grew into a vibrant Italian-American community a century later. 110 Thompson Street is on the same block as Vesuvio Playground and is just minutes from Dominique Ansel Bakery, the Chobani Café, the Apple Store, and the Spring Street A/C station.

Norwegian model Sophia Lie bought the unit back in 2014 and transformed it into what she calls her “Scandinavian oasis in NYC.” (You can see “before” photos in this old listing.) The tiny, Instagram-ready apartment features exposed white brick, pale oak wood floors, marble, and custom cabinets in the kitchen. (It’s selling furnished, so you’ll get the glass table and dusty-pink couch too.) Lie says she took some space-maximizing inspiration from boat design, building in drawers under the sofa and bed platform and adding several sleek closets and open shelves.