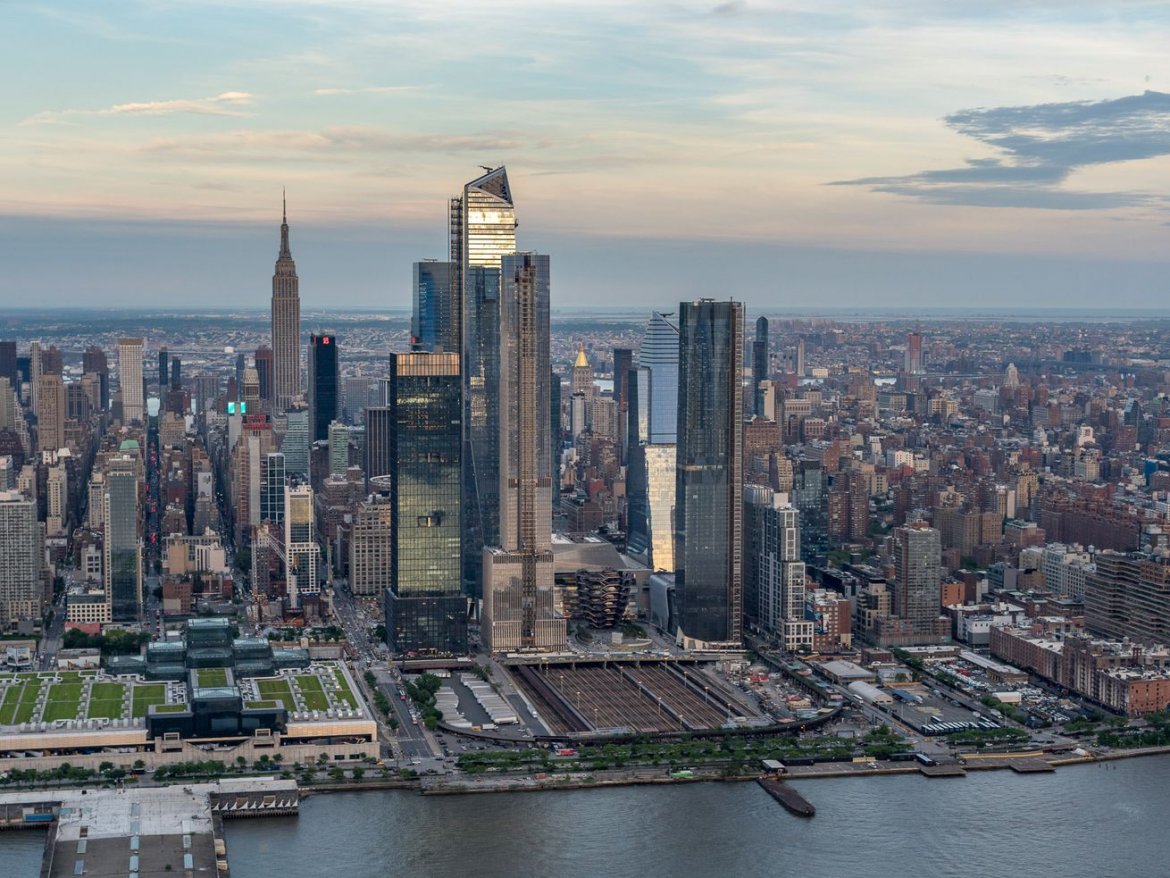 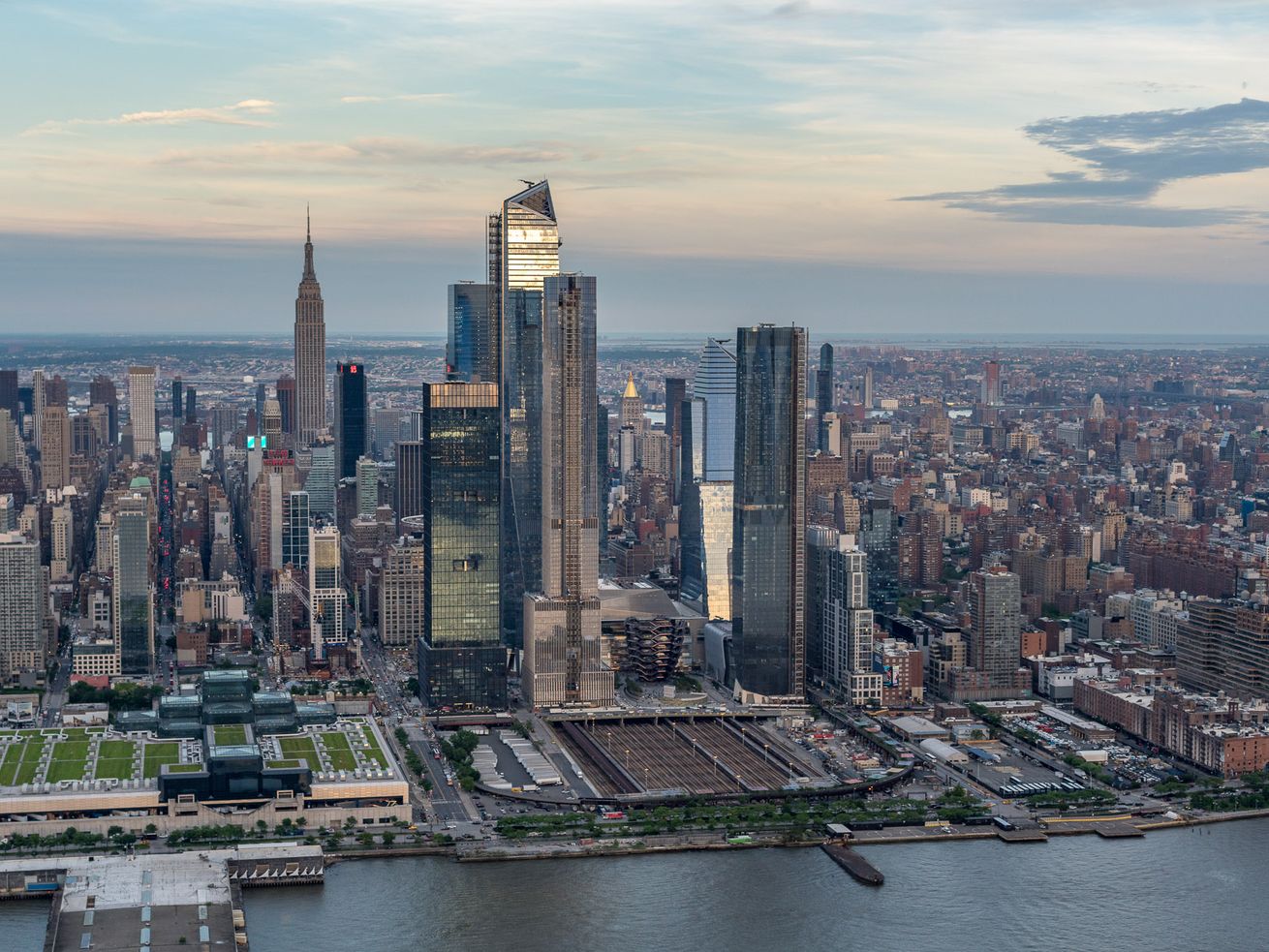 The second phase of Hudson Yards will rise over the rail yards next to the Hudson River. | Max Touhey

The developer behind the Hudson Yards megaproject is mulling a 700-foot-long wall that would rise two stories over the High Line, in what local elected officials are calling a “betrayal” of what was originally negotiated for the site years ago.

The megadevelopment on Manhattan’s west side sits on a massive deck that developers Related Companies and Oxford Property Group built atop a working rail yard used to store Long Island Rail Road trains. The city-within-a-city, which has been in the works for two decades, is being constructed in two phases; the first section, situated on the eastern side of the rail yard, debuted in early 2019. But there’s still much to do before the entire 28-acre complex is fully realized.

The developers have now turned their gaze to planning the western yard, which will bring millions more square feet of housing, offices, and open greenery. To do this, builders will deck over what’s left of the exposed rail yard between 11th and 12th avenues, from West 30th to West 33rd streets, a swath that hugs the Hudson and runs adjacent to the High Line. In the 2009 environmental impact statement for the western rail yard, Related said it planned to create “a publicly accessible open space and connection to the rest of High Line Park” that “would provide unencumbered views west of the Hudson River.”

But a recent idea floated by Related, first reported by the New York Times, has local leaders and elected officials worried that a 20-foot-high wall beside the High Line would sever the seamless connection between the proposed sloping lawns and the above-ground viaduct.

At a recent Manhattan Community Board 4 meeting, officials with Related presented that vision as a possible scenario as the developer grapples with technical challenges on the site, including the proposed Gateway Tunnel project and access for the Long Island Rail Road, according to Lowell Kern, the board’s chairman. Currently, Related says the wall is one option to deal with those issues; Related has not said why the wall is considered a feasible option or when they will present the community with a formal vision. Nelson Byrd Wolfe, the landscape design firm for Hudson Yards, declined a request for comment. The Friends of the High Line did not return calls seeking comment.

“What [the wall] really does is change the entire feel of it,” Kern told Curbed in a phone interview. “You’ll be looking up and you’ll see sky, and maybe New Jersey, but you won’t even see the river. We made clear to them that if the wall is the direction they are going in, then they should change direction.”

Kathleen Corless, a spokesperson for Related, stressed that the plan is “preliminary” and referred Curbed to a statement given to the New York Times.

“We remain committed to building a public school, 50 percent open space (a zoning requirement), community space, and fulfilling all of our obligations to the city as part of the existing plan,” Corless said in the statement. “As with phase one of the project, connectivity to surrounding neighborhoods and the High Line will be critically important.”

City Council Speaker Corey Johnson, who represents the area, says he is not impressed by the wall and on Friday told Curbed that erecting one would be a community betrayal.

“This plan to essentially wall off the High Line from promised open spaces—and to build a parking garage, no less—would be a terrible breach of public trust,” Johnson said in a statement. “We should be breaking down barriers between New Yorkers and green space, not building walls.”

State Senator Brad Hoylman, who also represents the area, said walling off the Yard’s lawn is tantamount to creating a “private garden” for Hudson Yards.

“The whole point of [this] portion of the High Line and Hudson Yards is to create a viewing corridor and new open space that benefits the public and the public use of the High Line,” Hoylman told Curbed by phone. “To think that they would even consider walling it off … is really a disgrace and I think it’s up to Hudson Yards to disavow this plans because it smacks of bad faith.”