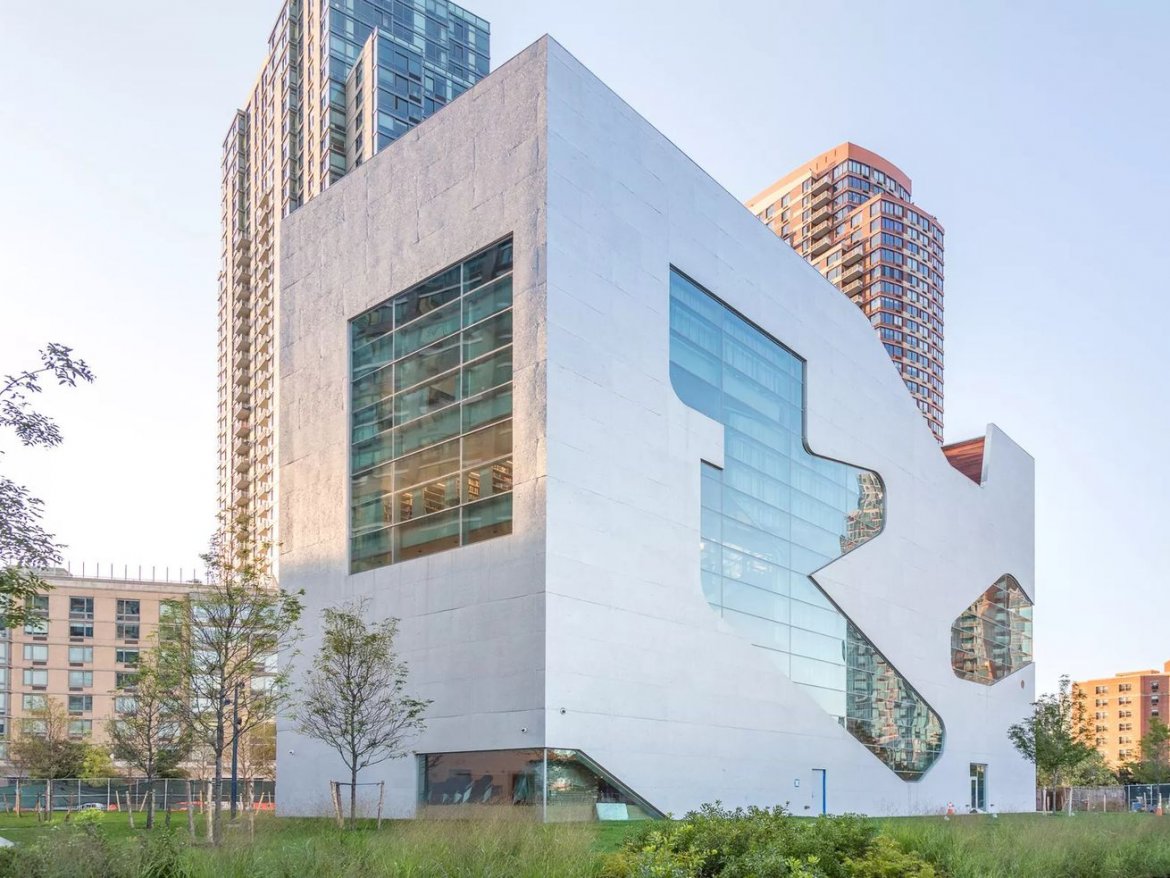 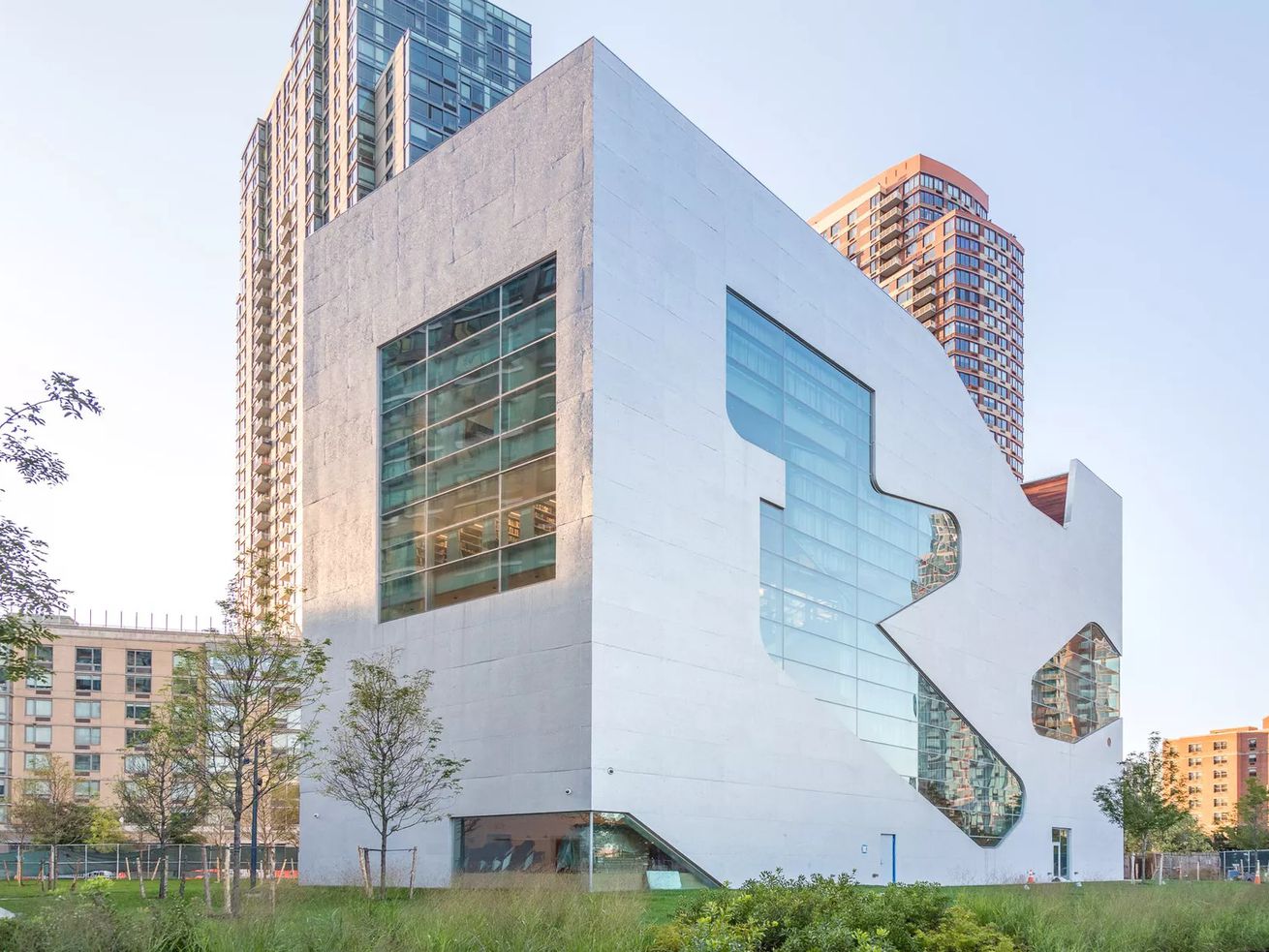 The Hunters Point Library branch is the subject of a federal accessibility lawsuit. | Max Touhey

The new building, designed by Steven Holl Architects, has been criticized for its lack of accessibility

Disability rights advocates have filed a class-action lawsuit arguing that the brand new Hunters Point Library in Queens prevents people with mobility issues from “full and equal access” to the branch.

The lawsuit, filed in Brooklyn federal court by the Center for Independence of the Disabled New York (CIDNY), argues that the Steven Holl Architects-designed library violates the Americans with Disabilities Act (ADA). After two decades of planning, the $41 million branch opened in Long Island City this September to glowing architectural reviews, but soon came under fire because sections of the library are inaccessible to wheelchair users and others with limited mobility.

Disability Rights Advocates is handling the lawsuit on behalf of the plaintiffs and claims that “inaccessible features pervade” the new branch, and calls out three levels with bookshelves, a reading and small-group space in a children’s section, and a rooftop terrace for featuring accessibility barriers that prevent “full and equal enjoyment” of the library.

“Heralded as a ‘stunning architectural marvel’ and a ‘beacon of learning, literacy and culture,’ the newly-built Hunters Point Library was designed and built with a total disregard for adults and children with mobility disabilities and in flagrant contempt of the legal requirements of the Americans with Disabilities Act,” the 21-page complaint states.

City Council member Jimmy Van Bramer, who represents the area, called on the Queens Public Library to ensure its spaces are inclusive to all visitors.

“Libraries are the most Democratic institutions we have, and they must be accessible to all,” Van Bramer said in a statement. “I expect the Queens Public Library to meet all their obligations under the law and address any and all concerns here.”

Queens Public Library spokesperson Elisabeth de Bourbon said Tuesday evening that the library system has a “goal to be welcoming, open and available to everyone, including customers with disabilities.”

“We are taking this matter very seriously,” said de Bourbon.

Representatives for the city’s Law Department and Steven Holl Architects did not immediately respond to requests for comment.

A key component of the class-action suit is the experiences of Long Island City resident Tanya Jackson, a frequent library visitor who uses a walker. Jackson planned regular visits to the library but due to “multiple barriers to accessibility” she was unable to fully partake in the library’s amenities, according to court records and Jackson.

“It is shocking to me that a brand new public library would not be fully accessible to people with mobility disabilities like myself,” said Jackson, who is listed as a plaintiff in the case. “Libraries should welcome everyone, not exclude whole populations of people.”

Holl’s firm first revealed its design for the library back in 2011, when the project was part of what was then known as Queens West (and has since been renamed Hunters Point South). But it was beset in the intervening years by bureaucratic red tape, budget issues, a strike in Spain, and more. It finally had its groundbreaking in 2015, and opened to the public this fall.

“Twenty-nine years after the ADA promised open doors and equal opportunities for people with disabilities, we find the doors of a brand new library shut to children and adults with disabilities. This should not be allowed to happen,” said Susan Dooha, Executive Director of plaintiff CIDNY. “The Queens Borough Public Library and the City of New York must obey the law and make this right.”