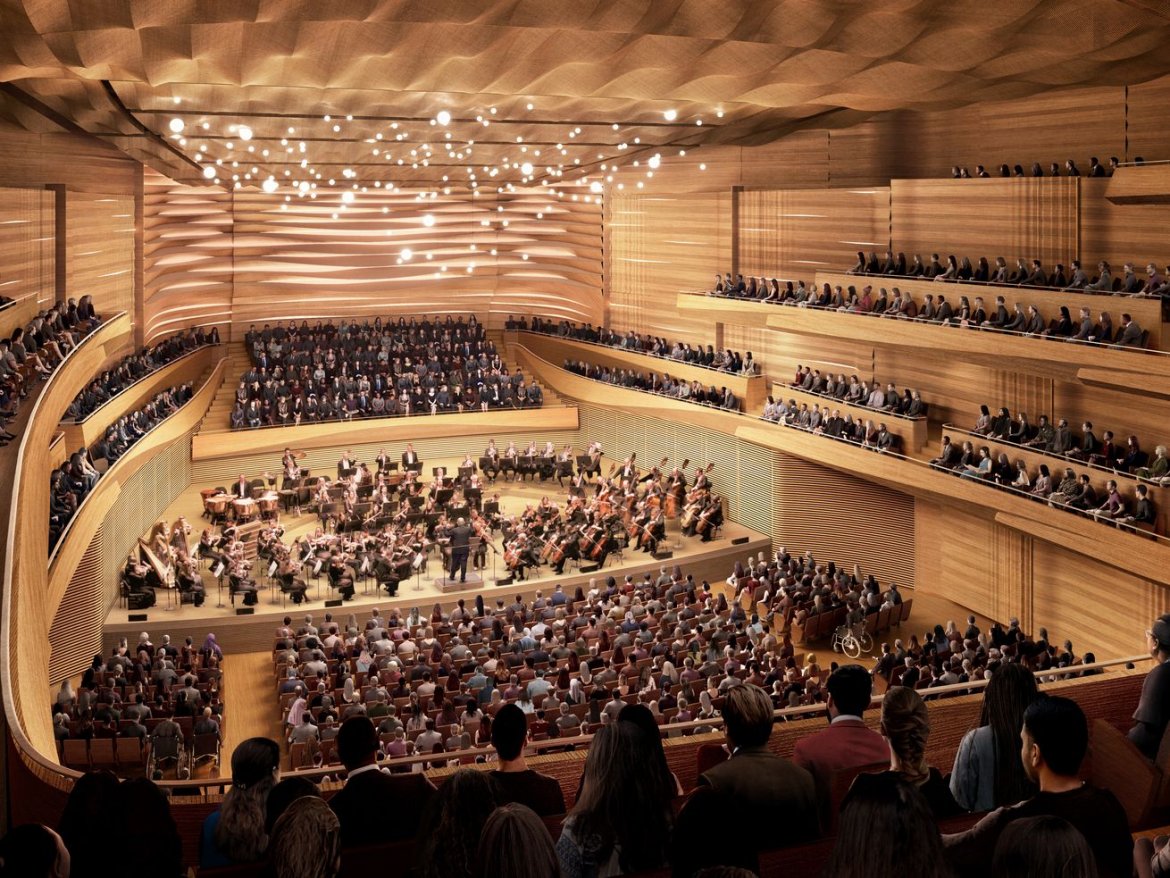 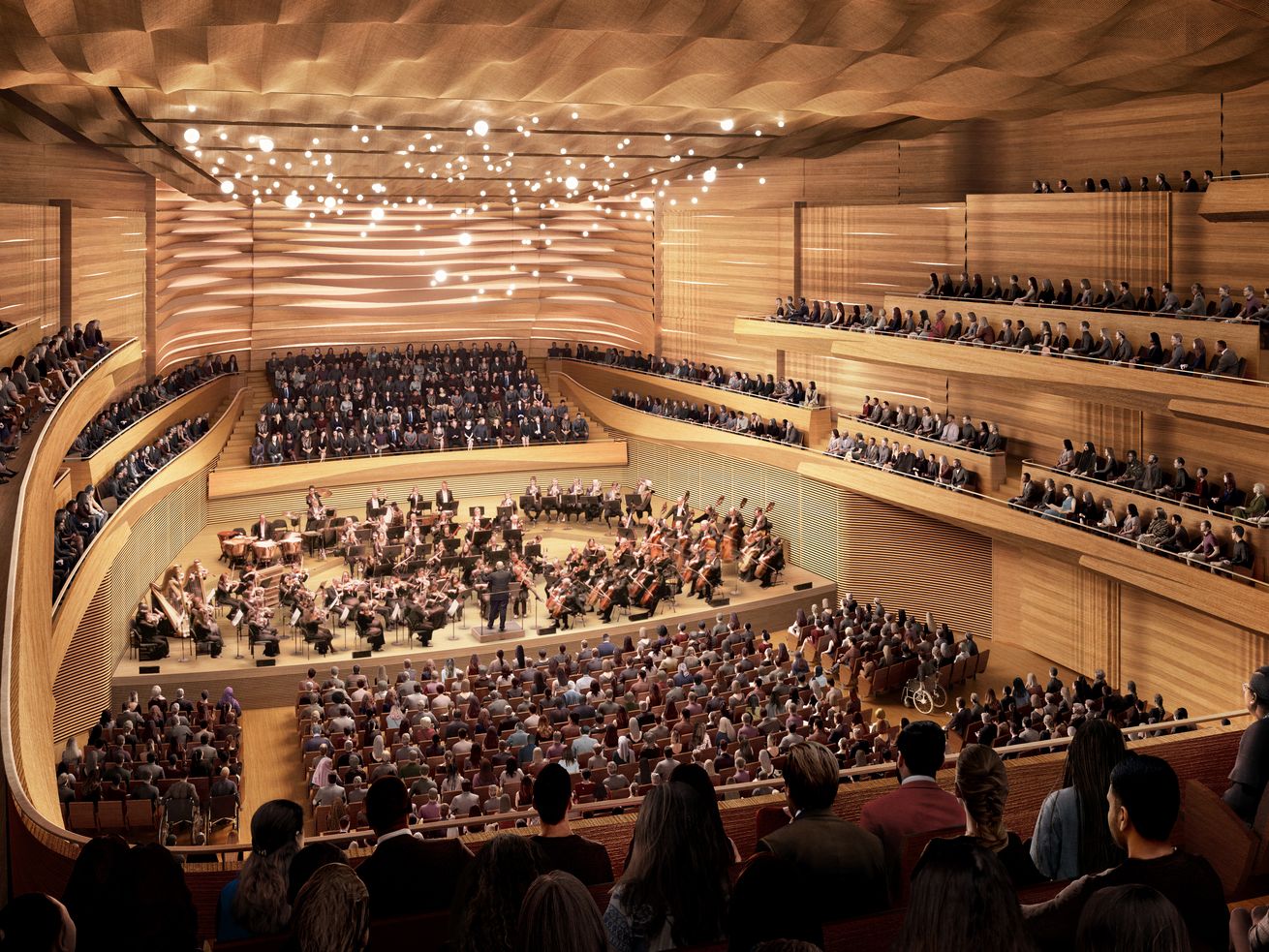 A rendering of the reimagined Geffen Hall. | Renderings courtesy of Lincoln Center for the Performing Arts

After years of planning and mishaps, plans to renovate the New York Philharmonic’s home will at last come to fruition

After years of planning, several mishaps, and a scrapped $500 million proposal, the Lincoln Center’s David Geffen Hall will at last move forward. Officials with the center and orchestra unveiled the overhauled plans on Monday, the New York Times reports.

Though the overall Lincoln Center structure underwent a $1.2 billion redevelopment completed in 2012, the David Geffen Hall, formerly known as Avery Fisher Hall, remained the same, despite Norman Foster winning a competition to redesign it back in 2005. That renovation was estimated at $300 million, but because the New York Philharmonic would have to be relocated and possibly lose revenue, that version did not move forward.

Other notable architects have been attached to the project: Heatherwick Studios and Diamond Schmitt were selected in 2015 to spearhead the revamp, which called for a gut renovation of its interiors and promoting a sense of intimacy in its performance spaces and common areas while improving acoustics. But those plans, estimated to cost $500 million, were scrapped in 2017 due to a lack of funding, though the project had already secured $100 million from billionaire and DreamWorks Studio founder David Geffen (after which the hall is now named).

At the time, it was reported that leadership for both institutions, which are partnering on the renovation, were seeking a different approach, something “less monumental and more incremental,” they said. This time around, the plans do include a different approach: construction will be done in phases to avoid keeping the Philharmonic without a home for extended periods. The concert hall will close two times; from May to October 2022, and from May 2023 to February 2024, with construction expected to be completed in March 2024.

“We have to do it right this time,” Deborah Borda, president of the Philharmonic, told the Times. “And this, I think, is the plan to do it.”

The new $550 million project, set to begin construction in 2022, will be designed by Diamond Schmitt along with Tod Williams Billie Tsien Architects. The plans include reimagining the hall’s public spaces; moving the stage forward by 25 feet with the audience seating around it; bringing seats closer to performers; doubling the size of the hall’s lobby and opening it up on three sides to connect it with the rest of the building; and a new restaurant, which Union Square Hospitality Group is being consulted for, Lincoln Center leadership said in a statement.

As part of the plans, 500 seats at the hall will be eliminated, leaving a total of 2,200. Additionally, the renovation project calls for a new “Sidewalk Studio” at the corner of 65th Street and Broadway, visible from the street, for lectures and small performances. All the changes will be done while keeping the Max Abramovitz-designed building’s exteriors intact.

“This project is all about greater connections,” Henry Timms, president and CEO of Lincoln Center, said in a statement. “The new concert hall will unite performers and audiences; the dynamic public spaces will allow our communities—from visiting schools to concertgoers wanting to stay for a drink—to connect with each other. And the whole project re-sets how we engage with the outside world.”