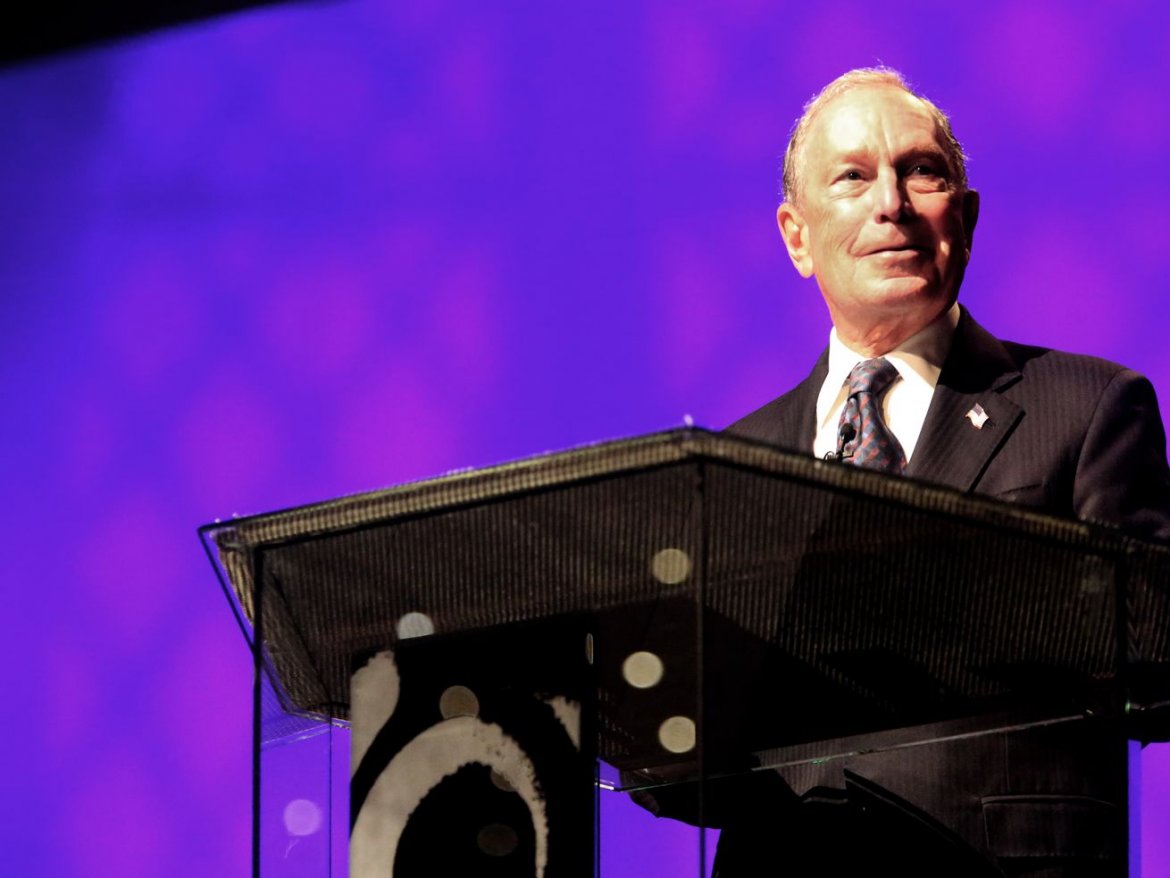 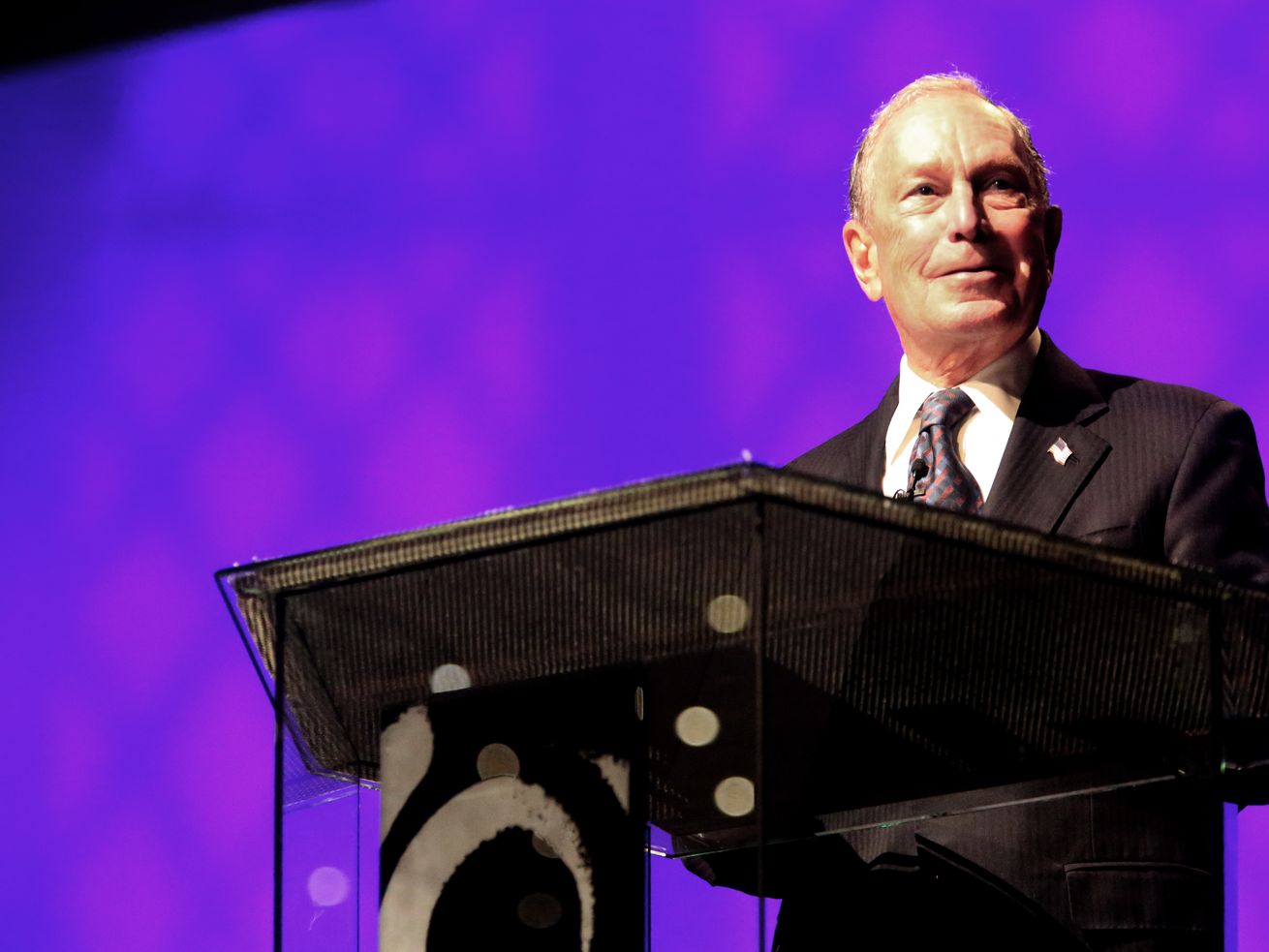 In a video announcing his campaign, a narrator touts Bloomberg’s accomplishments during his three terms as mayor of New York City, including bringing back “jobs and hope” after 9/11, and “creating tens of thousands of affordable housing units so families could have a decent place to live.”

It’s true that during Bloomberg’s three terms as mayor, the city experienced a remarkable renaissance, one that may have seemed unthinkable in the wake of the September 11th attacks and the 2008 recession. But it’s also true that income inequality worsened in New York in that same period, so much so that Mayor Bill de Blasio successfully campaigned his way to City Hall on a platform that promised to end the “tale of two cities” that flourished under his predecessor.

That legacy of inequality is especially clear when examining Bloomberg’s record on housing and homelessness. His new campaign website notes his track record on those issues: He preserved low- and middle-income housing; implemented zoning rules to incentivize private developers to create affordable apartments; and spent twice the amount to combat homelessness than it had in 2001, the year before he took office. But dig into those claims a bit more, and you’ll find a somewhat different picture than the one Bloomberg’s campaign paints.

Bloomberg’s website notes that he created “the biggest affordable housing program in the nation” during his three terms as mayor, with more than 170,000 affordable units financed between 2002 and 2013 under his administration’s New Housing Marketplace Plan (NHMP). But the plan was not a panacea for New York’s affordable housing woes, and in many ways, the crisis got worse under Bloomberg, for a number of reasons.

Some of these issues were beyond Bloomberg’s control, like the loss of tens of thousands of rent-regulated apartments throughout the city, which began long before he took office. But other shortfalls can be placed squarely on his administration.

Take, for example, inclusionary zoning. In 2005, in response to pressure from neighborhood advocates, the Bloomberg administration rolled out a program that aimed to encourage developers to create affordable housing in certain neighborhoods in exchange for density bonuses. Bloomberg’s campaign says this made “development of affordable housing more appealing to the private sector,” but according to a 2015 report from the Association for Neighborhood & Housing Development, Bloomberg’s version of inclusionary zoning “fundamentally failed,” with fewer than 3,000 affordable apartments created in the years after it was implemented.

Many of the “affordable” units created under NHMP also stretched the definition of affordability for many New Yorkers. A 2013 ANHD report found that “about two-thirds of the city’s recently developed affordable housing required occupants to have minimum income levels that were higher than the median household income in the areas where the housing was built,” according to The New York Times.

Bloomberg’s administration also rezoned close to 40 percent of the city, bringing major changes to neighborhoods like Williamsburg, Hudson Yards, and Long Island City, among many others. But some of those rezonings were actually downzonings, making it harder to build much-needed housing or add density to areas with high demand (see: Park Slope). Neighborhoods that were upzoned saw an injection of housing and other amenities, like parks; but critics also say that those measures accelerated displacement, with Williamsburg’s transformation often used as a prime example.

By the time Bloomberg left office, median rents had risen by 19 percent from 2002 to 2011, and more than half of all New Yorkers were rent-burdened, according to a report from NYU’s Furman Center (which also cited stagnant wages as a factor).

Bloomberg’s campaign says he “injected new opportunity into neighborhoods that had been left behind” but his track record with the New York City Housing Authority (NYCHA) is mixed as best. For years, City Hall and Albany financed the operation of the 21,000 public housing units built with state or city dollars, but the state stopped its payments in 1998, and in 2004 Bloomberg slashed regular city support.

Bloomberg did send $100 million of “transitional aid” to NYCHA in 2006, but in the later years of his mayoralty, NYCHA was often sending more to the city in payments-in-lieu of taxes (PILOTs) or fees for NYPD services than it was receiving in operational support. In 2014, the last year affected by Bloomberg’s policies, NYCHA had $25 million in city subsidies coming in and $28 million in PILOTs going out.

Much of the authority’s struggles, however, stem from the steady decline of federal subsidies since the 2000s, and Bloomberg mostly escaped heat for the state of the housing authority. The lack of funds across all levels of government hobbled NYCHA and its ability to make repairs or meet the long-term capital needs for the 400,000 New Yorkers living in public housing. In 2014, NYCHA had a $77 million budget deficit and $18 billion in unfunded capital needs, officials said at the time. Shola Olatoye, the then-CEO of NYCHA who resigned amid a lead paint scandal years later, told the New York Times that the state of the embattled authority was “beyond triage.”

Eager to direct maintenance workers to NYCHA’s backlog of repairs, under Bloomberg, the city stopped checking for lead paint in public housing apartments, a disastrous decision that endangered thousands of children. After Bloomberg left office, the lead paint scandal broke, costing Olatoye her job and spurring a federal investigation that culminated in the appointment of a federal monitor who currently oversees the city’s public housing.

Bloomberg’s underinvestment contributed to NYCHA’s current need for $32 billion to replace leaky roofs, busted elevators, and aging boilers. That fiscal crisis is one reason the de Blasio administration revived a program originally proposed in the final months of the Bloomberg years: building private development on property owned by NYCHA.

A rise in homelessness

When he was mayor, Bloomberg’s campaign says, “no city devoted more energy and resources to combating homelessness than New York City.” That may well be true, but during his three terms, the number of New Yorkers in shelters rose by 69 percent, according to the Coalition for the Homeless—and for families, the number went up by 80 percent.

A heart-wrenching series by The New York Times published at the tail end of Bloomberg’s third term, called “Invisible Child,” illustrated the problems facing homeless families under his administration. The story followed a young girl named Dasani who lived in a dilapidated Brooklyn shelter for chronically homeless families, but it wasn’t just about her and her family’s struggles; it also sought to pinpoint how the chronically homeless end up that way, and pointed the finger squarely at City Hall.

With the economy growing in 2004, the Bloomberg administration adopted sweeping new policies intended to push the homeless to become more self-reliant. They would no longer get priority access to public housing and other programs, but would receive short-term help with rent. Poor people would be empowered, the mayor argued, and homelessness would decline.

But the opposite happened. As rents steadily rose and low-income wages stagnated, chronically poor families like Dasani’s found themselves stuck in a shelter system with fewer exits. Families are now languishing there longer than ever — a development that Mr. Bloomberg explained by saying shelters offered “a much more pleasurable experience than they ever had before.”

A key policy change under Bloomberg was ending the longstanding practice of homeless families’ receiving priority for federal housing vouchers, which enables households to pay landlords no more than 30 percent of their income in rent, with the federal government footing the rest of the bill. At the time, Bloomberg officials defended the decision by arguing that the city’s supply of vouchers was dwindling and that they believed some families purposely entered the shelter system as a shortcut to obtaining housing vouchers.

Advocates decried the policy as lumping the small group of people who entered the system in search of housing vouchers with the thousands more in legitimate need of them. The data ultimately revealed the policy to be a misstep as homelessness soared.

In 2005, an average of 840 new families sought shelter each month, and that number steadily rose to 1,196 in 2008, according to a 2009 Coalition for the Homeless report. At the time, more new families entered the shelter system in 2008 than in any year since the 1980s, according to the coalition’s report.

De Blasio reversed the decision in 2014, but the five boroughs continue to struggle with staggering levels of homelessness with more than 62,000 people spending each night in city shelters.