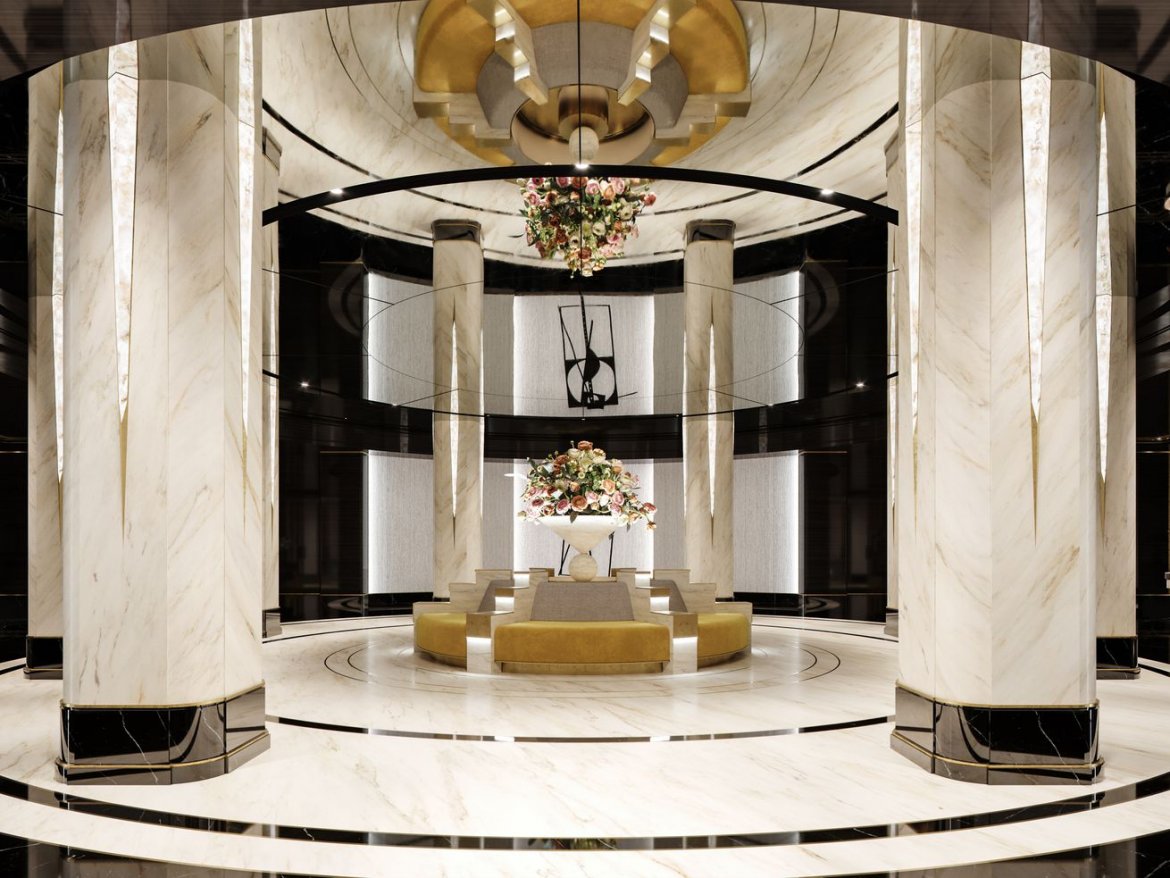 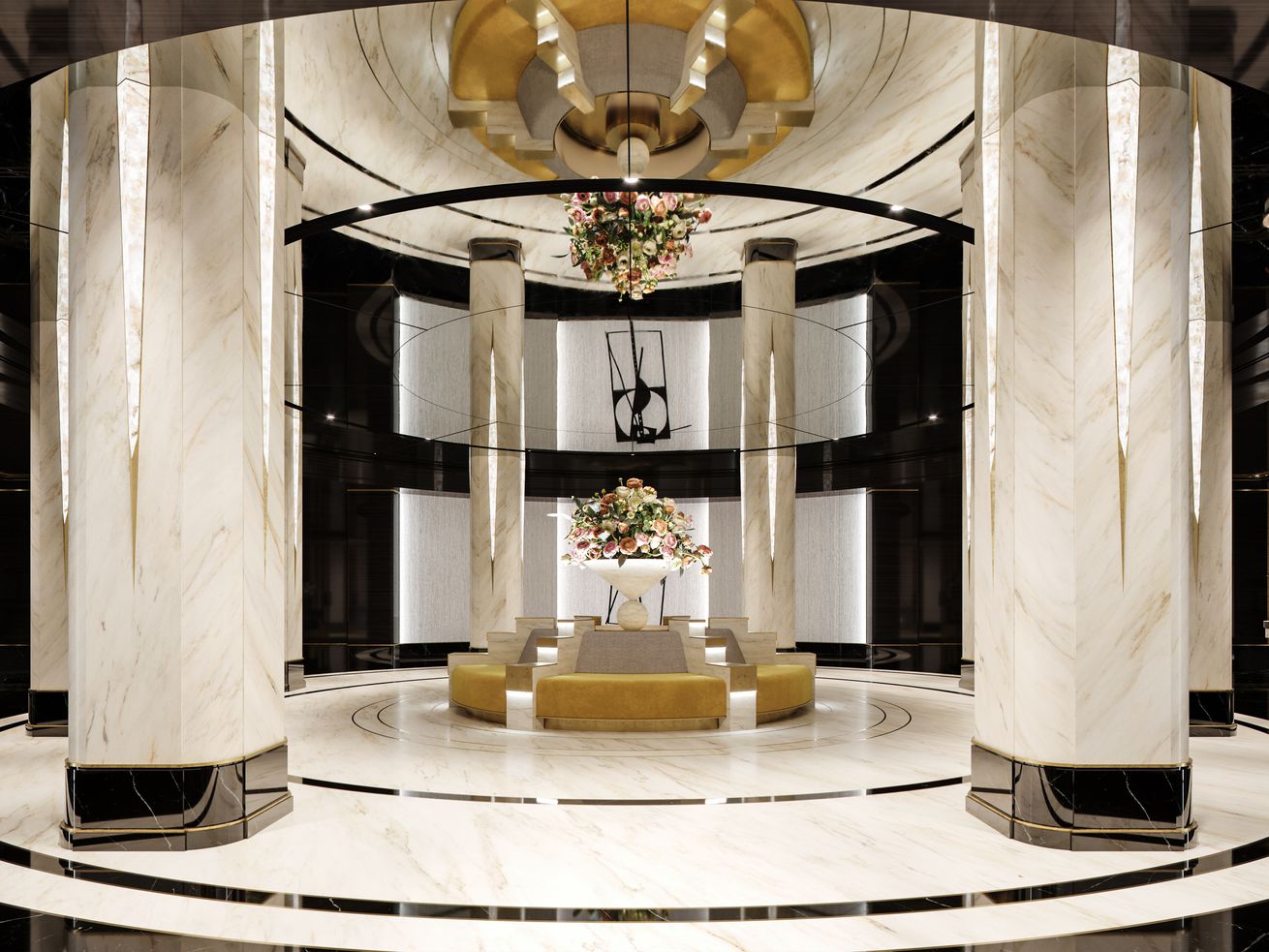 The residential lobby of the new Towers of the Waldorf Astoria. | Renderings by Noë & Associates/The Boundary

It’s been more than two years since the famed Waldorf-Astoria Hotel shut its doors in preparation for its transformation into a hotel/condo hybrid, and in that time, much has changed in New York’s luxury real estate market. A one-time mansion tax has high-rollers on edge, and a glut of unsold condos (particularly the more expensive ones) is making developers nervous.

But those facts haven’t deterred Anbang Insurance Group, the Chinese owner of the Waldorf Astoria and the driving force behind its residential conversion; the developer will bring the project’s 375 condos, rebranded as the Towers of the Waldorf Astoria, to market in early 2020 (they were originally supposed to debut this fall), and it’s betting on the property’s long history to help sell apartments.

“In times of uncertainty, people gravitate toward something that feels certain and constant,” Susan de França, the president and CEO at Douglas Elliman Development Marketing, which is handling condo sales, told the Wall Street Journal.

Ahead of that sales launch, the developer has unveiled the first renderings of the project’s interiors, which will be designed by Jean-Louis Deniot (for the apartments and residential amenities) and Pierre-Yves Rochon (for the hotel’s public spaces). According to the WSJ, the condo residents’ amenities will include a private porte cochere, an 82-foot lap pool, and private entrances separate from the hotel itself.

The hotel/condo conversion of the famed property has been in the works for several years: Anbang bought the Waldorf in 2014 for a whopping $2 billion, and the hotel closed in 2017to facilitate construction. As of last year, initial pre-demolition work on the property had finished, with the real work—of transforming hotel rooms into luxurious condos, some with enormous floorplans—now underway.

In addition to the 375 condos, the Waldorf will have 350 renovated hotel rooms when it reopens to the public in 2021. The revamp is being carried out by Skidmore, Owings & Merrill, and Anbang is working to carefully restore some of the hotel’s interiors—including the West Lounge, formerly known as Peacock Alley, which is located on the first floor; the Grand Ballroom and balconies on the third floor; and the Park Avenue lobby, with its 13 murals and a floor mosaic designed by French artist Louis Rigal—that were designated landmarks in 2017.