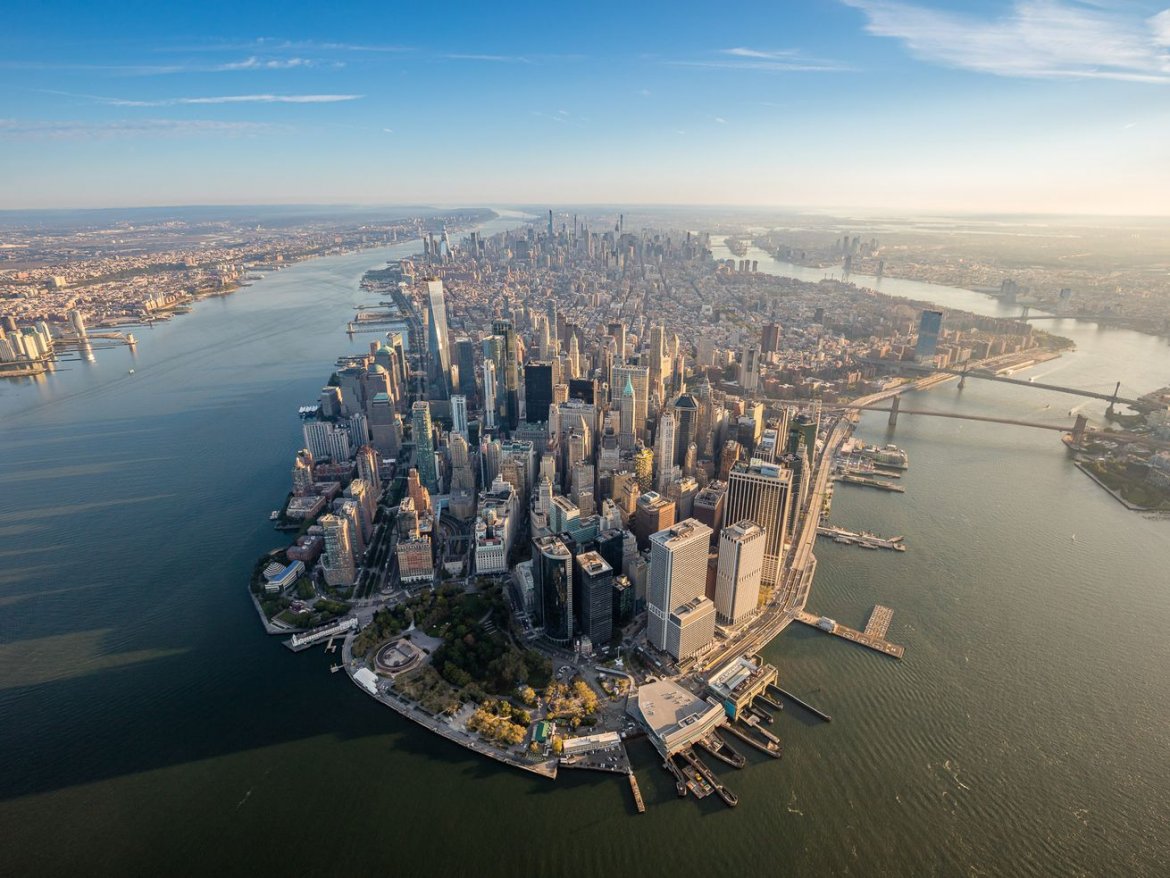 NYC’s 10 most important buildings of the past decade 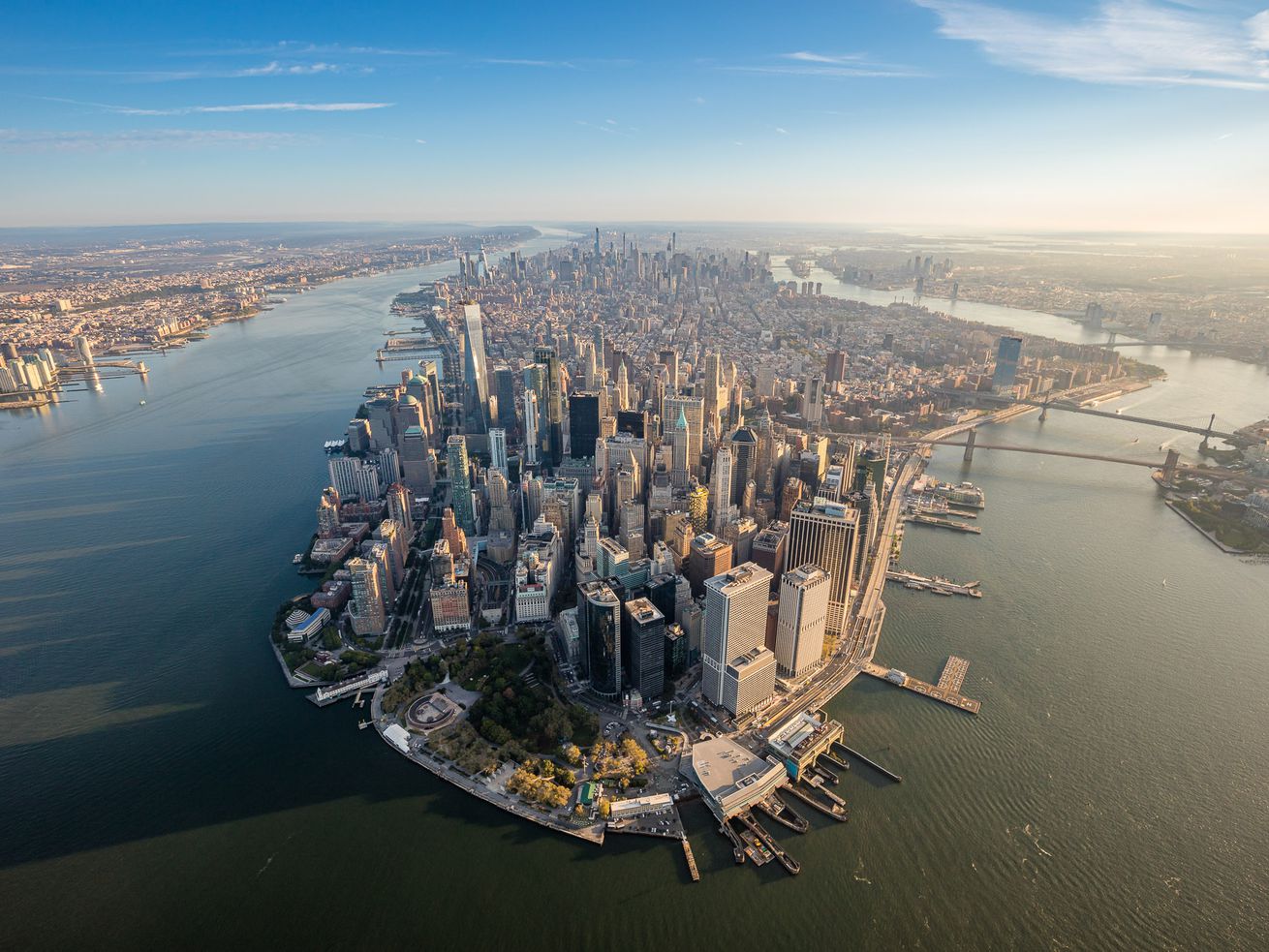 These buildings defined the decade in New York City

The past decade was a big one for New York City’s built environment, with a post-recession building boom bringing thousands upon thousands of new structures to the five boroughs.

Many of these were modest and often hidden in plain sight, but there are pockets of the city that have been utterly transformed: Take Midtown Manhattan, where a new crop of supertall skyscrapers (from One57 to Hudson Yards) have come to dominate the skyline, with more on the horizon. The World Trade Center, which was mostly a large hole in the ground at the end of 2009, is a bustling hub once again. And in the outer boroughs, areas like Long Island City and Downtown Brooklyn have experienced boomlets of their own.

But amid all of those buildings, which ones stood out above the rest—for better, or for worse? We’ve attempted to answer that question here, with 10 buildings (well, nine buildings and one park) that defined New York City in the past decade. This list will no doubt be divisive; if you have a building that you think merits inclusion, or have an issue with one of the structures we’ve included here, the comments are open.

No one would call this behemoth the best building of the past decade, but it’s certainly the most symbolic one. Planning for the tower began in the immediate aftermath of the September 11th attacks, but it wasn’t until 2014, after fiscal and bureaucratic issues, as well as a switcheroo of the architect and final design, that the new WTC finally welcomed its first tenants.

The building, designed by David Childs of Skidmore, Owings & Merrill, is a shiny glass beacon that rises 1,776 feet (a symbolic number, get it?). The New York Times’s Michael Kimmelman memorably said it “looks as if it could be anywhere, which New York isn’t.” It may not be beloved, but it’s become an emblem of New York City’s post-9/11 comeback, and as such, can now be found on T-shirts, Lego sets, and other tchotchkes.

Call it the World Trade Center Transportation Hub, the Calatravesty, or just the Oculus, which is what architect Santiago Calatrava has dubbed it. Like One WTC, the bird-like structure was envisioned as yet another symbol of rebirth; but thanks to its exorbitant cost ($4 billion!) and decade of delays, it came to be one of political tomfoolery instead.

In some ways, the building achieved what Calatrava set out to do; it’s hard not to feel a sense of awe walking into the cathedral-like, light-filled space. But that awe is underscored by upscale stores lining either side of the atrium, and its digital displays that are an assault on the senses, an unfortunate side effect of turning what’s meant to be a sacred space into a shopping mall. It’s only been open three years; time will tell if it’s remembered as a boondoggle or a significant civic achievement.

Extell’s supertall tower kickstarted the concept of “Billionaires’ Row,” with a plethora of international buyers flocking to Gary Barnett’s skyscraper soon after sales launched in 2011. It notched up record after record, becoming the most expensive building based on price per square foot, and netting the most expensive condo ever sold in the city (that is, until an apartment at 220 Central Park South broke the record earlier this year). It also became a symbol of the growing inequality between New York’s rich and poor, and the excesses of a real estate market that encouraged foreign buyers to park their money in empty overpriced condos.

All that aside, is it a good building? It was memorably described by the Times’s Michael Kimmelman as “a heap of volumes, not liquid but stolid, chintzily embellished, clad in acres of eye-shadow-blue glass offset by a pox of tinted panes, like age spots.” Designed by Pritzker Prize winner Christian de Portzamparc, it’s since been upstaged by more elegant (if no less extravagant) buildings along Billionaires’ Row—but it’ll always have been first.

Like One57, Rafael Viñoly’s 432 Park Avenue—another Billionaires’ Row building, which was completed in 2015—has been decried as everything that’s wrong with New York City real estate in the 21st century. The 1,400-foot tower looms over its neighbors (it was, until recently, the tallest residential building in the world), raising comparisons to a middle finger pointed at the rest of the city. And its apartments are extraordinarily expensive; a three-unit assemblage sold for $91.1 million in 2017.

But unlike One57, Viñoly’s creation is actually rather elegant, with a concrete facade punctuated by a series of symmetrical windows that travel the entire length of the building. It remains as divisive as ever, but its status as a skyline-shaper is undeniable.

Too often, New York City buildings intended for not-so-sexy uses—infrastructure, storage, and the like—sacrifice form in the name of function. But the Department of Sanitation’s Spring Street Salt Shed does a pretty spectacular job of marrying the two. A collaboration by Dattner Architects and WXY architecture + urban design, the concrete structure is meant to resemble a grain of salt, a playful nod to the building’s intended purpose.

It’s also the rare civic building completed this decade that’s unique and eye-catching, rather than bland and boring—or, even worse, that fails on a functional level. (See: The recently opened Hunters Point Library in Queens, which took more than a decade to build and is now the subject of fierce critique over its lack of accessibility for people with disabilities.)

Like the Spring Street Salt Shed, this affordable housing complex is slightly more humble than some of the other buildings on this list. The development, designed by Dattner Architects and Grimshaw, holds more than 200 apartments designated for low- and middle-income New Yorkers. It’s located in the South Bronx, an area that’s not typically found on architecture best-of lists.

What makes Via Verde significant is that it proved that developers don’t have to choose between form or function when it comes to building affordable housing (or, as is more often the case, simply focus on the function part). The development’s name, which translates to “The Green Way,” pointed to its ambitions: An expansive interior courtyard is the focal point, and eco-friendly amenities—green rooftops, a fitness center, and more—are a boon for residents. (These came in response to community feedback over what was missing from neighborhood housing.) It’s also, quite simply, a lovely building, with big windows and a facade punctuated by pops of color.

Herzog & de Meuron’s Jenga-like pile of glass has been in the works for what seems like forever—or, at the very least, since those wild pre-recession days of 2007, when the building was first revealed. And in fact, it was almost a casualty of the recession; construction stalled in 2008, and didn’t pick back up again until 2013.

But now that the tower is complete—it topped out in 2015, and welcomed its first residents two years later—it’s hard to imagine skyline without its wild, asymmetrical shape, particularly among the more staid new buildings that have proliferated throughout lower Manhattan.

It’s hard to think of a structure that more thoroughly transformed the built environment of New York City in the past decade than the High Line. The first section, stretching from Gansevoort to West 20th streets, opened in 2009, but it wasn’t until years later that the effects of the elevated park—on tourism, real estate, and how urban planners thought about public space—became clear.

When that first section opened, the park’s success wasn’t guaranteed; fast forward a decade, and more than 7 million people are strolling the High Line’s 1.45-mile expanse every year. As the crowds came, so too did the real estate developers, kicking off a luxury condo boom that brought starchitects and multi-million dollar apartments to West Chelsea. Eventually, the influx of tourists and real estate capital led to questions of who, exactly, the High Line was for—concerns that its founders are hoping to address in the park’s next decade.

For a while, it felt like Danish architect Bjarke Ingels was everywhere: taking over the design for 2 World Trade Center, ending up on Time’s list of the 100 most influential people, partnering with WeWork as its chief architect, the list goes on. But in New York City, his biggest accomplishment so far has been getting architecture buffs to use the word “courtscraper” to describe a building.

That would be Via 57 West, the tetrahedron-shaped structure that rose like a shiny beacon at the tail end of West 57th Street. The rental building was envisioned, per Ingels, as “a hybrid between the European perimeter block and a traditional Manhattan high-rise,” fusing features like a Danish-inspired interior courtyard with a sloping glass-and-metal facade. And like it or not, there’s no other building in New York City like it.

When the Brooklyn Nets’ new stadium opened at the corner of Flatbush and Atlantic avenues in 2012, it was in some ways the culmination of a 55-year-old scheme to bring an arena to the neighborhood. A stadium was first proposed for the site in 1955 by former Brooklyn Dodgers manager (and likely contender for most hated Brooklynite) Walter O’Malley; a battle with Robert Moses (who preferred Flushing for a stadium) ensued, and ended with the Dodgers packing up and moving to Los Angeles in 1957.

Decades later, the path to the new stadium was just as filled with twists and turn: Frank Gehry was originally tapped to design the stadium, which was to be the centerpiece of the long-delayed (and oft-contested) megaproject formerly known as Atlantic Yards. But Gehry’s design was scrapped in 2009, and SHoP stepped in, ultimately designing the hulking, curved structure (covered in pre-rusted weathering steel) that stands today. It signaled a new era for Brooklyn, for better or worse.