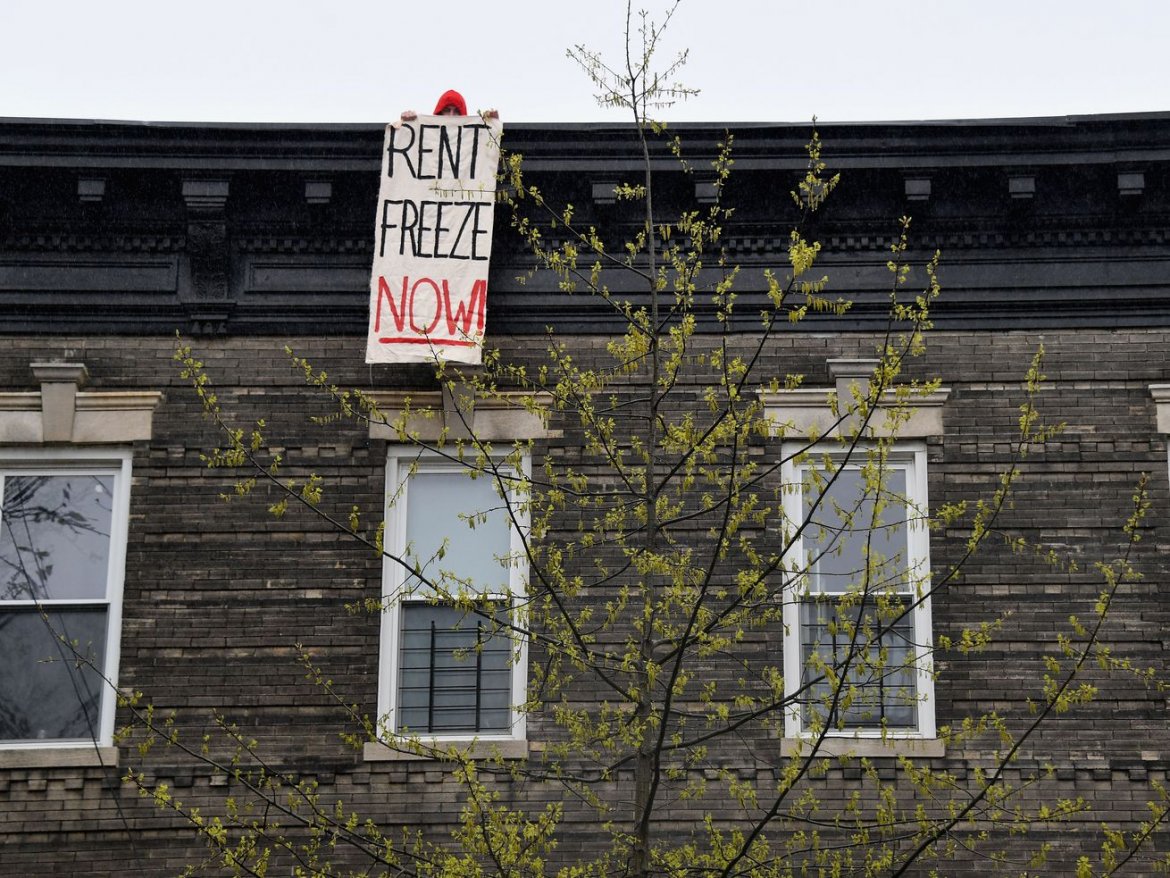 ‘I have no power’: The New York renters who aren’t protected from eviction 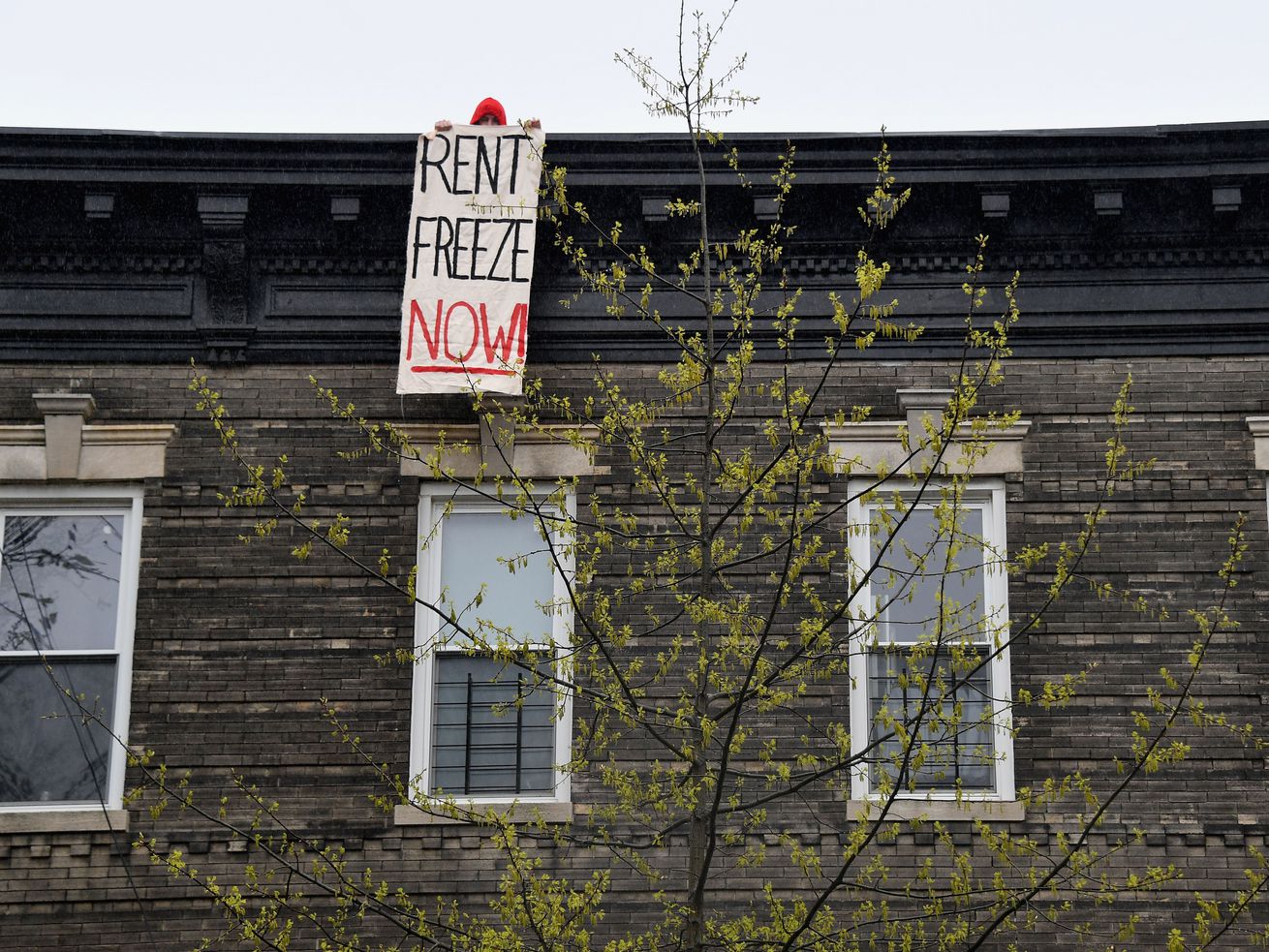 The governor mandated an eviction moratorium in March. But major changes will put tenants at risk come June 20.

It began one evening in April with a knock on Margarita Lopez’s door. She opened it to a man who handed her a piece of paper and flatly stated “Good luck.” That letter declared that Lopez would no longer be a tenant of the studio basement unit in her landlord’s two-story Staten Island home as of July 31.

As she read the notice, it dawned on Lopez that, unless she found a new apartment quickly, she could wind up homeless in the midst of a global pandemic. Since then, Lopez—who, at 59, is in remission from skin cancer and is HIV positive—has been frantically calling tenant hotlines seeking advice and has reluctantly begun her apartment search, despite running the risk of contracting COVID-19 with each apartment she visits.

“Every time I walk out of this door, I’m scared for my life. I feel like I have no power,” says Lopez. “I feel stuck. If I end up homeless, a shelter is not an option because eventually I’ll get sick. It’s a lot of questions about what comes next.”

Since a statewide moratorium on evictions was first enacted in March, New York governor Andrew Cuomo has insisted that he “took care of the rent issue.” He says that the moratorium “solves” the problem of renters being unable to stay in their homes in the middle of a pandemic and that the “most vulnerable are protected.”

But that isn’t the full picture. Cash-strapped New York tenants are still expected to pay what could end up being months’ worth of back rent once the moratorium expires. Despite pressure from tenant advocates and elected officials for greater rent and mortgage relief, the governor has deferred action; during a press briefing on Memorial Day, he maintained that “if we’re still in this chaos in August, we’ll figure it out then.” That’s cold comfort to some tenants who, especially come late June, may slip between the cracks of a porous eviction moratorium.

Lopez is one of those vulnerable renters. The moratorium is in effect until August 20, but Lopez still may have little choice but to eventually leave her apartment or risk being evicted. She lives in an unregulated unit and, as the recipient of disability benefits, has not lost income as a result of COVID-19. That wouldn’t have mattered under Cuomo’s initial 90-day moratorium. But when the governor extended that pause with a new executive order in May, it came with significant changes.

Chief among them is that as of June 20, the moratorium will only apply to tenants who have suffered a “financial hardship” because of COVID-19 or who qualify for unemployment. That means people like Lopez—along with undocumented immigrants and many with pending eviction cases—could soon find themselves in court with little recourse to fight an eviction during a public-health crisis that has claimed more than 21,000 lives across New York City. And because the language of the governor’s order extending the moratorium is vague, it has opened the door for loose interpretation from the court system, leaving more tenants vulnerable to becoming homeless amid the outbreak of an infectious disease.

Lopez says that she has had trouble parsing how the eviction moratorium applies to her specific situation and says calls to tenant hotlines and lawyers have offered few concrete answers. That lack of lucidity has translated to sleepless nights and an unsure footing for Lopez. “It just feels like I am so up in the air right now,” she says. “I feel forgotten.”

To make matters even more complicated, New York landlords may actually be able to begin enforcing eviction warrants, filing new nonpayment cases, and seeking default judgments against tenants starting on June 20, according to recent court directives. But tenant and landlord attorneys are confused and concerned about how those proceedings could play out.

The governor’s recent changes created fissures in a moratorium that initially offered tenants blanket protection from eviction proceedings. A broad category of cases known as holdover proceedings—usually brought against tenants for reasons other than nonpayment—were left unaddressed in the extension; some attorneys believe such cases will move forward once the order takes effect. Gig workers and others who lack a traditional paper trail documenting their income may also have difficulty qualifying under the latest order. Patrick Tyrrell, a staff attorney for Mobilization for Justice, says the gaps in tenant protections mean more renters will begin “falling through the cracks.”

“There’s so many unprotected categories under this new order,” says Tyrrell. “I think it’s going to be very, very difficult times after June 20 if there aren’t greater protective measures in place.”

Carlos has worked in New York City’s food-service industry for 17 years until he lost his job in March as a result of the pandemic; his two roommates are also undocumented and have lost their jobs in the restaurant industry. Before the pandemic, Carlos says the trio were on good terms with their landlord; now, with little hope of paying rent in the near future, that relationship has soured. “I’ve tried to explain, but she just keeps demanding rent,” says Carlos.

“She doesn’t understand the struggles we’re facing right now,” says Carlos. “We’re not paying because we don’t want to—we just can’t.” It doesn’t help that finding a new job, Carlos says, is a trade-off between “paying my rent and my life.”

“The only jobs available to me are ones where I’m putting my health at risk, and I have no insurance,” says Carlos, whose father is helping him pay his phone bill while his sisters send money for groceries. “I know I need the money, but if I have to choose between my health and paying rent, I choose myself. I have to be selfish.”

Because of his status, Carlos is not eligible for any kind of government assistance, federal stimulus checks, or unemployment insurance. He would not qualify for protection under the latest conditions of the eviction moratorium unless he disclosed his immigration status, according to tenant attorneys. But that could give unscrupulous landlords an opening to alert Immigration and Customs Enforcement (ICE). Tyrrell calls people like Carlos “a humongous class of vulnerable folks” under the new order.

“Undocumented immigrants categorically are not eligible for benefits, so they’re only getting protected under the financial-hardship definition, and producing the types of disclosures that might protect them in court would also out their status,” says Tyrrell.

Meanwhile, other tenants have run into the limits of the current moratorium: Renters may have relief from an eviction, but that does nothing to help them pay the rent owed.

Mehmet Kaptan thought he hit the jackpot when he found his four-bedroom duplex apartment in the East Village. The spacious unit has a balcony, a patio, and is a short walk to several subway stations. Kaptan, who is an engineer, shared the apartment with three other roommates, but when COVID-19 hit New York, his roommates fled—leaving him to pay the $6,400 rent.

When he and a half-dozen other hard-up tenants penned a letter to the landlord, NAL Management, asking to “open a dialogue” on concessions, management rejected those efforts and wrote back with a vivid warning for those unable to pay rent.

“If tenants do not pay rent we do have the right to sue and ruin tenants credit for non payment once the eviction/sue moratorium is lifted,” management wrote to tenants in an email review by Curbed. (NAL declined a request for additional comment.) “If a tenant gets sued for nonpayment that is on your credit report for 7 years. For young professionals that is a long time when you can be trying to get a business loan, buy a home, etc. It can ruin your future life choices. We are trying to prevent that from happening to our tenants.”

New York City is home to 5.4 million renters in more than 2 million apartments, roughly a quarter of whom didn’t pay rent in May, according to landlord trade group Community Housing Improvement Program. Housing advocates have pushed for a 90-day suspension of rent for certain tenants, but those efforts were quashed when the State Legislature returned to Albany in May to take up a package of COVID-19 relief bills.

Instead, state lawmakers begrudgingly approved a measure to use federal relief dollars to provide vouchers to landlords whose tenants have lost income during the pandemic—but that aid will still be beyond the reach of many struggling tenants who don’t meet income requirements for the support. The legislature also passed a bill that is similar, but not identical, to Cuomo’s latest executive order on evictions. The main difference is that it would last as long as any provision of the state’s PAUSE order is in place, which could be many months. Both bills are headed to Cuomo’s desk for review.

But some tenants, such as those whose leases expired or who didn’t have a lease to begin with, could find themselves in a bind regardless of legislation. Apartment searches have been upended by the pandemic, making it harder for many tenants to find a new home, notes Ellen Davidson, a staff attorney with the Legal Aid Society. “We have quite a few tenants whose leases were up and would have been spending this time period finding a new apartment,” says Davidson. “Because of circumstances beyond people’s control, they’re at risk—these are people who have been paying rent, but their landlord doesn’t want them to stay.”

Take Lopez, for instance. The letter she received in April is what’s known as a “notice to terminate tenancy.” That notice, reviewed by Curbed, warns that she must “vacate and surrender possession of the subject premises to owner/landlord on or before the aforementioned termination date of July 31, 2020,” and if she does not, her landlord “will commence summary proceedings under the Statute to remove you from said premise.” A notice such as this is not enough to legally evict a tenant; legal proceedings must occur before an eviction order can be issued.

But once housing court reopens, Lopez is at risk.

She has spent more than a month searching for a new apartment that meets her medical needs, but progress is slow going amid New York’s stay-at-home order. She may end up moving in with her sister elsewhere on Staten Island if she can’t find a new apartment. But in the meantime, she plans to go to Staten Island’s civil court when it reopens to petition for additional time—a risky visit that could turn deadly if she contracts COVID-19.

“As soon as it opens, I’m going to shoot down there,” says Lopez. “I have to take my chances. I could get sick, but it’s what I have to do to survive.”

Linda Apice, Lopez’s landlord, says that she’s sympathetic but needs the apartment for a relative. “I understand. I feel bad,” Apice told Curbed. “I know she’s been looking, but I’m sorry—that’s out of my hands right now.”