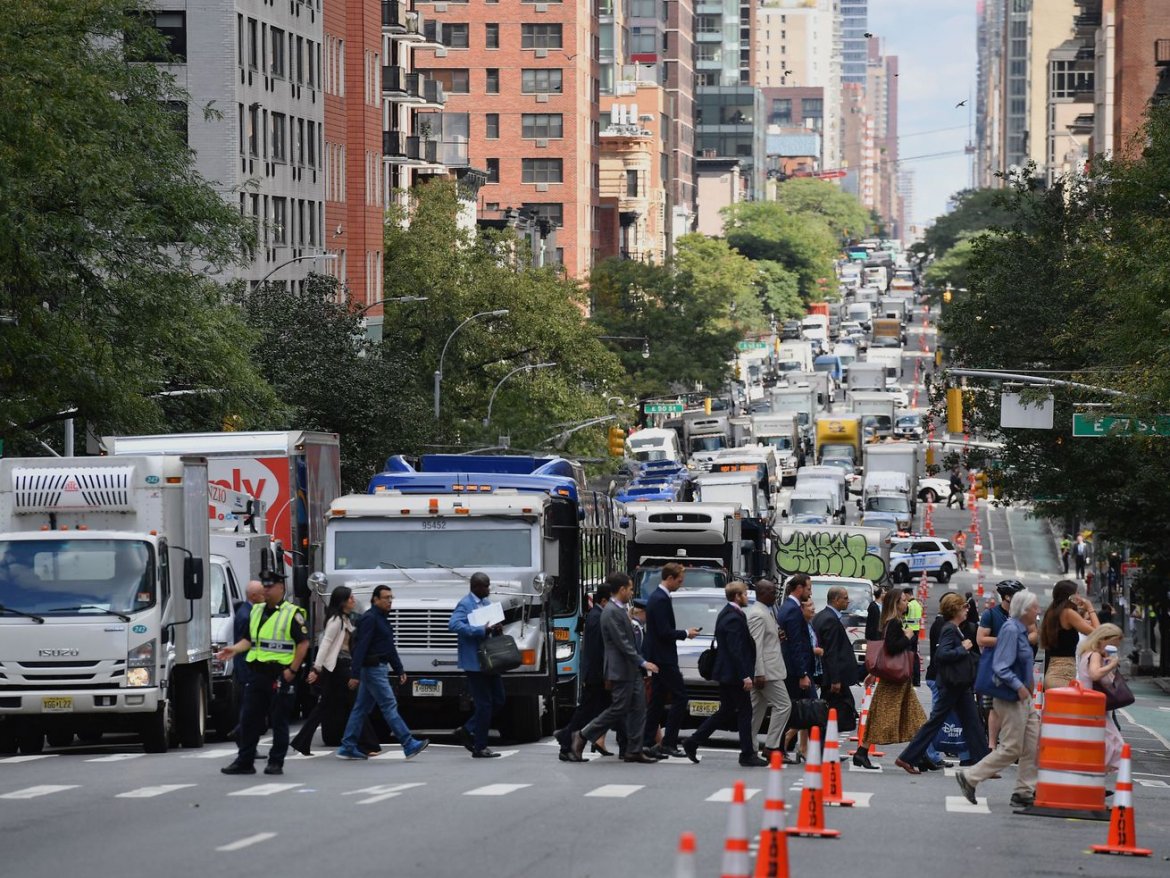 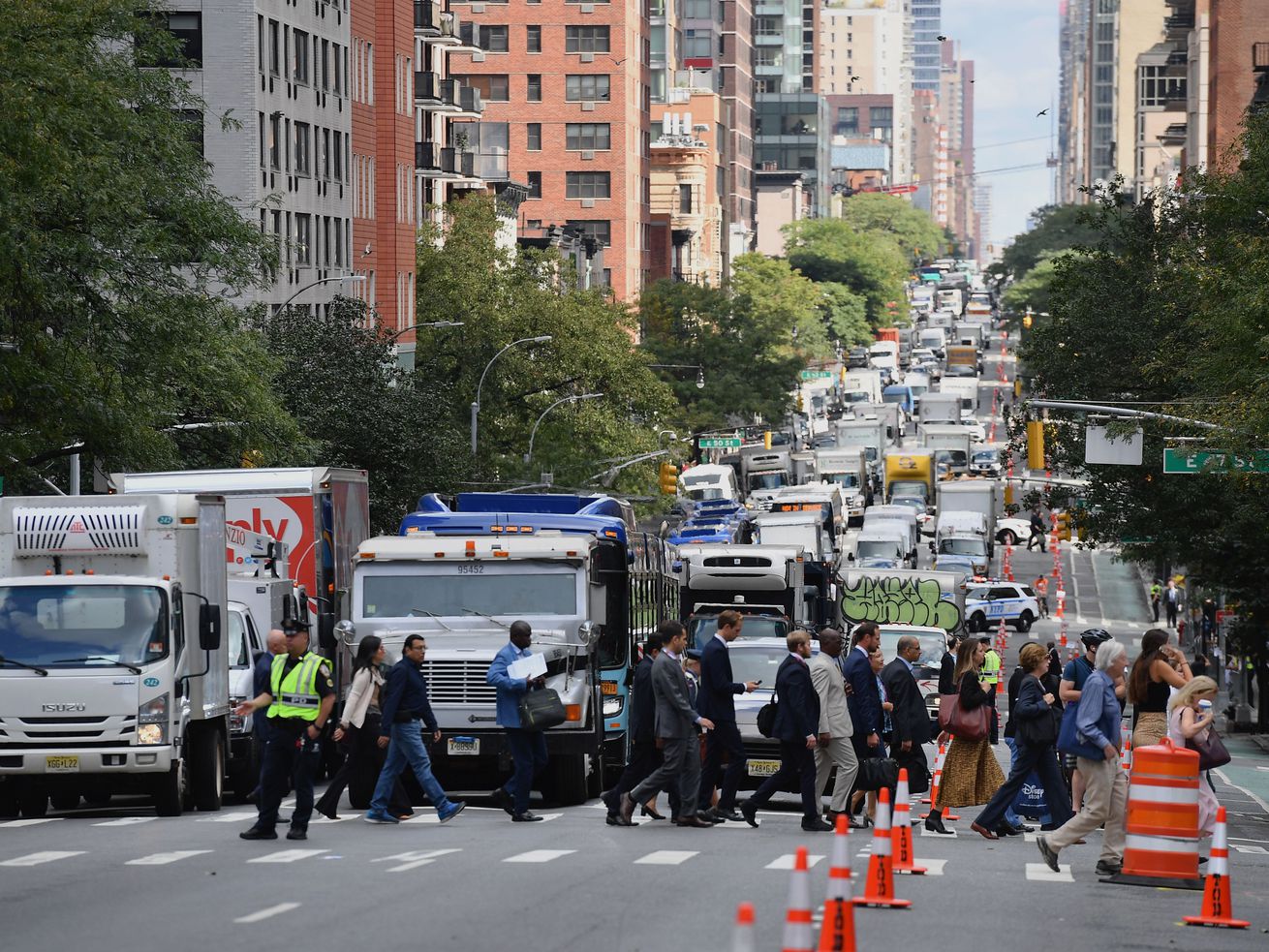 New York City has a congestion problem, with private cars, for-hire vehicles, and delivery trucks now occupying heretofore unseen amounts of space on the city’s clogged streets (and making it harder for buses and cyclists to get around).

And now, the city’s Department of Transportation is taking a step toward alleviating at least one of those causes of congestion: The agency will announce today that it’s implementing a pilot program to allow electric, pedal-assisted cargo bikes to make deliveries throughout Manhattan’s central business district (roughly, the area below 60th Street), the same area that will be impacted by congestion pricing.

Participants in the pilot, which was first reported by Streetsblog, will be Amazon (which already has 90 cargo bikes making deliveries on city streets), UPS, and DHL. The vehicles will be allowed to park in commercial loading zones, according to the New York Times, and smaller ones will also be able to use bike lanes to get around.

While trucks make up a relatively small share of overall traffic in the city—anywhere from 8 to 12 percent annually, according to a recent DOT report—most of the activity happens during peak congestion hours (from 7 to 10 a.m., and 4 to 7 p.m.). And the number of deliveries happening has increased over the years, with more than 1.5 million packages delivered in the city every day. The amount of goods shipped into the city is expected to reach 540 million tons by 2045.

The goal of the pilot is twofold, per DOT commissioner Polly Trottenberg: to reduce congestion, and to improve safety on city streets. The average travel speed within Manhattan’s CBD is now just over seven miles per hour, down from nine miles per hour in 1990. Reducing these bottlenecks through a number of measures—not just reducing freight trucks, but also a “cruising cap” on for-hire vehicles, as well as congestion pricing next year—may help get traffic moving faster.

And on the safety side, nearly half of the cyclist deaths that have occurred this year involved a truck. Cargo bikes can reduce this risk simply by virtue of not being a large vehicle, but also because they take up less space on city streets.

Pollution (of both the environmental and noise variety) is also a big factor: According to a report from the NYC Economic Development Corporation, trucks accounted for 10 percent of greenhouse gas emissions in the city in 2015—a small percentage on the whole, but one that can be reduced further with sustainable modes of transport.

In coming up with the pilot, the DOT looked to other cities where e-bike deliveries have become more prevalent. “Around the world, we have seen how freight companies use cargo bikes to move goods around dense urban neighborhoods more efficiently,” Trottenberg told the Times. UPS, for example, started its first cargo bike delivery program in Hamburg, Germany in 2012, and rolled out a similar program in Seattle in 2018.