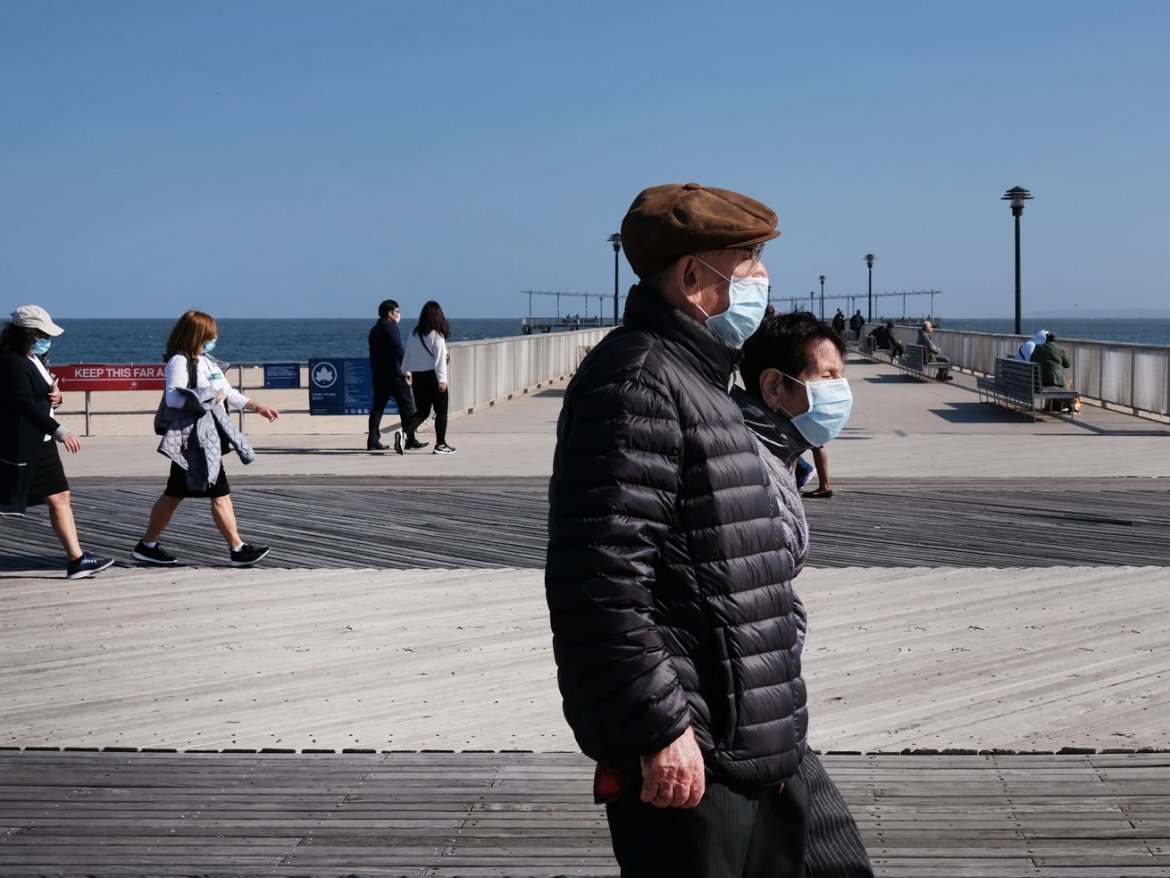 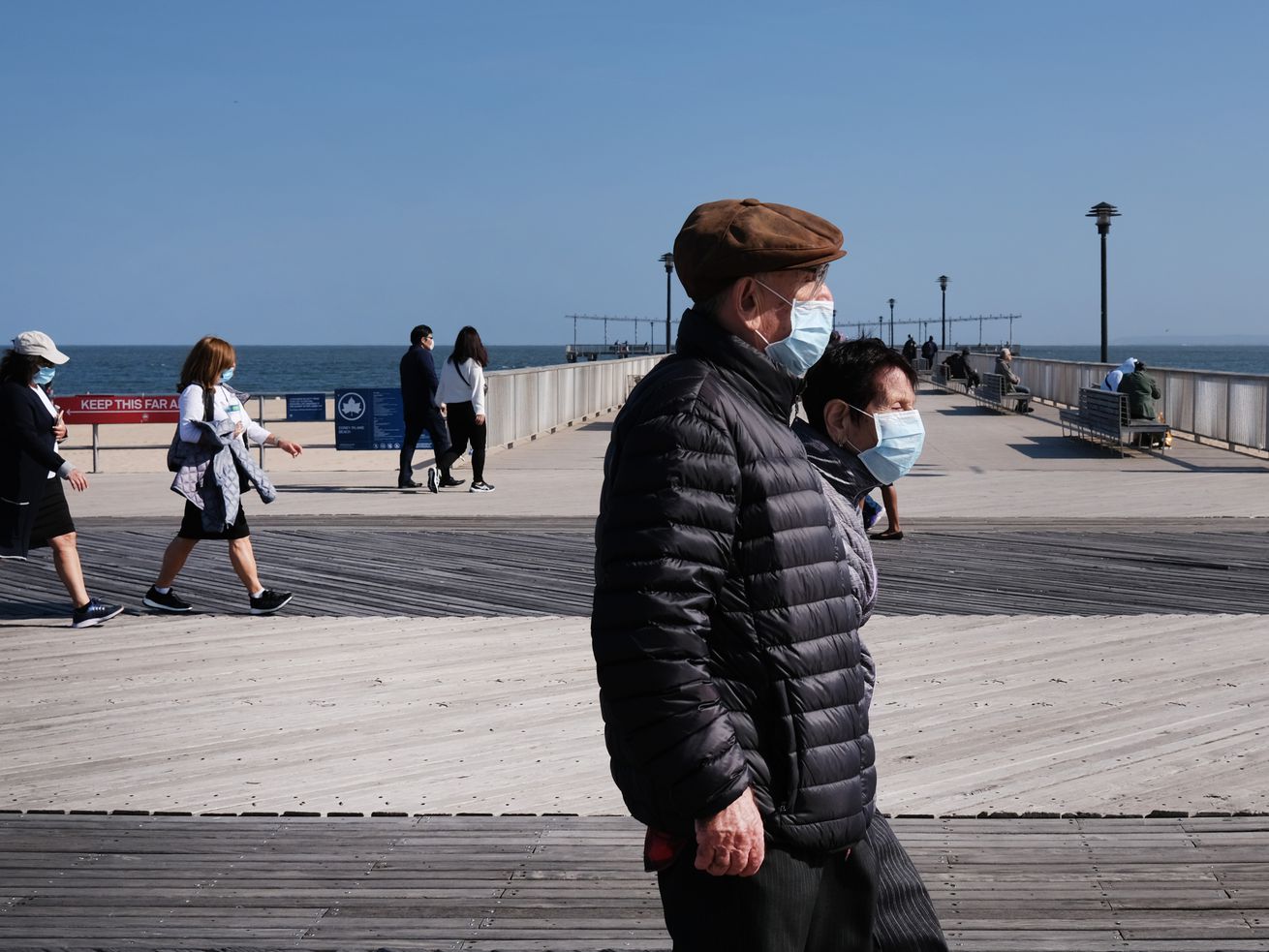 Among the initiatives to combat extreme heat, the de Blasio administration launched a program to provide free air conditioners to vulnerable New Yorkers.

It was a hot summer morning in the Bronx on Tuesday, June 23, with temperatures climbing into the high 80s. Jose Batista, an 81-year-old tenant in the New York City Housing Authority’s (NYCHA) Mitchel Houses, was getting ready to head outside for some fresh air and to cool down.

“I can’t deal with this in the apartment,” Batista says in Spanish. “Now, at least outside with the trees and my mask on, I could put up with it a little more, because with this humidity, I can’t. I can’t.”

His window-unit air conditioner was old and not working properly, so someone had recently uninstalled it, he says. Now, he’s requested a new one from NYCHA management, but that was 11 days ago, and he hasn’t heard back from anyone.

Batista — who suffers from high blood pressure, is diabetic, and just finished radiation treatment for prostate cancer — lives in a studio apartment in the Lincoln Avenue development, located in the Bronx’s Mott Haven section. The apartment, which faces the street, bakes in the heat. “I’ve had to use a fan, but it’s not working well because the heat has increased a lot over the past three days … and the fan is not helping a lot,” Batista says.

Extreme heat is an increasingly dangerous facet of summers in New York City, and is especially so this year for populations that are at higher risk of COVID-19 and would be safer cooling down indoors rather than at a cooling center, pool, or beach. The communities that are mostly affected by extreme heat during the summer are now the same ones that have been disproportionately affected by the coronavirus pandemic: lower-income communities of color and the elderly.

One of the programs the mayor’s office has begun to implement this year to combat extreme heat this summer is providing free air conditioners to low-income New Yorkers so they can stay cool while remaining inside.

“Essentially, COVID-19 and climate change — in particular, extreme heat … are on a collision course, and it’s going to be low-income families, older adults, our communities of color that are most impacted,” says Jainey Bavishi, director of the Mayor’s Office of Resiliency. “And extreme heat is the deadliest weather event that we face, and so this is really a matter of life and death, so it’s extremely critical that we are taking steps to prepare for this very unique heat season that we are about to enter.”

The program is among several initiatives the city carries out every year to help cool down New Yorkers. This year, there will also be “misting oases” and spray showers in NYC parks, and the Fire Department will install spray caps on hydrants in neighborhoods that are most at risk of heat waves.

Cities around the world experience extreme heat as an effect of climate change, and New York City is not an exception. Like many other places, NYC faces the urban-heat-island effect. This is caused when infrastructure, buildings, and roads replace moist green areas, creating impermeable, dry surfaces that prevent heat from being absorbed properly. Despite efforts to mitigate heat waves, summer weather results in an average of 115 excess deaths from natural causes “exacerbated by extreme heat” and 13 heatstroke deaths every year in NYC, according to a 2017 report from the de Blasio administration.

In an interview with Curbed back in December — in pre-pandemic times — about what the next decade would look like for New York City in terms of climate-change mitigation, Dr. Timon McPhearson, professor of urban ecology and director of the Urban Systems Lab at the New School, emphasized the importance of addressing extreme heat, especially because it disproportionately affects already vulnerable populations.

“Low-income minority neighborhoods that have low amounts of green space, they don’t have as many trees, they don’t have many parks, and so they’re hotter — but they’re not just hotter, they’re hotter in areas where people have less income, less ability to afford air-conditioning, less resources to deal with heat, and therefore are more at risk,” McPhearson said.

There is an evident overlap when it comes to the neighborhoods affected by COVID-19 and those hit hardest by heat waves. According to the Heat Vulnerability Index, which measures heat-related illness or death in different neighborhoods, found that several areas in the Bronx, including Mott Haven, Melrose, and University Heights, are at highest risk, along with Bed-Stuy and East New York in Brooklyn, plus Jamaica in Queens. Risk factors for an area, according to the index, include hotter surface temperatures, less green space, and more low-income residents. And some of those same neighborhoods have been largely affected by the coronavirus pandemic as well.

Research has also shown that African-American New Yorkers are at a higher risk of mortality as a result of heat, and they have experienced a high mortality rate because of COVID-19, too.

The $65 million free-air-conditioners program aims to provide over 74,000 ACs to New Yorkers who are 60 or older, who don’t already have an AC at home, and who have an income below 60 percent of the state’s median income. As of June 24, 18,000 ACs have been installed, and 37,000 senior households, many of them located within NYCHA developments, have registered to get them.

Meanwhile, in order to help the New Yorkers receiving ACs pay for their higher utility bills, the state’s Public Service Commission also agreed to double the amount of its Con Edison utility-bill discount. Through that low-income program, Con Edison customers receive a discount of $13 a month, and now, the “emergency summer cooling credit” will add up to $40 a month between June and September.

And though it is an innovative program, it is definitely not the best long-term solution to extreme heat, McPhearson says in a recent interview: “Long-term, we have to decrease the urban-heat-island [effect], and that’s going to mean increasing in blue and green infrastructure at a much larger scale to provide evaporative and shade-based cooling in the city.” McPhearson adds that running ACs will require more energy and may become a source of CO2 emissions.

The city is also working to prevent power outages — like the one from last year that left more than 50,000 New Yorkers without power during a heat wave — from increased use of air-conditioning during the summer.

Extreme heat is only expected to get worse in the years to come. The New York City Panel on Climate Change, a group of climate and social scientists that aims to develop climate-change projections, first assembled by former mayor Michael Bloomberg in 2008, predicts that the number of days above 90 degrees annually in NYC could be doubled by the 2050s.

For now, Batista, the elderly resident of Mitchel Houses in the Bronx, is hoping to get his AC installed soon. “I went to the NYCHA office with my nephew who speaks English well, and they took my information and they said they would call me, but they haven’t. I haven’t received any answer,” he says. “It’s very tough because the AC could help with the pollen [entering my apartment] a little bit, but [right now] I have to keep the window open, you see?”