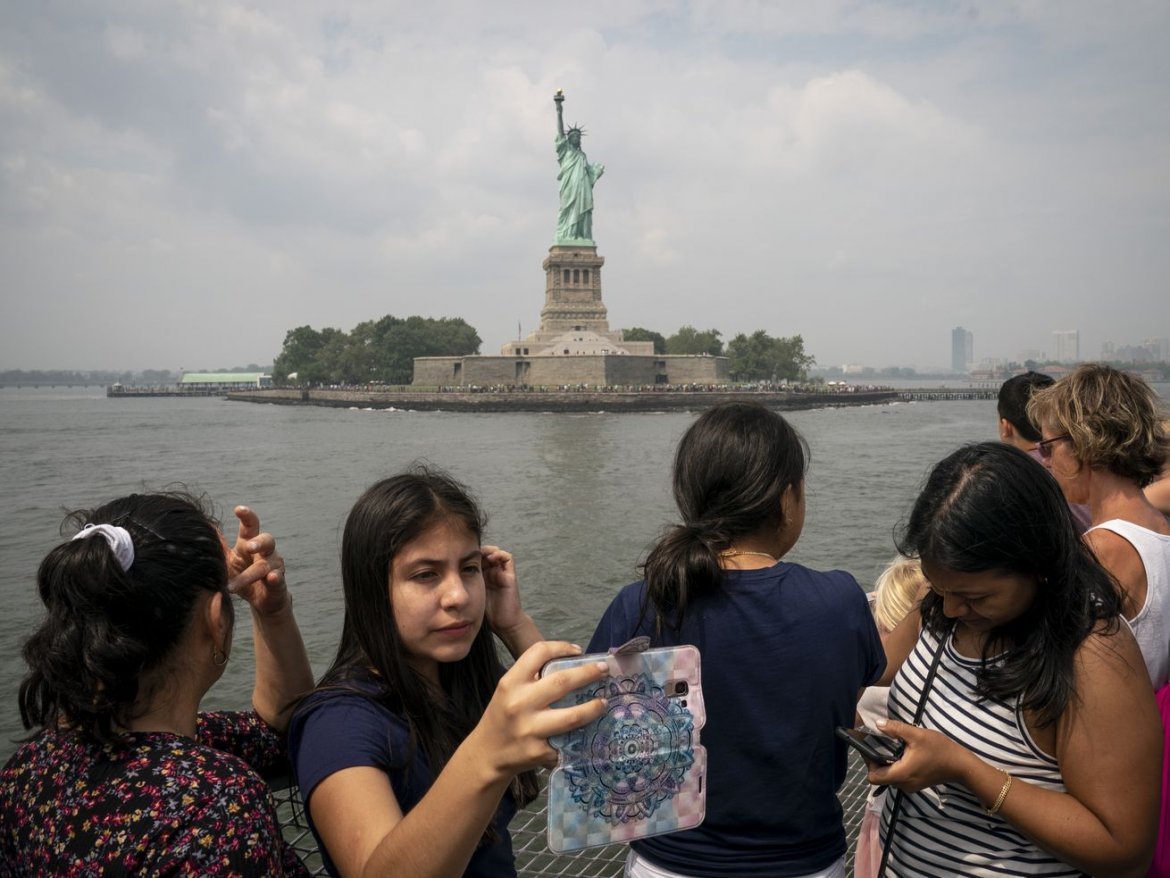 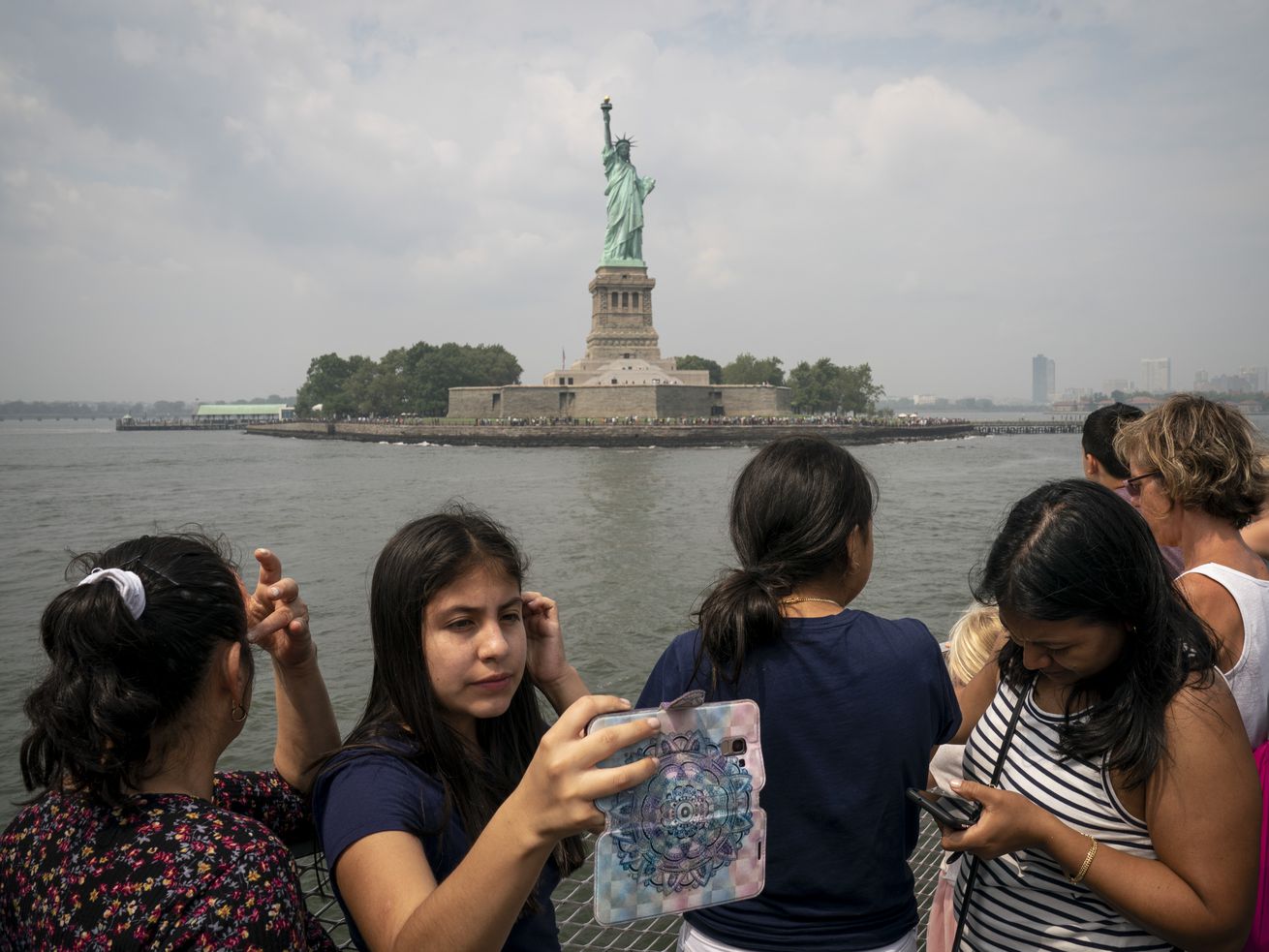 Tourists pose for photos on a boat ride to the Statue of Liberty. | Drew Angerer/Getty Images

The actor was scammed by deceptive ticket sellers in lower Manhattan

Mayor Bill de Blasio is beefing up enforcement efforts against fraudulent Statue of Liberty ticket sellers—after actor Alec Baldwin was publicly swindled by one of those scammers.

Baldwin was tricked into purchasing pricey tickets for himself and his family to visit the Statue of Liberty, according to an Instagram post by the famed actor. A ticket seller directed Baldwin to an unauthorized bus stop on West Street just north of Battery Park, where he was told to take a shuttle bus to a boat in New Jersey, the post continues.

So, we head to South Ferry. Me and @hilariabaldwin Two sharp, savvy NYers. Kids in tow. We buy the tickets for the “boat tour” of the Statue of Liberty. We are escorted to a shuttle bus. To New Jersey! I kid you not. We paid. Then we read the tickets. NO ON EVER MENTIONED NEW F***ING JERSEY!!! This is a scam. Take the SI Ferry. It’s the best ride in NY.

The scam is one that many tourists fall victim to each year: They’re conned into buying tickets to vessels that take them near—and not to—Lady Liberty or Ellis Island. Statue Cruises is the only ferry operator permitted by the National Park Service to take visitors to Liberty and Ellis islands.

Tickets go for $18.50 and can be purchased online or at a kiosk in Battery Park, but vendors claiming to sell tickets to the attractions often dupe tourists into purchasing rides for double the price of a Statue Cruises ticket.

One day after Baldwin’s Instagram post went viral, Mayor Bill de Blasio blasted the fraudulent ticket touting as “unacceptable” and announced expanded efforts across multiple city agencies to crackdown on deceptive ticket scalpers that frequent the Battery. These efforts have been in the works for many weeks and were announced Tuesday after increased inquiries about steps the city is taking to curb the issue, according to a mayoral spokesperson.

“The Administration has been working to crackdown on deceptive companies and aggressive vending for months,” City Hall spokesperson Laura Feyer said in a statement. “Mr. Baldwin brought increased attention to the issue tourists and visitors face every day, and our agency partners are continuing to work together until this problem is a thing of the past.”

As part of the crackdown, the city’s Department of Transportation has sent cease and desist letters to Freedom Cruises and Sphinx Transport, two boat tour companies that the city believes are operating non-permitted bus stops in lower Manhattan.

The multi-agency effort also includes the NYPD maintaining “high visibility posts” in the area and issuing summonses to buses breaking the law. The city’s Department of Consumer and Worker Protection is also finalizing new rules that require sellers to clearly state on tickets whether their boat will actually land at Liberty or Ellis islands, and the NYC Economic Development Corporation is continuing its ban of companies from city berths that utilize the deceptive ticket sellers.