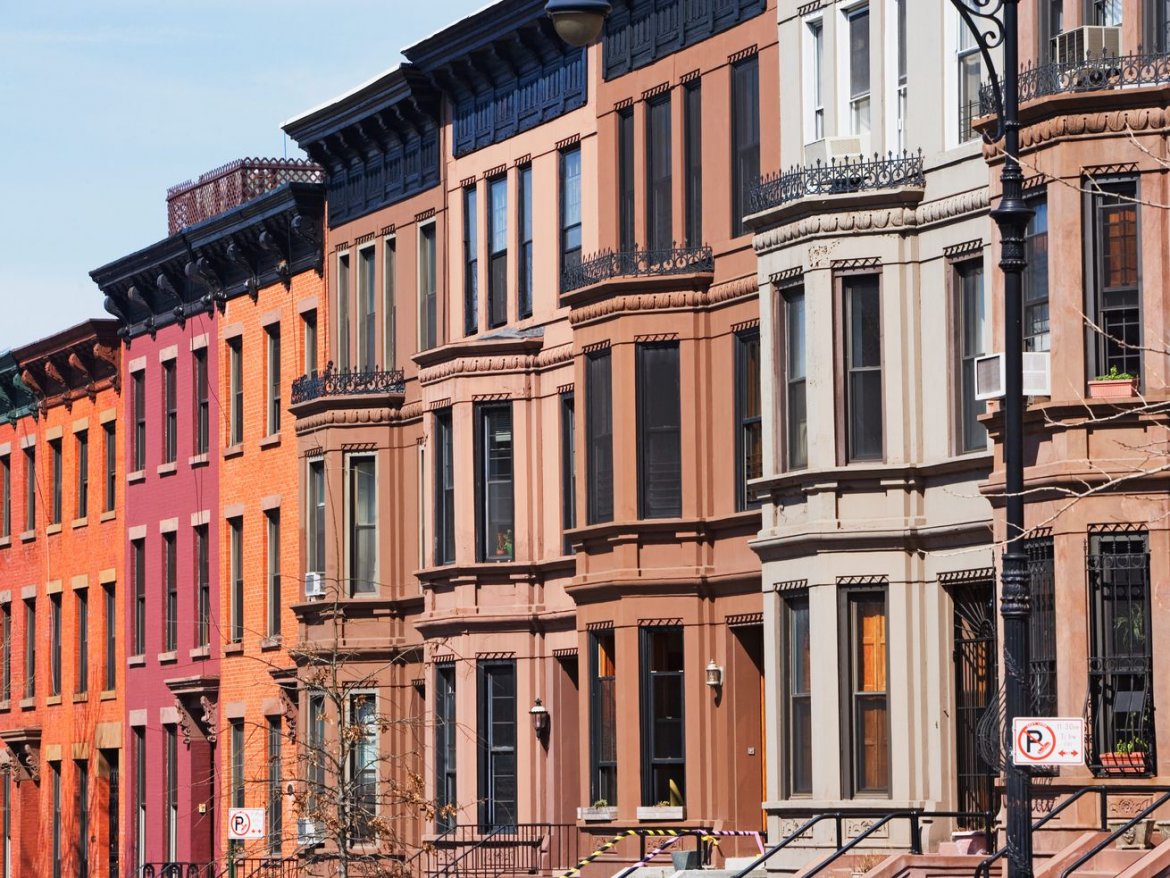 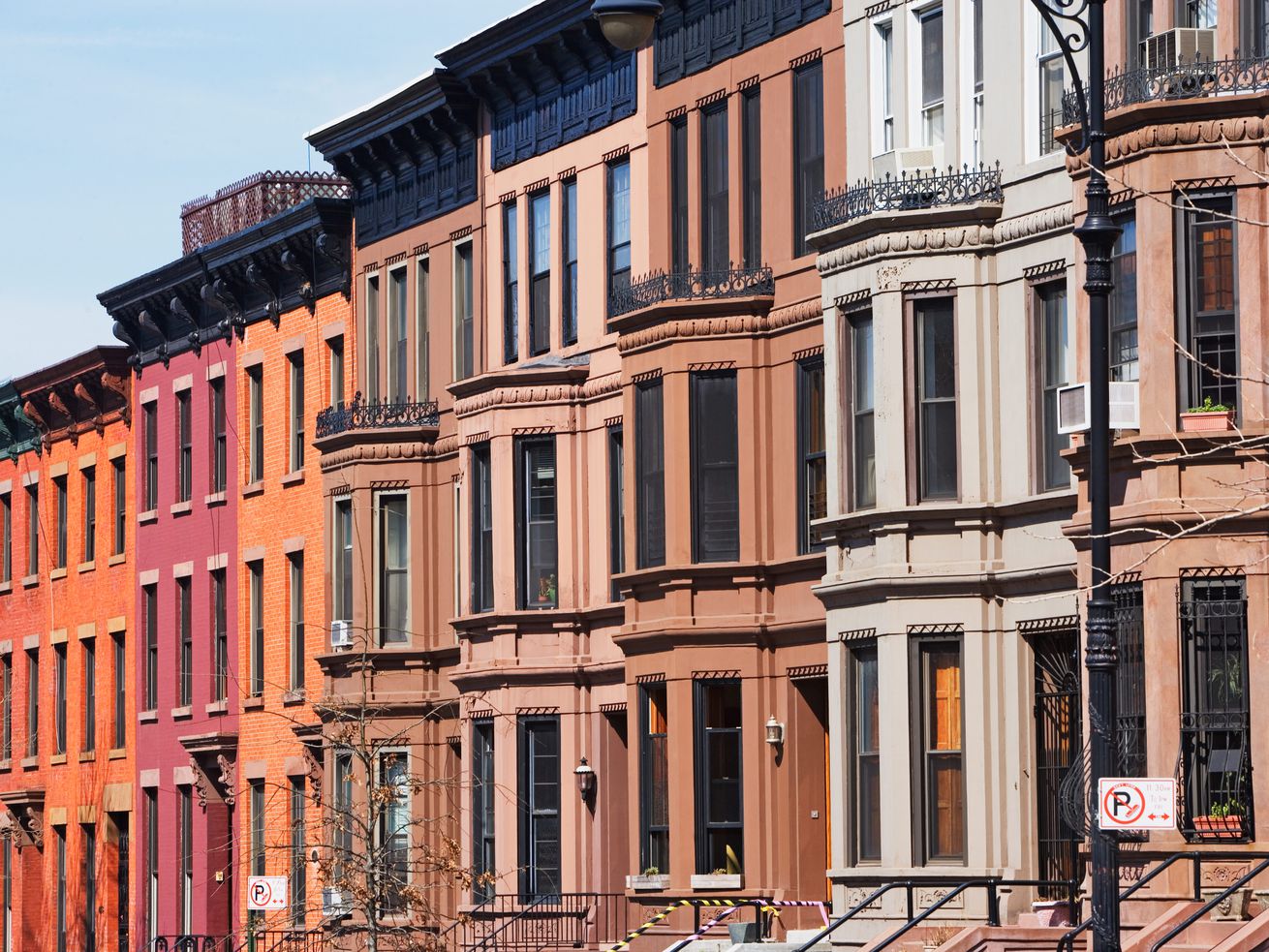 A row of apartment buildings in Brooklyn. | fotog/Getty Images

Here’s what’s going on around town this week.

Landlords Strike Out in Lawsuit Against New York Rent Laws

Last year, renters across New York rejoiced when the State Legislature passed a spate of robust tenant laws. The landlord lobby, unsurprisingly, was not too pleased after its failed campaign to curb the legislation. It wasn’t long before the lawsuits began streaming in against the new laws, which limit rent increases, cap the ways apartments can be deregulated, and made it a bit tougher to evict tenants who violate their leases, among other things. For months, those challenges have been working their way through the courts. But on Wednesday, tenant advocates took a victory lap after a judge threw out a major lawsuit against the state laws.

It’s a weighty ruling that upholds the government’s power to regulate rents in New York —and a dblow to the landlord groups who seek to overturn existing rent laws. The challenge was a last-ditch effort by the Rent Stabilization Association (RSA) and the Community Housing Improvement Program (CHIP) — two prominent landlord groups — to toss the new laws.

Judge Eric Komitee in the New York Eastern District Court didn’t buy the argument from landlord groups that the changes are unlawful. He pointed to decades of legal precedent that “supports a broad conception of government power to regulate rents, including in ways that may diminish — even significantly — the value of landlords’ property,” he wrote in his decision. Edward Josephson, the director of litigation and housing at Legal Services NYC, called the ruling a “clear message to landlords” that these legal attacks have little basis in the law.

They’ll get another shot once RSA and CHIP appeal the ruling in a higher court. “As the opinion states, it’s not for a lower court to reverse this tide,” a spokesperson for both groups said. “So while we respectfully disagree with [the] decision — we aren’t surprised by it.”

A Long-Awaited Pier Opens, Cape-wearing Abolitionists to March Through Manhattan, and Other NYC Happenings

Designers of Tribeca’s Pier 26 have capped a more than two-decade-long project to transform what was once a lifeless concrete pier into a curated esplanade with flora native to New York.

After years of planning and multiple coronavirus-related setbacks, the city is has finally begun to get moving on the rezoning of Gowanus. The plan, which would be the de Blasio administration’s biggest (and last) neighborhood-zoning change, begins its official nine-month land-use review process in January.

Speaking of Gowanus land: There may be a Revolutionary War burial ground alongside the canal — and, if there is, it could complicate (and require some archaeological work for) the Superfund cleanup and development.

Yet another battle flares at the Hotel Chelsea: The building’s decade-long conversion into condos continues to pit tenant against tenant (and tenants against the developer and the city), this time amid claims that the owners are trying to chase longtime residents out.

After a six-month hiatus, carriage-horse rides are returning to Central Park — much to the chagrin of animal-rights activists who condemn the practice.

The Wide Awakes, a coalition of artists and activists named after a group of cape-wearing abolitionists who marched for Abe Lincoln in 1860, are holding a march this Saturday.

Storefront gates along Coney Island’s Surf Avenue corridor — most of which remained down for the summer season — were spruced up with lively murals by six local artists.

A piece of performance art will park several people inside transparent boxes on beds of sand in Astor Place this weekend. The work, called Correspondences, is meant as an inquiry into “animate life and environmental ethics,” according to EV Grieve. Just another weird thing, in classic 2020 fashion.

Williamsburg’s beloved Kellogg Diner is struggling to survive; the Bel Aire Diner in Astoria will host a drive-in rock concert on Saturday.

The owner of the beloved Manhattan tableware store Fishs Eddy says her business is “gasping for air.”

Several NYC restaurants are now installing their own bubblelike (and waterproof) transparent covers for their outdoor-dining patrons, just in time for the colder days ahead. First it was the Upper West Side’s Cafe Du Soleil, and now many others like Lucciola and E’s Bar, have followed suit.

The budget-crunched MTA’s plan for two high-speed busways in Staten Island is on pause.