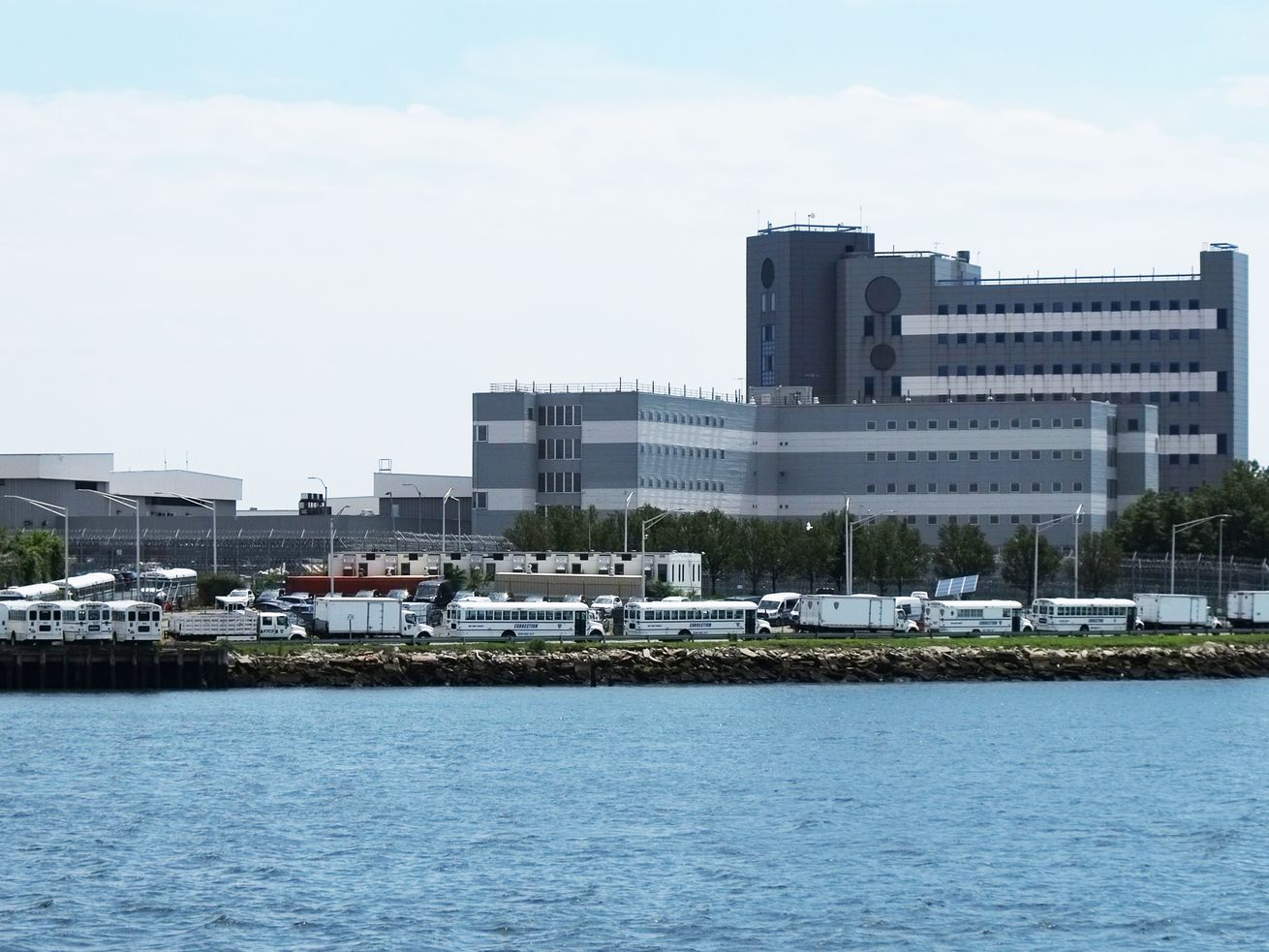 A judge’s ruling is the latest bad news for the mayor.

A lawsuit has landed a decisive blow to Bill de Blasio’s plan to replace Rikers Island with a smaller network of borough-based jails. Under the vision the mayor put forward in 2018, four new towering jails would rise near courthouses in Manhattan, Brooklyn, Queens, and the Bronx at a cost of $8.7 billion in what was an effort to halve the city’s jail population by 2026. Now, less than a year later, a State Supreme Court judge has effectively scrapped the building of a lower Manhattan jail — very possibly ending the entire plan, which was to be a defining piece of de Blasio’s mayoral legacy.

That ruling, along with two other lawsuits against the Bronx and Queens complexes, paired with COVID-19-related budget shortfalls that have already pushed demolition plans back, loom large over the mayor’s ability to follow through on his pledge to close Rikers. On Monday, Judge John Kelley sided with opponents of a 29-story jail proposed for Chinatown by nullifying the City Council and City Planning Commission approvals. If it isn’t overturned on appeal, the ruling will force a new public review process and vote by both the Council and the CPC. Both bodies, Kelley ruled, had significant gaps in their analyses of the project’s impact on the surrounding area and had skipped steps in the review process — chiefly by not restarting what’s known as the “scoping process” for the Draft Environmental Impact Statement when the city suddenly switched proposed sites from 80 Center Street to two blocks north at 124 White Street.

That process, which involves hearings and a period for public comment, had already begun at the initial site, but instead of starting from scratch at White Street the city chose to forge ahead. In doing so, New Yorkers were denied the early opportunity to weigh in on the location and its potential drawbacks, according to Kelley. “The effect is particularly egregious here,” he wrote, because it failed to explore “numerous cogent reasons, including socioeconomic, historical, land-use, and cultural reasons, for why the White Street site was singularly inappropriate.”

Similarly, because the city aims to construct the four proposed jails through the design-build process — in which architects and builders are hired under one contract — it meant that the design of the lower Manhattan jail (and the three others) had not been finalized when the public was reviewing the plan. Not knowing the exact design of the jails, and therefore not knowing how the neighborhood might be impacted by them, was a consistent criticism from communities surrounding the four proposed complexes during the approval process. Their refrain: How can you mitigate concerns and fairly review a project and its effect on neighborhoods when you only have a partial picture? That, in part, galvanized two other lawsuits targeting the jails planned for the Bronx and Queens, respectively.

That won’t be the case if the de Blasio administration has to start the public review process anew (the city plans to file an appeal to the ruling): Kelley explicitly said the city would have to update planning documents with the project details once they’re available, and share those plans to address any potential neighborhood impacts.

Jan Lee, a plaintiff if the lawsuit who runs his family’s two apartment buildings in Chinatown, said he felt vindicated by Monday’s ruling. “It was never about a NIMBY point of view,” he insists. “This is strictly about the process, and we fought this fight so people in New York City could not be taken advantage of by any city agency that tries to illegally push ahead with their agenda.” Lee admits that he would rather see the nearly $9 billion for the multi-jail project go into creating a “robust social-services network” of educational and mental-health programming, a sentiment championed by the No New Jails group that formed in opposition to the “Replace Rikers” plan.

Supporters of the city’s plan point to the five boroughs’ rapidly shrinking jail population — it fell south of 4,000 this spring, down from 5,500 in mid-March, owing in part to COVID-mitigation releases and bail reform — as proof of its feasibility. The four new jails are meant to house 3,300 detainees — a number the city originally predicted would take until 2026 to hit.