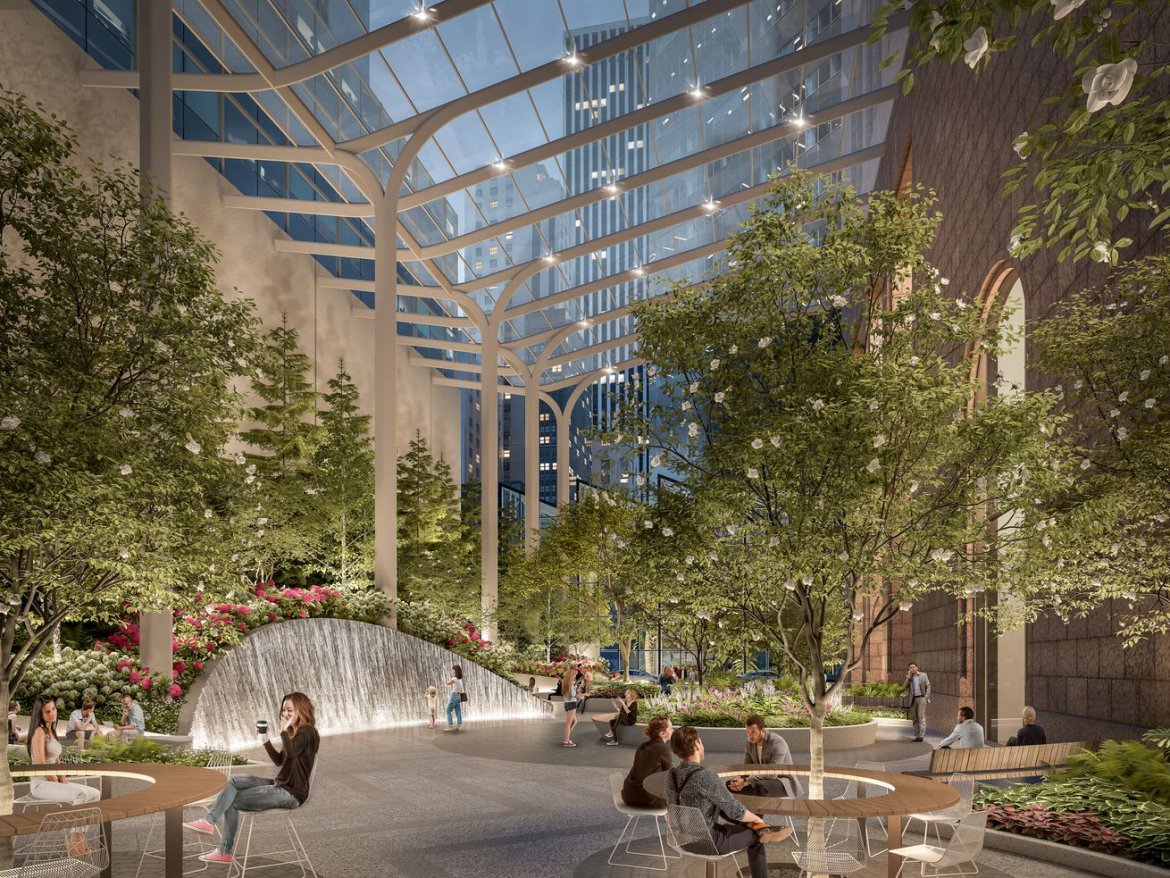 Reimagined POPS at 550 Madison Avenue will be ‘sensory retreat’ 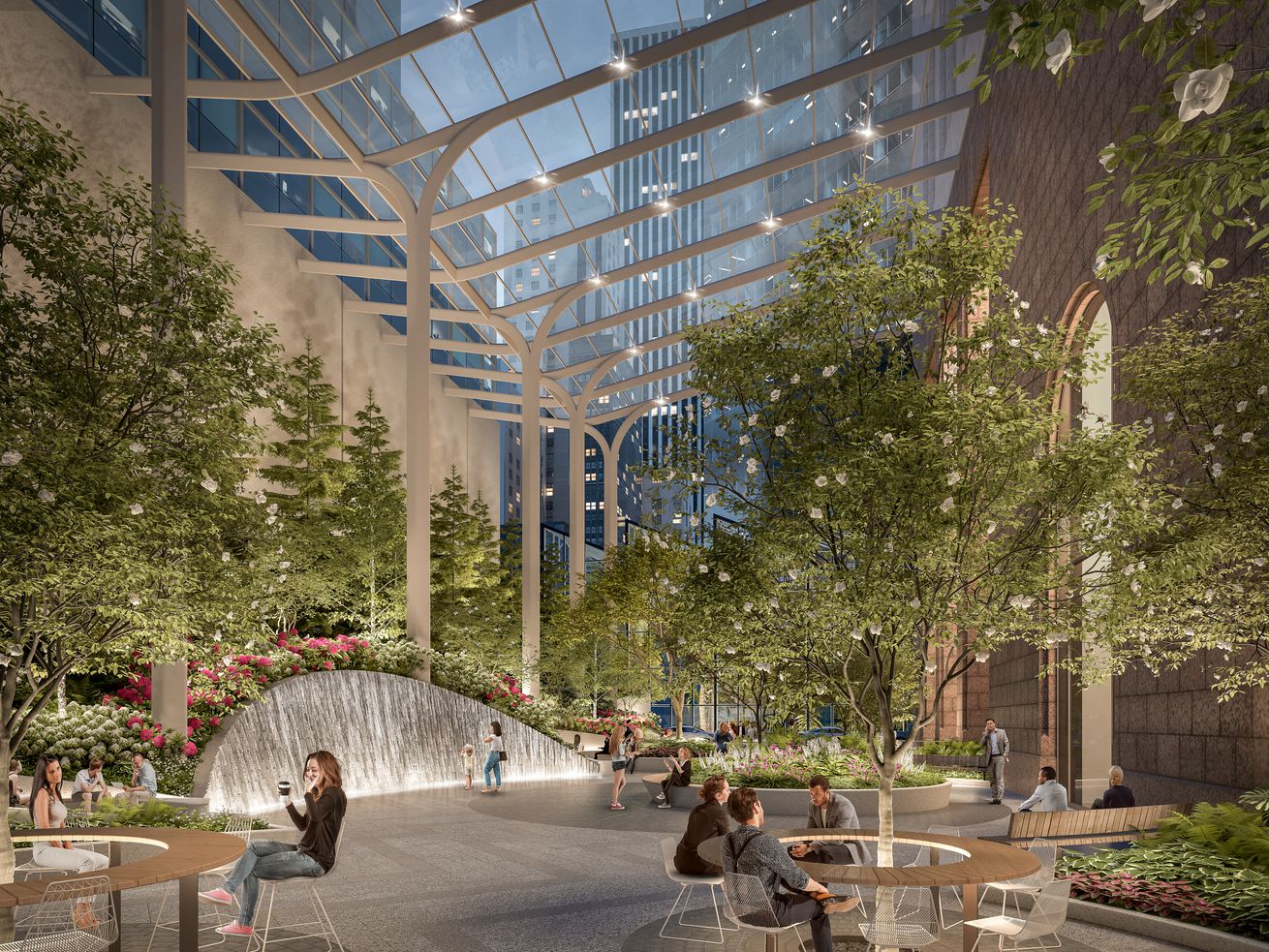 Renderings: Courtesy of Snøhetta and MOARE

Developers have unveiled renderings of the Snøhetta-designed public garden

A little over a month after renderings for the reimagined lobby of 550 Madison Avenue were unveiled, developer Olayan Group has revealed details on the Postmodern icon’s redesigned privately owned public space (POPS).

Connecting to the renovated lobby, the revamped POPS, designed by Snøhetta, will be transformed into a large public garden (a “welcoming sensory retreat,” according to a press release) with plantings, seating areas, tables, public bathrooms, bike racks, and up to 50 new trees. Almost half the space will be filled with a variety of plants including annuals, evergreens, and perennials. Overall, the project will increase the space by 50 percent, to over 21,000 square feet.

“This new garden complements the adjacent tower while drawing upon the vibrancy of the neighborhood and the natural history of the region, offering visitors an immersive respite in the city,” Michelle Delk, partner and director of landscape architecture at Snøhetta, said in a statement.

The Philip Johnson- and John Burgee-designed landmark was acquired by Olayan Group in 2016. A year later, the developers announced a partnership with Snøhetta to revamp the skyscraper—but the design, which would have replaced much of the building’s facade with a glass wall, didn’t sit well with preservationists and architecture experts.

The developer and architect went back to the drawing board, and in 2018, unveiled a new “preservation-first” design for the building’s exteriors and POPS. That was approved by the city’s Landmarks Preservation Commission early this year. The open space is currently being reviewed by the Department of City Planning.