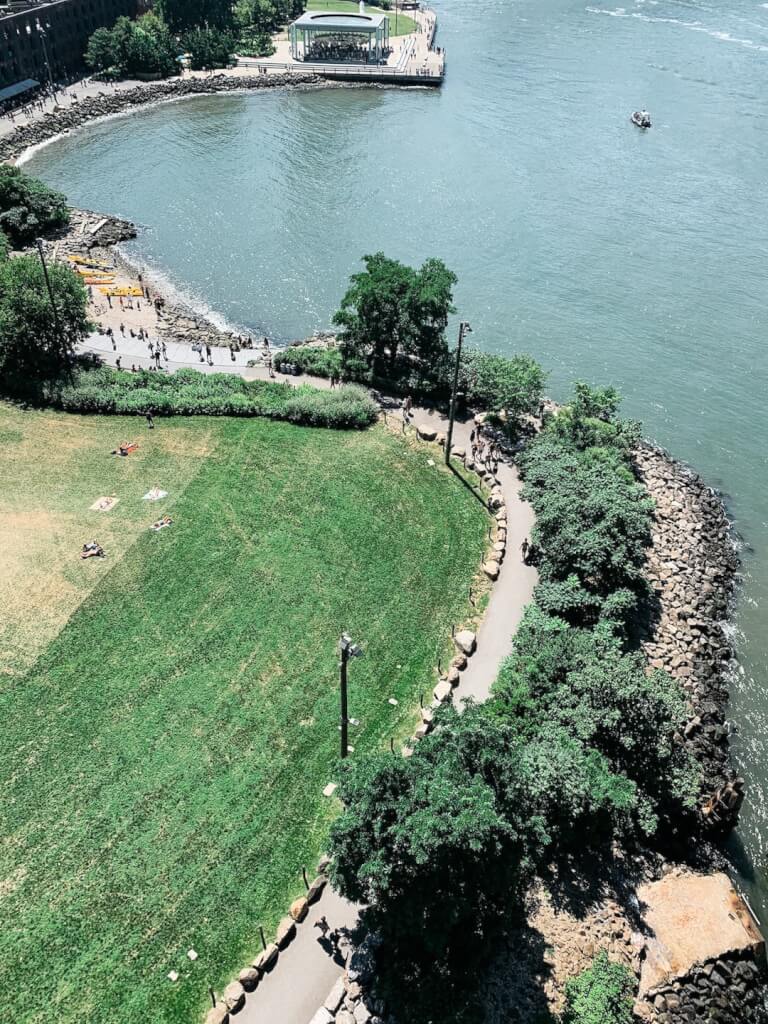 13 more miles of open streets, bringing the total across the boroughs to 45 miles and exceeding his goal of opening 40 miles by the end of May. After stating that this is the largest amount of protected streets in the nation, he assured New Yorkers that “it won’t stop there.” When the mayor first announced the program, he committed to opening 100 miles of streets throughout the pandemic. The latest batch will open tomorrow and includes tons of park-adjacent streets across Queens and the first open streets in Greenwich Village and Red Hook.

“Now that we have sufficient enforcement capacity,” said de Blasio, referring to the fact that most city agencies including the NYPD are back up to their pre-coronavirus levels of personnel, the city has found “that sweet spot where we can do the open streets, keep them safe, make sure there’s enforcement when needed, and allow people to enjoy it, especially in strategic locations where it’s going to help avoid crowding–parks and other areas.”

The first set of open streets opened in early May. They dealt with 4.5 miles inside parks and 2.7 miles adjacent to parks. The second set, 1.9 miles, was opened in collaboration with Business Improvement Districts (BIDs). The third set, announced last week, includes some streets managed by BIDs (1.3 miles), as well as some overseen by local police precincts (7.6 miles) and more adjacent to parks (2.8 miles). The latest group sees the same combination: 1.8 miles will be managed by BIDs, 2.7 miles will be adjacent to parks, and 8.8 miles by local precincts.

Here is the full list of open streets; those bolded will open tomorrow.

As the Department of Transportation details on its website:

Open Streets are available daily, 8 am to 8 pm (unless otherwise noted) for pedestrians and cyclists to use the roadbed of the street while maintaining at least six feet of distance from others. Opening hours may vary by location due to NYPD staffing.

You can find out specific details of a given street closure here. If you’d like to have a street considered for the program, you can fill out this survey.

As for the protected bike lanes that will open throughout May, they are as follows: