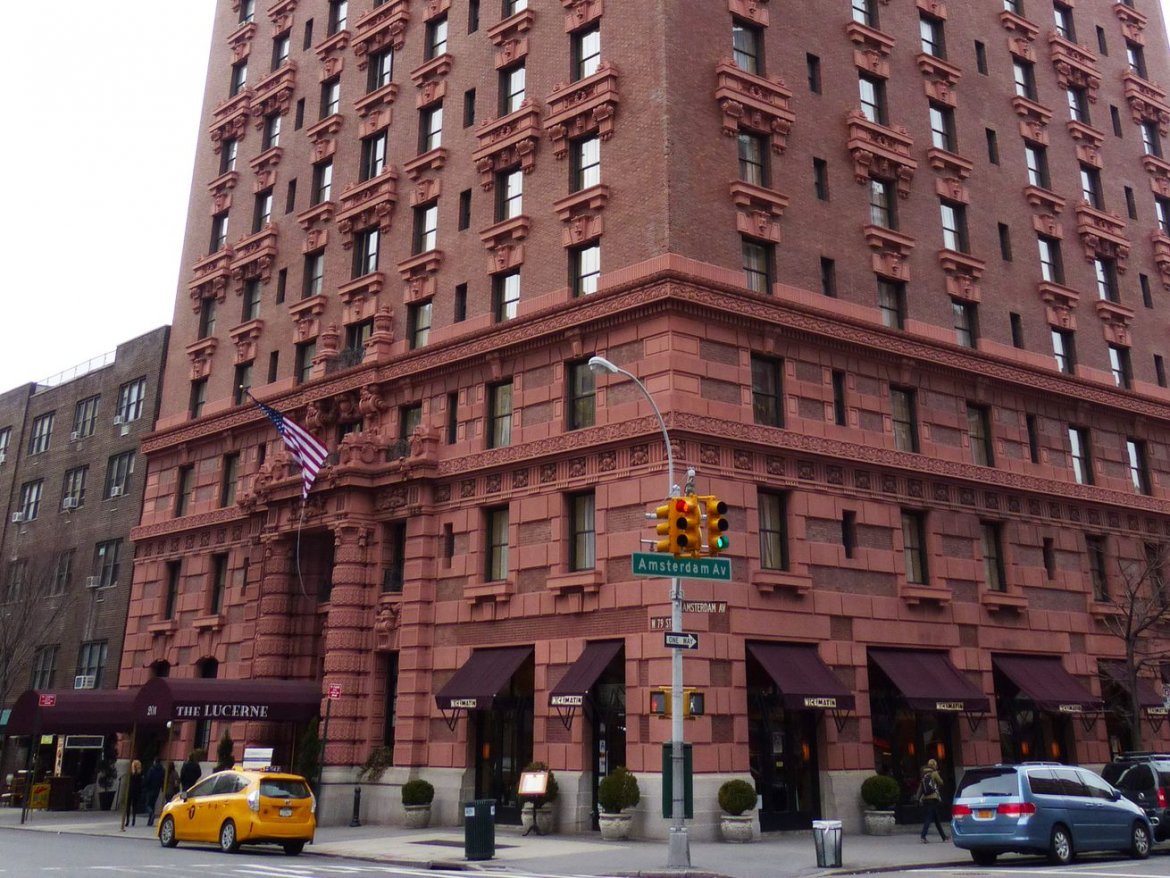 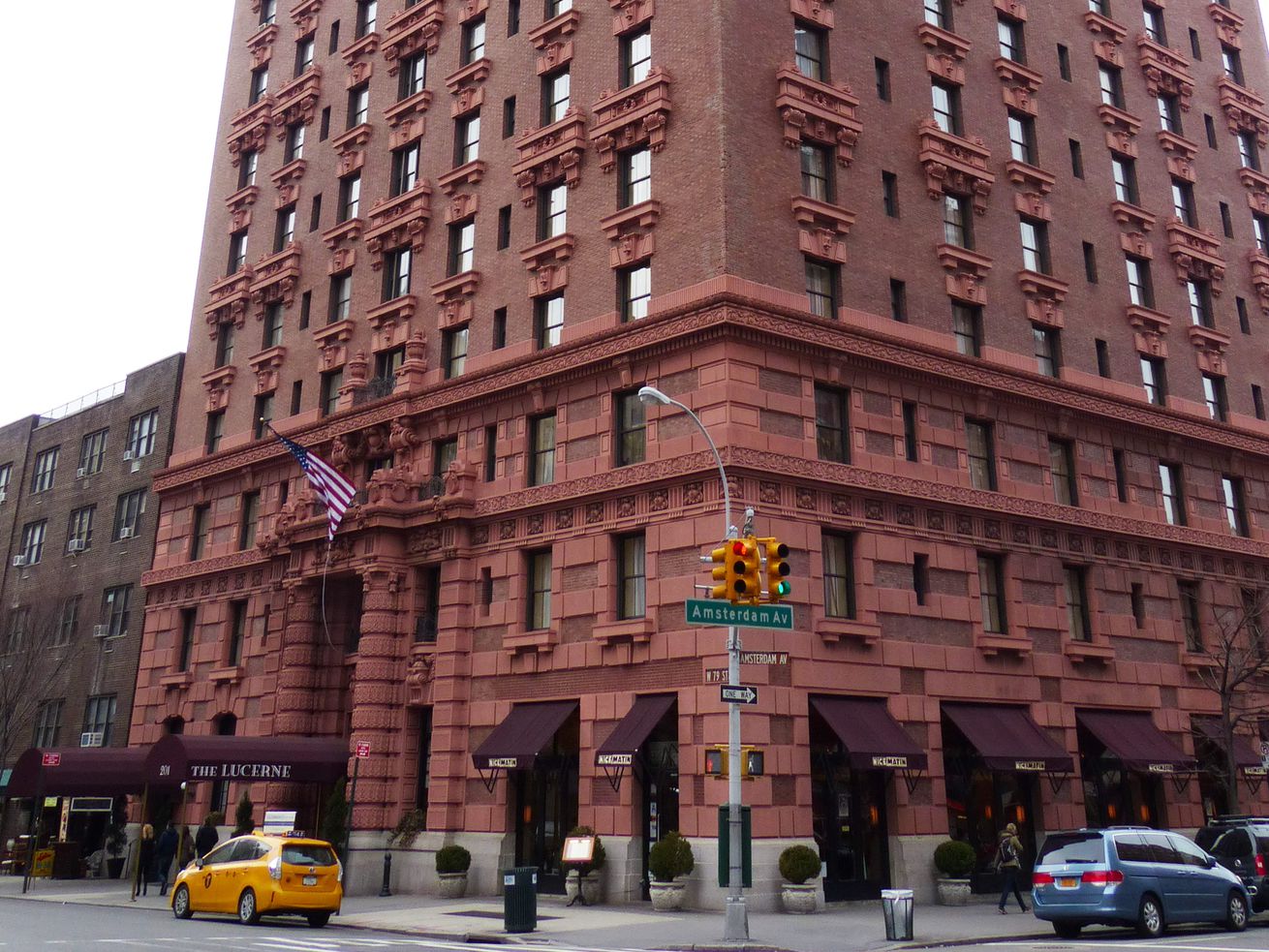 The latest: The de Blasio administration has paused moving people from the Lucerne Hotel as Legal Aid lawyers negotiate terms.

A fierce neighborhood conflict has been playing out on the Upper West Side since early in the summer, when residents began complaining about homeless New Yorkers who were temporarily placed in area hotels — including the Lucerne, Belnord, and Belleclaire — to help curb the spread of COVID-19 in the city’s crowded shelters.

One group of Upper West Siders has aggressively campaigned for the removal of their temporary neighbors. Through a new nonprofit called West Side Community Organization, they raised over $100,000 from (mostly) anonymous donors and hired a former top staffer for the Giuliani administration, Randy Mastro, to threaten to sue the city. Meanwhile, others in the neighborhood have rallied in support of the homeless residents through a group called UWS Open Hearts Initiative, organizing donation drives, a sleep-out protest, and generally advocating for their right to remain in the neighborhood.

Here is everything you need to know about the conflict and the latest developments.

How it all started:

In late April, NYC’s Department of Homeless Services (DHS) began to transfer thousands of homeless residents from the city-run shelter system into to 60 hotels across the boroughs to curb the spread of COVID-19. Some of those hotels included the Upper West Side’s Lucerne, Belnord, and Belleclaire, which together house around 700 individuals.

Join #UWSOpenHearts at the Lucerne for compassion and chalk at 2pm today… and if you have art supplies for hotel residents, bring ’em down! pic.twitter.com/VuyT80m0PS

Opposition lawyers up and threatens to sue.

After its successful fundraising effort, the West Side Community Organization hired former Giuliani top staffer Randy Mastro, who threatened to sue the city if the de Blasio administration didn’t provide a timeline for removing the homeless residents from the neighborhood. Mastro sent a letter to the city on August 26 and said that a lawsuit would follow if the de Blasio administration didn’t respond with a plan in 48 hours.

Mayor Bill de Blasio announces residents of the Lucerne will be transferred.

Nothing happened in the two days after the letter was sent. But about two weeks later, on September 8, the de Blasio administration announced that it was planning to transfer approximately 300 unhoused residents out of the Lucerne Hotel by the end of the month.

Corinne Low, a leader of the UWS Open Hearts Initiative expressed her outrage over the city’s decision at the time: “It’s been done based on pressure from a small segment of the Upper West Side, who raised money and lawyered up and obviously pressured the city into this,” she said. “That just sends a terrible message that the people with money — their comfort matters, they win, city policy is going to cater to them and not the needs of vulnerable individuals.”

Following de Blasio’s announcement, the details of the plan became clear: Because it is still unsafe to move the Lucerne residents back into the shelters, they would instead be moved to Harmonia, another hotel in Midtown used as a temporary homeless shelter. Around 150 adult families living the Harmonia (including some disabled individuals) would be forced to move out of the facility in order to accommodate residents of the Lucerne.

“My husband and I are in wheelchairs, okay? And I’m on oxygen,” Glenda Harris, a 56-year-old resident of the East 31st Street shelter told the Daily News on September 10. “Last minute, they tell us we have to leave.” The residents were reportedly given “Notices of Administrative Transfer” without transfer dates or locations on them.

Thirty-four residents were immediately transferred out of the Harmonia shelter. Some, including a 63-year-old woman who uses a walker, were transferred to North Star, a facility in Long Island City. The city then blamed those transfers on a “communications glitch,” Legal Aid Society lawyers said. Glitches aside, advocates say moving the Lucerne residents will result in a “ripple effect” as 900 homeless shelter residents (including kids about to go back to school) in Manhattan, Brooklyn, and Queens would be shuffled around.

Advocates call out the mayor, and the city hits pause on the relocations.

The same day the city began transferring some Harmonia residents, Legal Aid Society lawyers announced that they were preparing to sue the city over their plan to move them out. “Mayor Bill de Blasio’s pathetic and shortsighted surrender to Upper West Side NIMBYism has unsurprisingly disrupted the lives of other vulnerable New Yorkers at various shelters around New York City, all in the midst of a public health crisis,” Judith Goldiner, an attorney with Legal Aid, said in a statement. The organization said that if the city didn’t provide proper accommodations for the families being transferred, they would file a temporary restraining order in the State Supreme Court.

Recap: The day started with painting “Stars of Hope” to hang at The Lucerne where homeless individuals were being displaced to 31st st, in turn displacing a specialized shelter serving disabled families. We marched to 86th and East End, rallied, then to @NYCMayor‘s front door. pic.twitter.com/ulTSKV0VIv

Then, over the weekend, hundreds of advocates including UWS Open Hearts Initiative gathered to protest outside of Gracie Mansion (the mayor’s home) for hours, asking him to reverse his decision to transfer the residents. On Monday, September 14, the de Blasio administration said it would pause all actions to move homeless residents out of hotels. The Legal Aid Society said they would continue to negotiate with the city to ensure that “every New Yorker in shelter can be safe and healthy and receives the accommodations that they are entitled to as prescribed by law.”