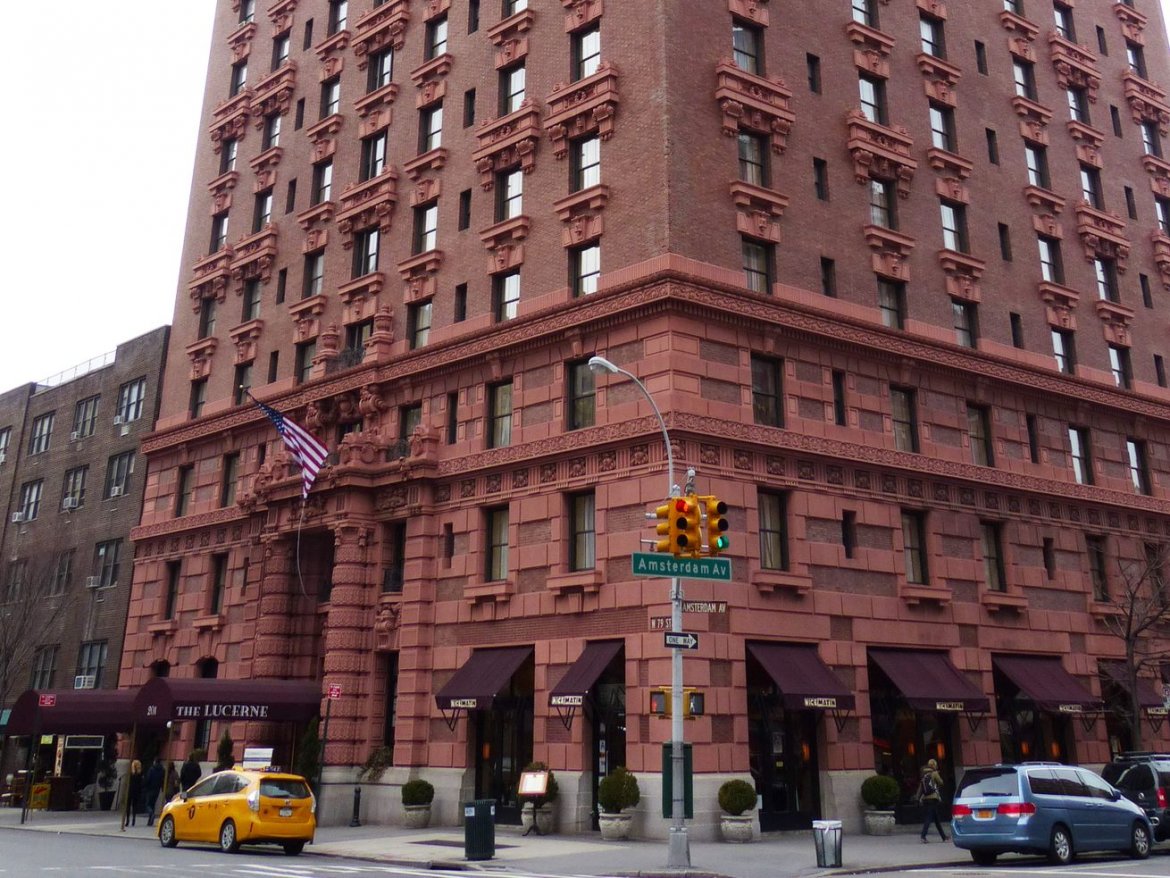 A Sidewalk ‘Sleep-Out’ in Support of the Homeless on the UWS, Weed-Eating Goats, Fairy Doors in Queens, and Other News 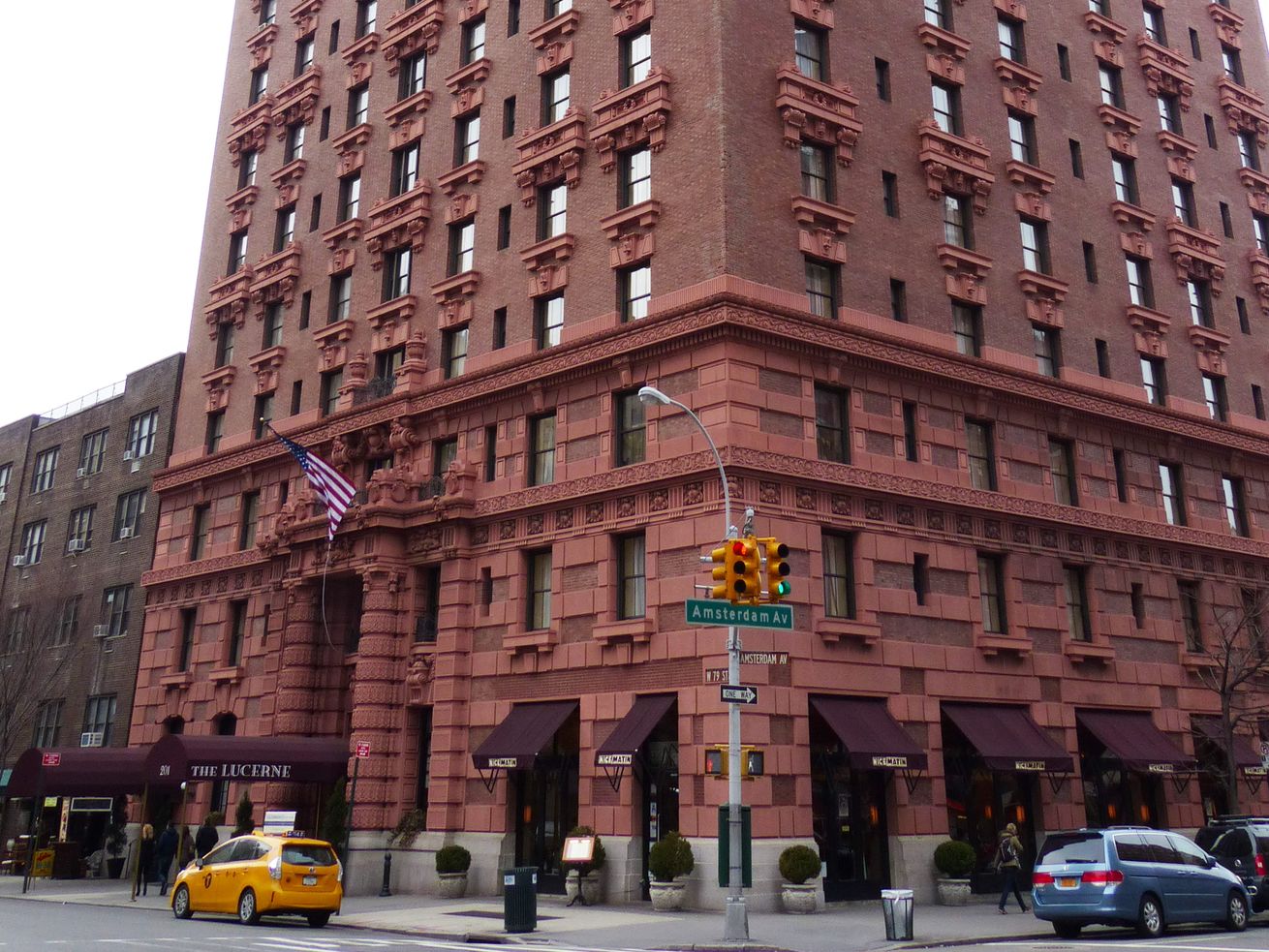 Here’s some of what happened around town this week.

A group of Upper West Siders gathered on the sidewalk of the Lucerne Hotel on West 79th Street last Saturday night for a “sleep-out” and art protest in support of the temporary homeless residents staying there and in two other neighborhood hotels. Per the organizers, around 80 people hung out with hotel residents and drew chalk messages on the sidewalk while at least 15 participants spent the night outside the Lucerne on yoga mats and in sleeping bags.

Corinne Low, a member of UWS Open Hearts Initiative group, which organized the event, said the best part was engaging with the hotel’s residents, who spoke about “how hurtful some of the stigmatization that they’ve experienced has been.”

The protest came a few days after another group of area residents, called the West Side Community Organization, hired lawyer Randy Mastro to further their fight against the temporary shelter. He threatened to sue the city on the group’s behalf if de Blasio didn’t provide a timeline to move the approximately 730 homeless New Yorkers staying in the Lucerne, Belleclaire, and Belnord hotels back to shelters.

In a statement, the West Side Community Organization called the “sleep-out” both admirable and a publicity stunt. “Some of these new residents have engaged in criminal activity, defecated openly and menaced residents, among other quality-of-life infractions,” the statement read.

During the protest, a resident wearing a Trump hat was caught on video making a racist remark as he passed by, yelling “white lives matter” and making a “white power” symbol with his hand.

Still, Low and other members of the Open Hearts group believe the event was successful in focusing on the quality of life for shelter residents. “They are also New Yorkers. Their lives matter; their quality of life matters.”

Maybe because so few suburbanites have been commuting into the city, Manhattan parking garages are running on fumes. One of the city’s largest garage operators, Icon Parking, is facing a whopping 15 lawsuits for more than $6 million in unpaid rent.

Alfresco learning may be coming to a street near you: City Hall has given more than 300 schools the go-ahead to launch outdoor-learning spaces. That’ll mean streets converted with tents and cushions for rain-or-shine lessons.

Mayor Bill de Blasio conceded Thursday that getting the Brooklyn Queens Connector streetcar line on track will be up to the next mayor. “Everything’s been slowed down by the reality of the coronavirus,” the mayor told reporters.

Sacks of Hudson Valley malt and corn sailed into Brooklyn last week in the hold of Apollonia, a 1946 steel-hulled schooner. The voyage wasn’t a historical reenactment but rather an attempt to bring carbon-neutral shipping back to the Hudson River.

After a six-month hiatus, the Tenement Museum will restart its neighborhood walking tours next week, but indoor programming at the cramped Lower East Side rowhouses remains on hold.

On September 8, a squad of 20 goats will arrive to de-weed Stuy Cove, a two-acre park across the FDR Drive from Stuyvesant Town and Peter Cooper Village.

It’s the last days to shop at Neiman Marcus in Hudson Yards (which always seemed doomed to fail). Enter through the Tenth Avenue entrance only.

Human residents of Sunnyside have been building “fairy doors” throughout the neighborhood to shelter fairies.

In the wake of an exodus of young families from Tribeca, the kids’ maker space Brooklyn Robot Foundry on Church and Duane will close.

JPMorgan Chase is well on its way to demolishing its HQ at 270 Park Avenue to make way for a 1,425-foot tall replacement. (Presumably by the time it’s built, we’re going to be back working in offices?)

Leaf-peeping season is nearly upon us! If you’re the type to flood your Instagram feed with fiery fall foliage, you can take that hobby to the next level by volunteering with I Love NY, the state’s official tourism website, to help visitors discover the best seasonal changes across the state.